From the S&S archives: Stars and Stripes interview: Dustin Hoffman 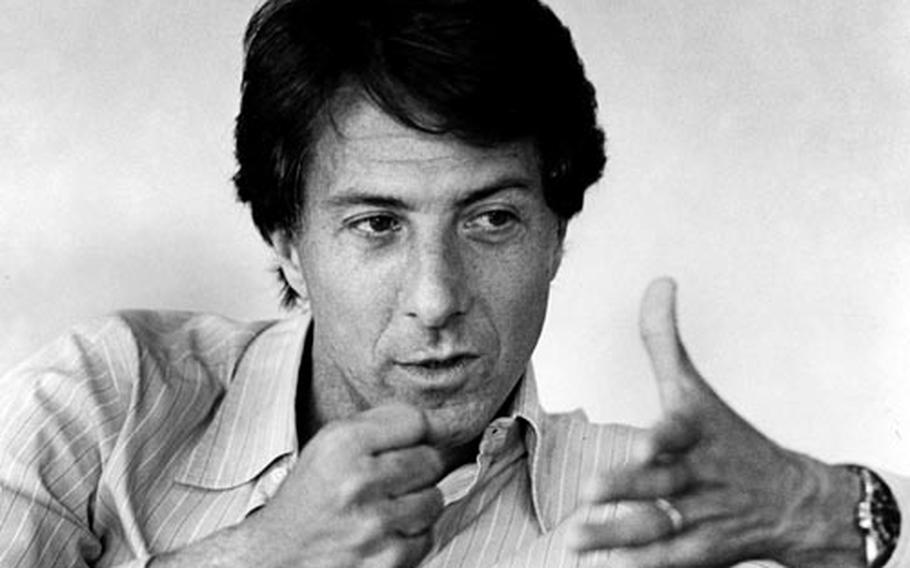 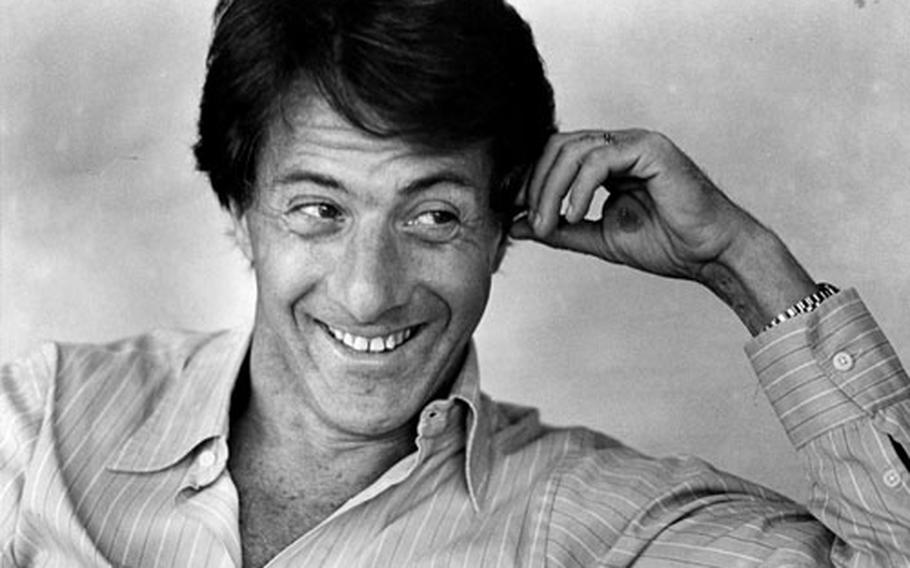 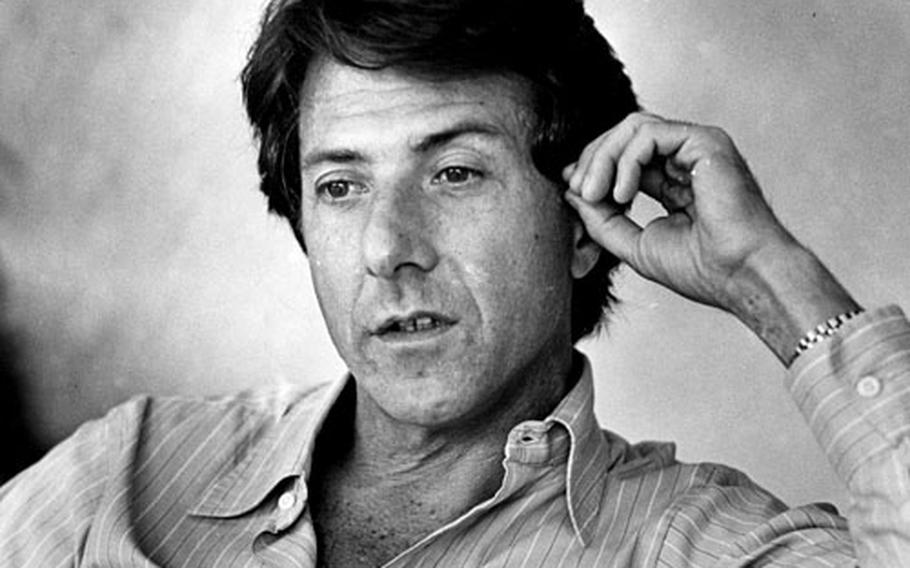 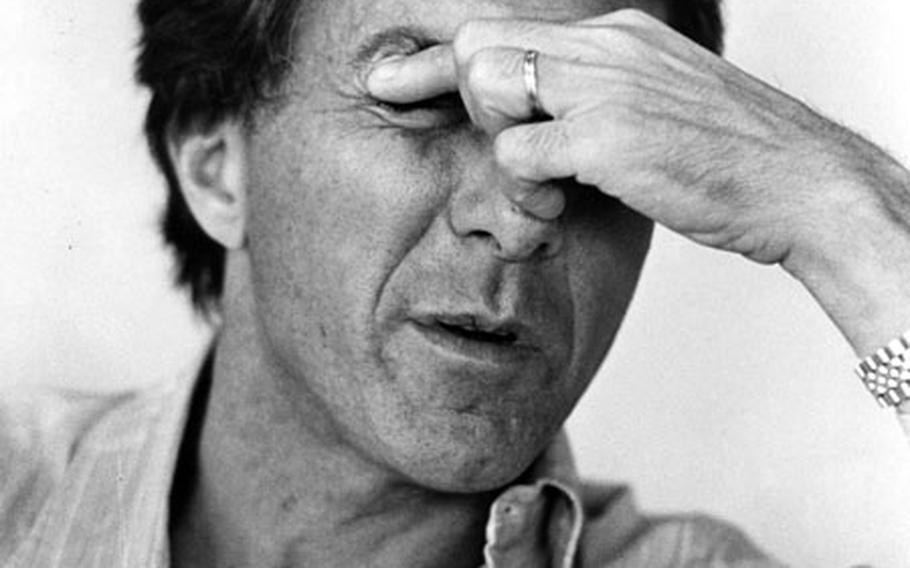 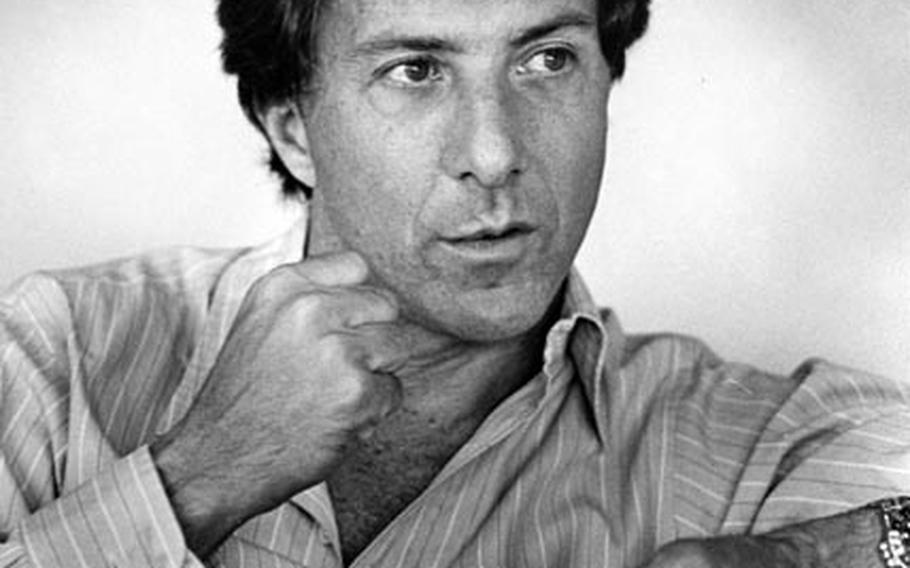 "Am I impressed with myself?

For emphasis, Dustin Hoffman punches a fist into an open hand, and then he begins to shift in his chair, restless once again. He crosses his legs and draws closer. His eyes widen, telegraphing excitement, urgency.

Crazy? No. Baryshnikov didn&#39;t think so. He understood. He had, he said, only experienced two, maybe three fleeting moments where; in the height of dance, he captured what was for him the essence of expression.

But Hoffman wants more than just a moment. He wants an eternity of those moments. He has appeared in 15 films in which, he says, he has had only a few moments. He has been awarded an Oscar for a full performance, not just a moment, for his role as a father/husband confronted with an unexpected divorce in "Kramer vs. Kramer." He received his fifth Academy Award nomination for Best Actor in "Tootsie" this year.

"I feel so relieved this time," the 45-year-old actor says sitting in Tokyo&#39;s Imperial Hotel three days before. the Academy Awards. "I: feel certain &#39;Gandhi&#39; is going to sweep it.

He is fluent in body language. Teeth clench. Eyes narrow into crowfeet. He grabs his stomach.

Hoffman is the loving workaholic family man in "Kramer Vs. Kramer," too wrapped up in his work to see the lives around him. "The Graduate&#39;s" Benjamin makes an appearance. Disillusioned with the values associated with his life, he still plays the game but finds himself wrestling with the need to break away. The curt, hard-nosed reporter in "All The President&#39;s Men" shows through. He&#39;ll stop at nothing to get what he wants. The :answer: The truth.

"My wife told me she will always remember me in &#39;Papillon,&#39; Hoffman says. "The part where I come out with the pigs

He laughs at the picture that flashes across the mind: a prisoner, condemned to Devil&#39;s Island; a Myopic, pinched-faced man whose hermitic soul finds a measure of joy in taking loving care of his only companions.

"It&#39;s hard not to be sad," Hoffman says. "There are people who have to work less hard at being happy, I have to do things to be happy."

The character in "Papillon" had his pigs. Hoffman has his work &#8212; and jogging. And he talks about it with the same passion that some people reserve for discussions on the meaning of life.

"&#39;When I. get done jogging, there&#39;s nothing that&#39;s going to bring me down that day. I have a hunch humans are constructed to break sweat. I don&#39;t mean artificially, by sitting in a sauna. If you can break sweat, it changes your day."

His mind, however, is ever running &#8212; one thought chasing another. His gestures &#8212; throwing up his arms like an Italian uncle &#8212; are a show in themselves. His fingernails are bitten almost to the cuticle. His words stumble over one another in a rush to get out of his mouth.

He is better, he says, than he was before.

There was that time in 1965 when he was scheduled to replace Martin Sheen in the Pulitzer Prize Broadway play "The Subject was Roses." The night before the first rehearsal, he suffered severe hand, arm, leg and chest burns in a kitchen fire at a girlfriend&#39;s house. He refused treatment and went through with rehearsals. Eight days later he collapsed and was taken to the hospital where he almost lost his life.

"If I had to choose a great movie and give up five years of my life I think I would have hesitated," he says. "Now I feel differently. I still want to do good work, but &#8212; I remember once &#8212; It hit me one day when I was going in the house and there was this nest above the door and someone pointed it out and said, .Look!&#39;"

There was a world beyond the scope of a camera lens, and he was missing it.

"You &#8212; you. realize you can only enjoy life if you&#39;re somehow with your work," Hoffman says. But; as he says with a laugh, he&#39;s getting better. "My tendency; still; if I take my kid out to the park or something, I have to take a camera along. To sit and enjoy my kid I have to shoot it," says the twice-married father of four. "It&#39;s almost like a disease.

"You see this beautiful moment of the child," he says, outlining the frame of a moment with his hand. "Then it&#39;s dead.

"As good a feeling as it gives you, it frightens you. If you can record it, it somehow takes the pain away."

A photograph is like the imprint of a star in the night sky. The star may be dead, but the light is there, after having traveled the expanse of the universe. In the same way, Hoffman wants to affect people &#8212; the way Charlie Chaplin did in "Modern Times."

"If the audience is going to laugh, I don&#39;t want them to just laugh. I want them to laugh until they&#39;re falling off the chair.

Death, he says, is "people who don&#39;t care about their work." By his definition, then, Hollywood is filled with stiffs

"There&#39;s a part of that aspect of Hollywood mentality that&#39;s part of human mentality. That I don&#39;t like is the desire not to do as good as you can.

For all that Hoffman has achieved, and all that he is trying to achieve &#8212; in his life and in the movies, he doesn&#39;t think Dustin Hoffman will be remembered.

"If you look, you&#39;ll see there are really really great actors that people don&#39;t care about these days. Someone like Paul: Muni and Charles Laughton.

"Six, eight, 10 great roles. I don&#39;t think it means anything," he says. "People that tend to live today are ones on TV. If the Marx Brothers and Lucille Ball weren&#39;t shown on TV on old shows, people wouldn&#39;t watch them."

Will you be remembered?

"It&#39;s a deathist culture," he insists. "Americans have a very short memory about anything. About anything.

"Who remembers anybody? What does Jack Kennedy mean to a 20 year old? Nothing. "Am I going to be remembered? I mean, who remembers?

"It&#39;d be nice if you could start life as an old man because by the time you understand the quality of life, you don&#39;t have the quality of your body.