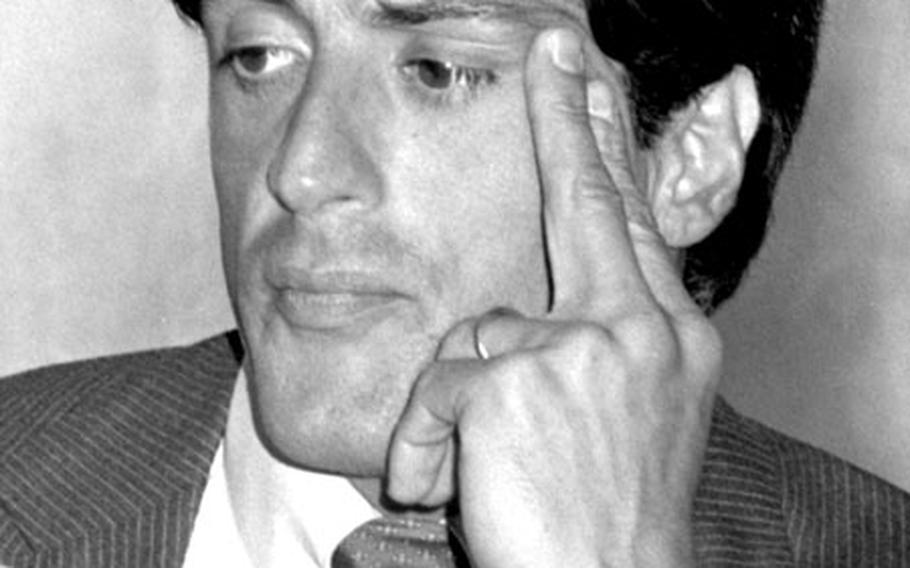 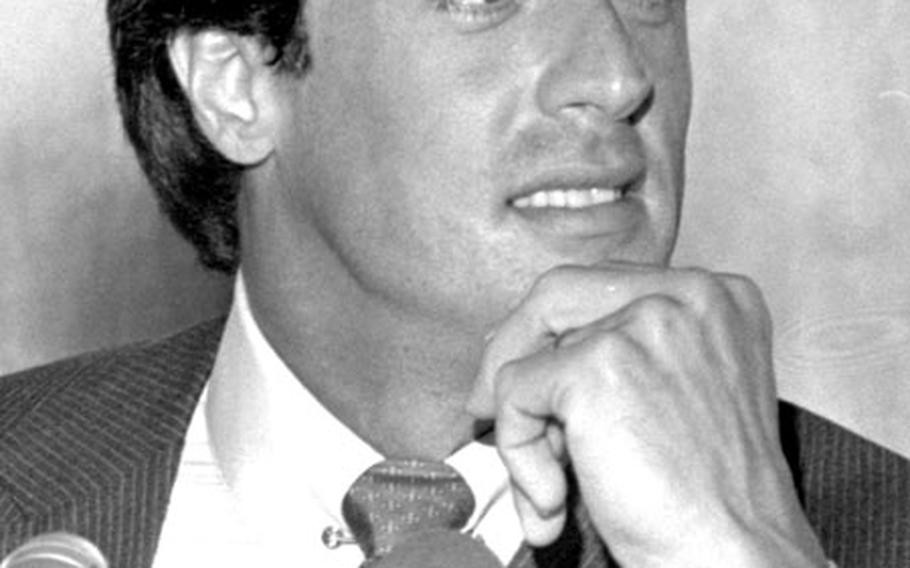 TOKYO &#8212; Sylvester Stallone says that Rocky, the ham-and-beans slugger who took himself and his actor-creator from the pavement to the pinnacle, is hanging up his gloves to retire gracefully to the gallery of the greats.

After "Rocky III," which has been completed but not released, Stallone said, Rocky will be no more. And Stallone, an unknown before he created and portrayed the character that threw a straight right to the hearts of millions of moviegoers, will move on to other things.

FOR SIX years, Stallone recalled, he has walked with the inarticulate, punched-up nobody who was granted a million-to-one shot at a world title &#8212; and won.

Stallone won, too, coming out of obscurity to become a superstar.

By retiring Rocky, Stallone said, he&#39;ll be taking it easier on himself.

In shooting the scenes for Rocky&#39;s last fight &#8212; scenes that the actor handled directly, without a double &#8212; Stallone really took his lumps. He was carted from the stage to a hospital, where he was treated for three cracked ribs, a broken nose, a chest injury that took 165 stitches to close and a cracked vertebrae that may never heal.

"When I was laying there in (the hospital) bed, I lost a lot of weight and grew the beard," Stallone said. "And everyone kept saying what a different image it was. And I thought of how interesting (it would be) to play a policeman who looked like this, just to be a little different."

THE RESULT is a film called "Night Hawks," which Stallone is in Tokyo to promote.

The actor portrays an idealistic cop who, after joining a tough undercover squad, dumps his compassion and ideals and becomes like the demented terrorist he has to track down and kill.

Though fuzzy-faced in "Night Hawks," Stallone was clean-shaven when he came to Tokyo, as he was when he portrayed the block-jawed Rocky.

Telling of how his success all came about, Stallone related that he probed around the edges of his trade for years and never went anywhere.

"Well, I started writing (because) as an actor, I was getting nowhere," he said. "And I was extremely aggressive and I was kind of lashing out against society. I was getting into fights and arguments and it was very, very bad."

NONE OF HIS first scripts were usable, Stallone said, but they helped release his anger and channel the talent that had had no place else to go.

Stallone and most of the others in the cast were unemployed unknowns, he said &#8212; the reason the star-scriptwriter-director was able to finance his film thinly and take an all-the-eggs-in-one-basket chance.

"Rocky" was a box office smash and won Stallone Academy Awards for Best Picture and Director. But the success spawned by "Rocky" almost cost the actor his marriage.

Stallone said several well-publicized flings that he had were a result of his being thrust almost overnight into a "whole new world" of wealth and fame.

"I MADE a great many mistakes," he said. "I felt that I wanted to go out and live and experience and do all the things that I&#39;d always read about because I thought that would give me happiness.

"Well, it didn&#39;t, but I don&#39;t regret it because I learned from it, and now I&#39;ve gone back to what feels better, feels natural. But it all happened for a reason, and my marriage is better off now than it was before."

In the last "Rocky" film, Stallone said, his prizefighter is stricken with something he never knew before &#8212; "overwhelming, soul-clutching, disabling fear.

"And the worst thing in the world a fighter can have is fear," he said. "He really believes that he&#39;s a coward and everything else ... It&#39;s about what happens when you become wealthy and famous and you don&#39;t think you have to work ..."