From the S&S archives: Sing Out '66 tours Germany 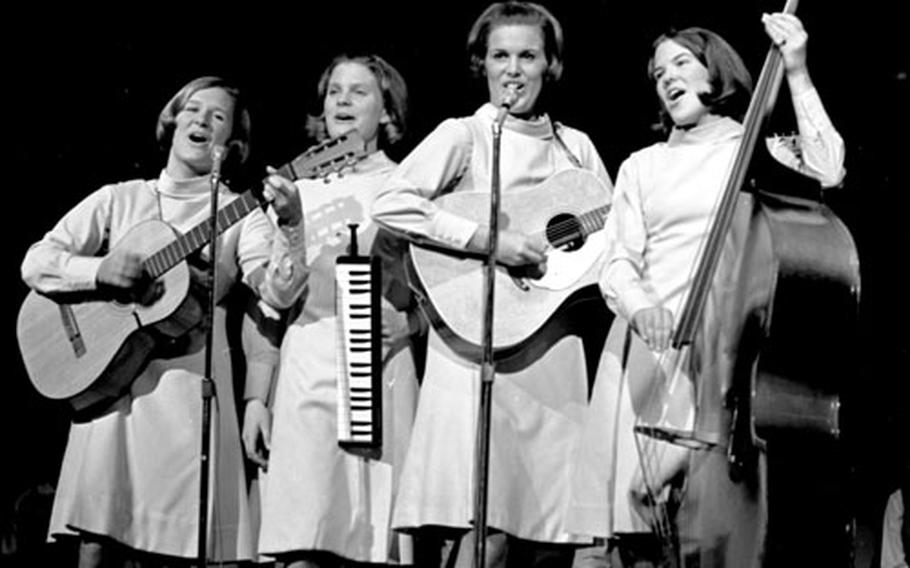 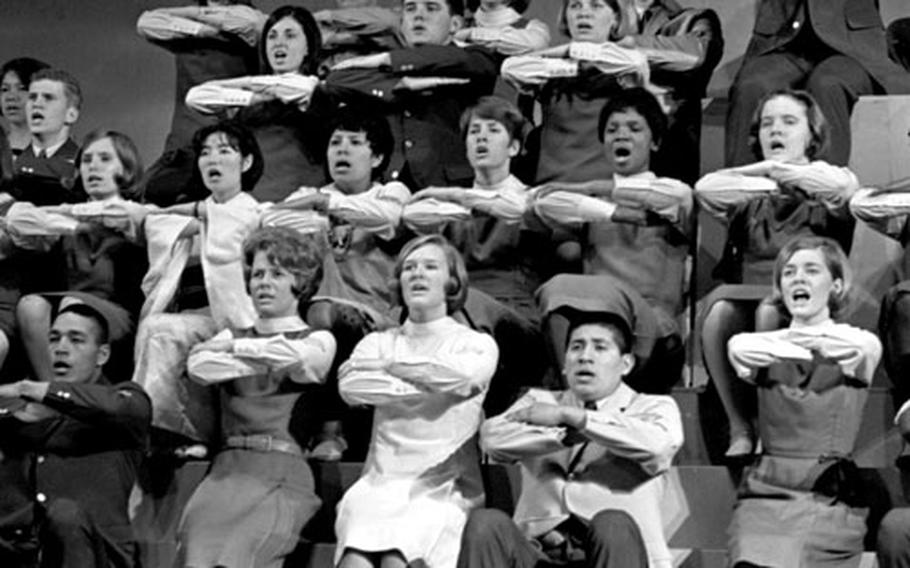 Buy Photo
The show had a cast of 150 American students. (Merle Hunter / ©Stars and Stripes) 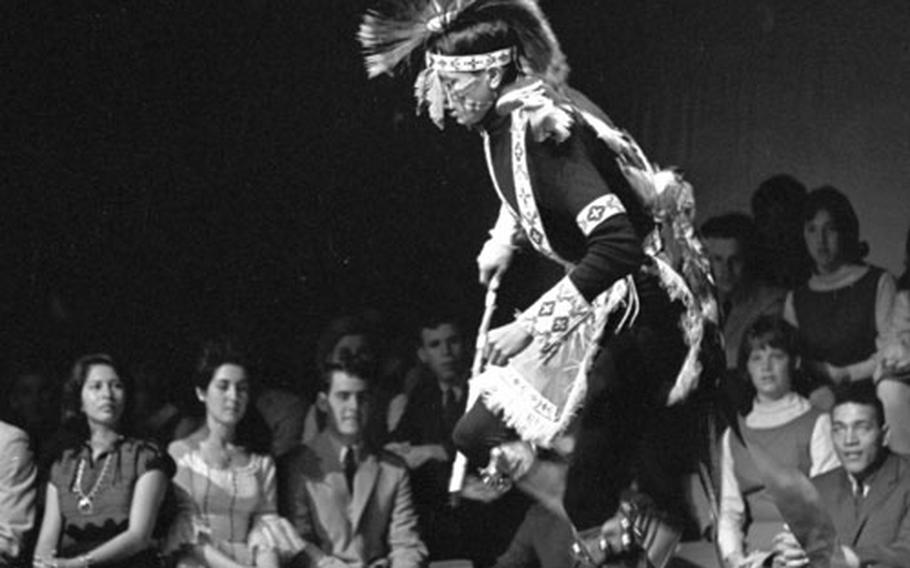 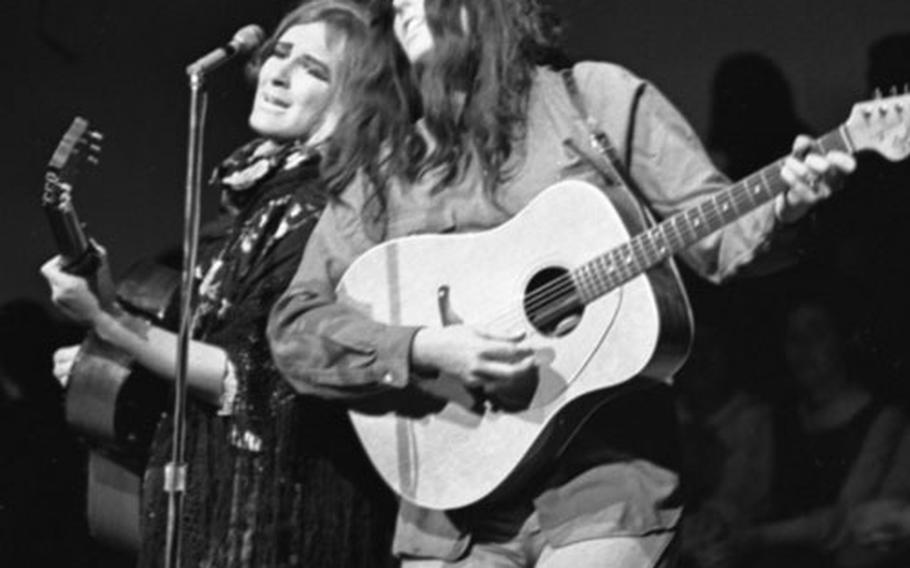 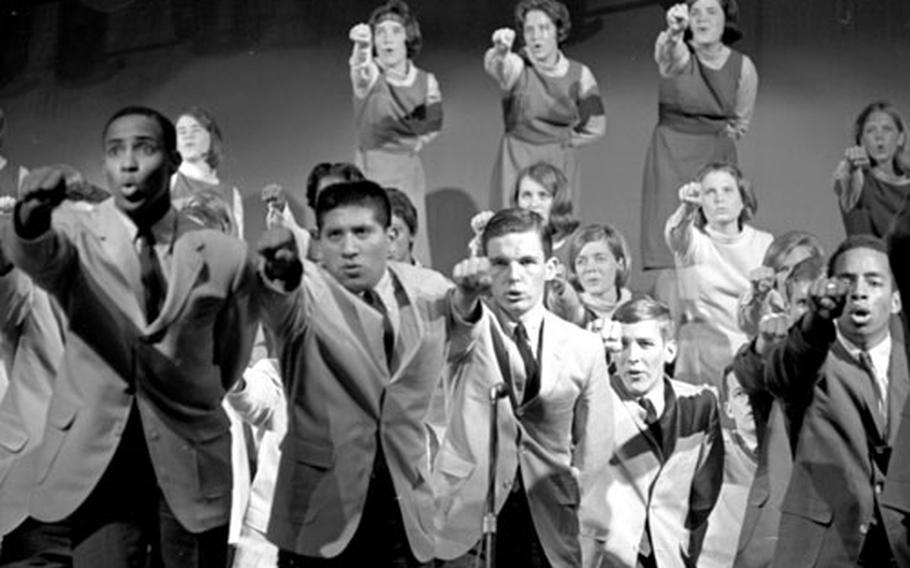 SING-OUT &#39;66" is a Yankee-Doodle-Dandy show that preaches in song the message of God, country, and clean-cut youth.

The swinging, rocking troupe of American students &#8212; 150 strong &#8212; is touring Germany at the invitation of Chancellor Ludwig Erhard who is "convinced that they will make a valuable contribution to the maintenance of the free society in the world" and "with our German youth will give life and meaning to freedom for all men."

"Sing-Out" was organized last September at an international Moral Re-Armament revival meeting "to wrest the microphone away from today&#39;s headline-seeking college beatniks and pacifists."

The chorus makes its gusty entrance on stage with an Olympian dash and never stops hand-clapping, finger-snapping, knee-slapping, toe-tapping, heel-rocking, shoulder-swaying, and arm-swinging for two hours.

Heading the "big sound, big idea torrent of talent" are the Colwell Brothers, Steve, Paul, and Ralph. These instrumentalists (guitar, banjo, string bass) and singers write their own material.

Other triple threats as composers, instrumentalists, and vocalists are the Green Glenn Singers &#8212; Kathe Green, daughter of MGM musical director Johnny Green, Glenn Close, Virginia Entwistle, and Jennie Dorn. Musical director for the production is Herbert Allen, who also solos on the xylophone.

The show has toured the United States and Far East and has inspired the founding of about 40 other such nonprofit troupes dedicated to MRA&#39;s "absolute standards of honesty, purity, unselfishness and love."

Program director John Sayre, an Olympic rowing champion, summed up the show&#39;s aim as a determination that "our generation is not going to be represented by the pacifist, antipatriotic minority who are squawking so loudly on the campuses today."

"Neither will we be, he said, "a part of the aimless majority who live only for themselves. We want to show the world what America is all about."