From the S&S archives: Satch on upbeat Europe swing 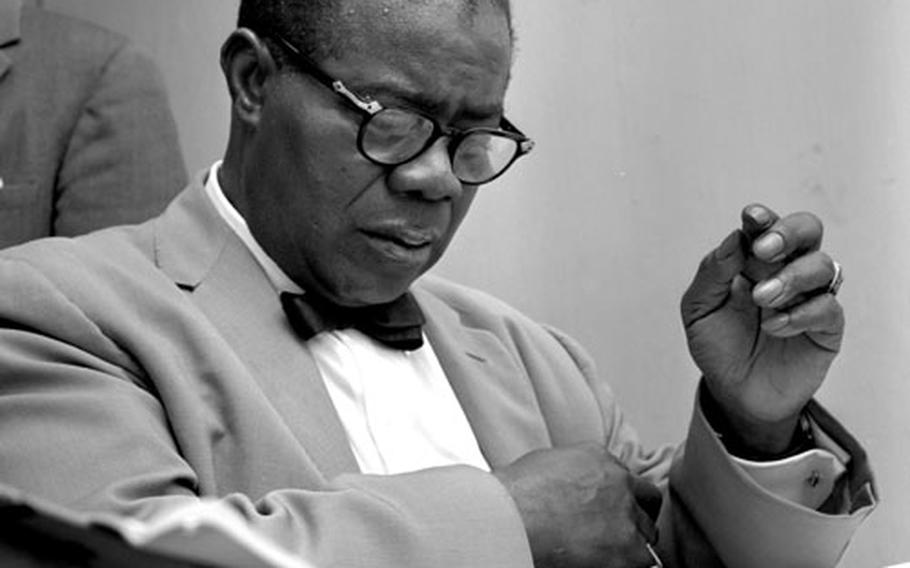 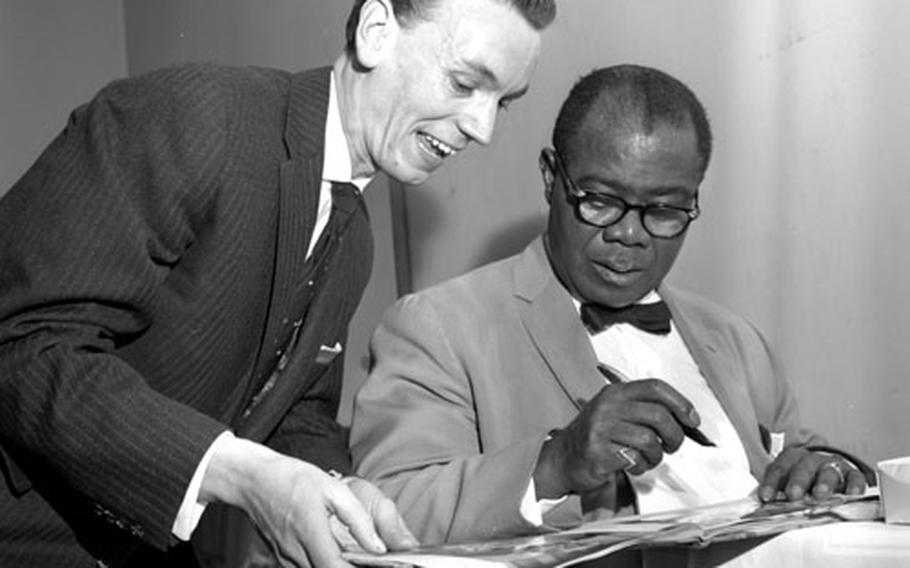 FRANKFURT &#8212; Senior U.S. ambassador of good will Louis (Satchmo) Armstrong and his Armstrong All-Stars dragged into the dressing room at the Frankfurt Messe&#39;s Kongress-Saal around midnight after almost five hours of near-continuous playing before two audiences.

Bassist Mort Herbert leaned against a table, sweat running down his face, body swaying in an advanced state of exhaustion.

Clarinetist Barney Bigard, who has been appearing with Satchmo on and off since the Twenties, slumped at another table and cradled his head in his arms. Pianist Billy Kyle and drummer Danny Barcelona showed little more staying power.

Louie retreated to another room and sprawled in a wooden chair, mopping sweat from his brow with his ever-present white handkerchief &#8212; as much a Satchmo trademark as trumpet and frog-croakish voice.

Drawing strength from some unknown reserve, Louie went on to explain that he had been on the go since 5 o&#39;clock that morning.

"We had to get up at that time to make connections from Stuttgart to here. Then I spent about three hours this morning in a dentist&#39;s chair.

"Then :there was a radio interview. And we had to get ready to come to this place at 6 o&#39;clock."

Throw in time for meals and a brief nap after the dental ordeal and one can see that an Armstrong barnstorming tour is all work and all "play," but not relaxation.

"Sure, the guy&#39;s human. This sort of thing takes a heck of a lot out of him," remarked Dr. Alexander Schiff, the group&#39;s accompanying physician, in reply to a question on Louie&#39;s ability to withstand such continued strain.

"It&#39;s not money that keeps him going like this night after night," said Trummy Young, who has been playing trombone and assisting Louie in comedy and song with the All-Stars for nine years.

And a showman Louie continues to be. The two audiences sat in rapt devotion as Louie and his group played and clowned, swinging out all the Armstrong trademarks, "High Society", "Blueberry Hill", "Ko-Ko-Mo", "Kiss to Build a Dream On", "Mack the Knife" and on and on, winding up with "When the Saints Go Marching In."

Every move, every action, every solo was roundly applauded.

Ahead of Louie and his group lies a string of one-nighters in Switzerland, Germany again, Scandinavia and one more invasion of Germany before returning to the U.S.

"We&#39;re going to get a month or two of complete rest before making the circuit in America. And we&#39;re still hoping to get the go-ahead from the State Department for a tour of Russia."

The speaker was Louie&#39;s wife and constant companion, Lucille, who admitted excitement over the anticipated adoption by the Armstrongs of two infants, one each from Ghana and Cameroon.

"Nah, man, of Pops likes to play for everybody, everywhere," Louie chimed in. "There&#39;s lots of places and a lot of people that we haven&#39;t seen yet."

Back at their hotel, Satchmo said good night and headed for the elevator, his room and, a welcome bed.