From the S&S archives:Robinson will return to Japan 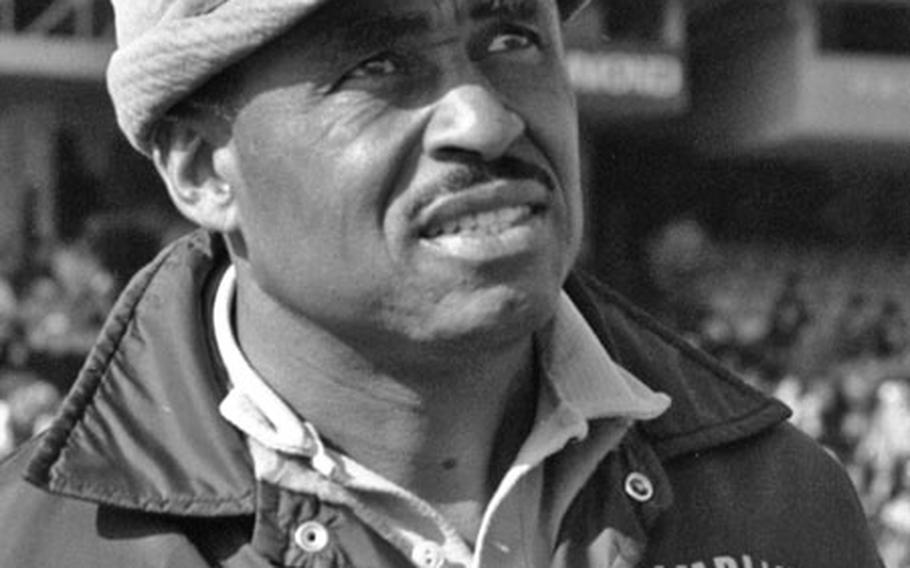 That Tokyo National Stadium bowl clash has been designated the Joe Roth Memorial Bowl game and is scheduled Jan. 14.

The game will be a repeat performance for the same two teams appearing in the Jan. 1 Hula Bowl game in Hawaii.

"I&#39;ll look forward to coming back to Japan again," Robinson said in a Mirage Bowl post-game interview Sunday. "I&#39;d also enjoy the chance to bring Grambling back again next year for a second Mirage Bowl game."

Robinson said that participation in yet another bowl game in Japan in as little as one month&#39;s time would be a real feather in anyone&#39;s cap.

"It would for anyone," he said. "No matter if it&#39;s me, Doug, Mike Moore or any of the Temple staff and players.

"Bringing our brand of football to Japan is a real thrill and I&#39;m always excited when I&#39;m any part of it."

Tickets range from 1,500 to 5,000 yen and are available at most Tokyo playguide stands.