From the S&S archives: Ringo and his All-Starrs create a night to remember 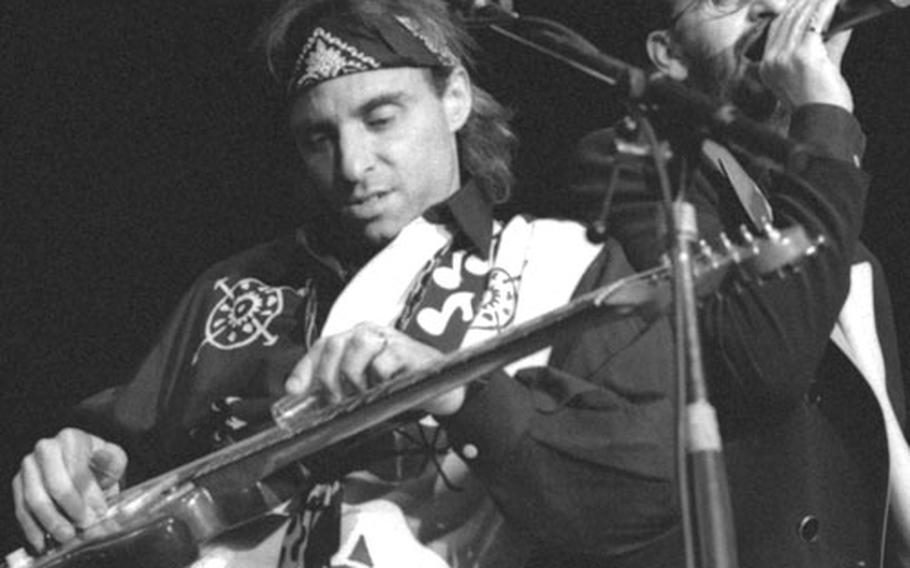 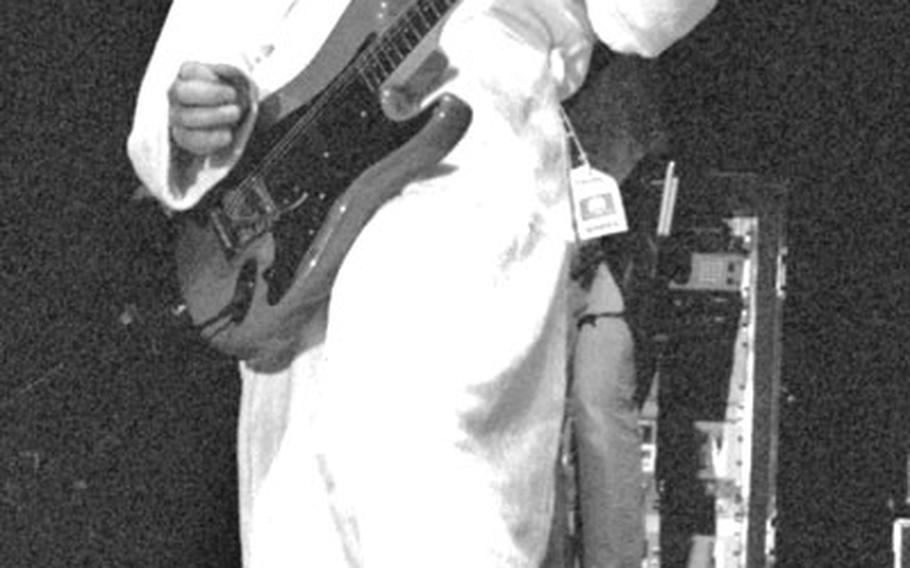 Todd Rundgren, barefoot and dressed in a bathrobe, adds a bizarre edge to the show. (Michael Abrams / ©S&S) 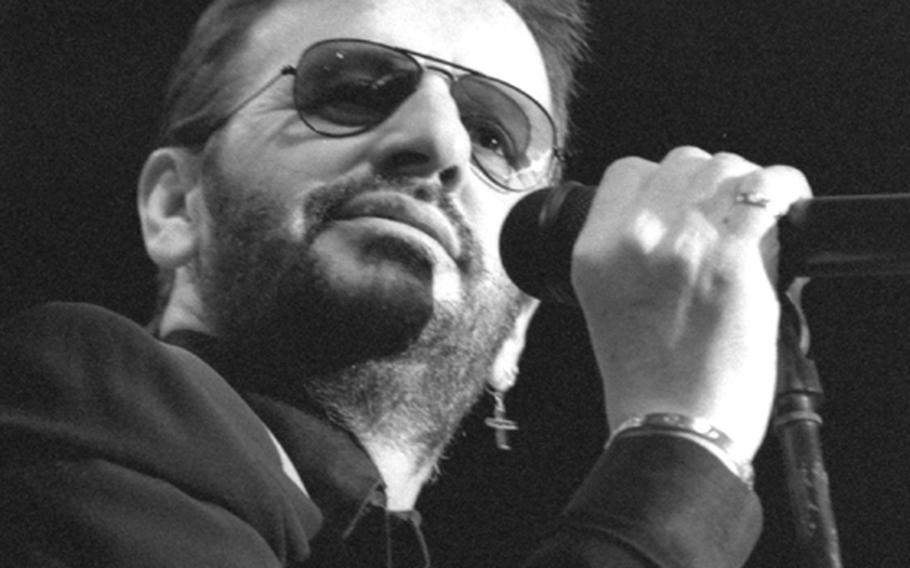 Amid a collection of great rock talent, the spotlight was on Ringo. (Michael Abrams / ©S&S) 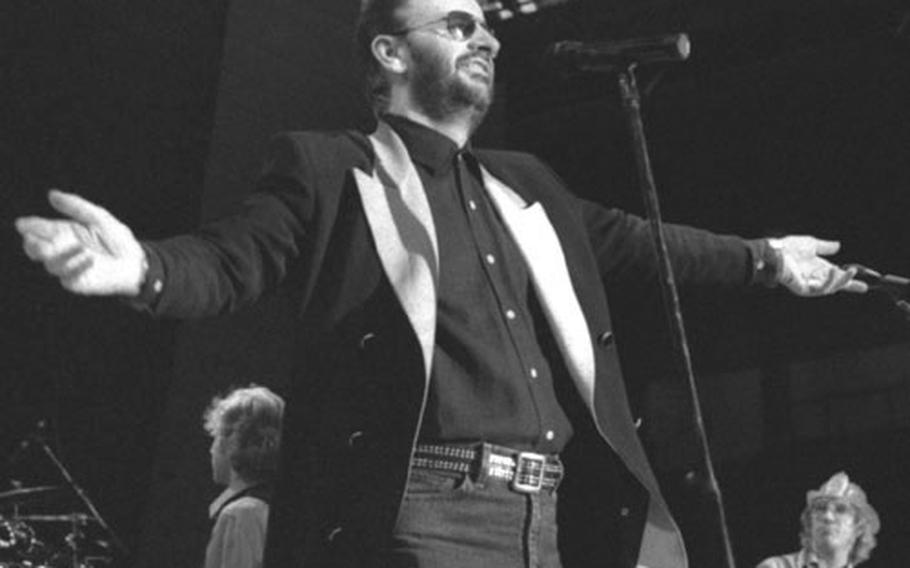 This distaste for the former E Street Band journeyman dates back to the late 1970s when Lofgren warmed up a Seattle audience for chart-topping Boston. The elflike Lofgren wore a flowing kimono with sleeves that kept tangling in the strings of his guitar. This and his penchant for hop-fueled heel-and-toe footwork created a combination that irritated Steve beyond musical differences, say, beyond even his considerable dislike of Steely Dan.

So what does this have to do with Ringo Starr?

Lofgren is one member of the once-and-always Beatle&#39;s All-Starr Band that is touring Europe to promote Ringo&#39;s new album, Time Takes Time. And when you put Ringo onstage with such luminaries as Todd Rundgren and Joe Walsh, and worthy companions like Dave Edmunds, Burton Cummings, Timothy B. Schmit and Tim Cappello, well you have a lineup that&#39;s good enough to carry even someone like Lofgren.

As he and the All-Starrs proved Sunday night at the Unterfrankenhalle in Aschaffenburg, Germany, Ringo&#39;s got the right idea about putting a show band and a good time together with &#8212; dare I add the cliche &#8212; a little help from his friends: Take first-class musicians, play timeless music &#8212; the elements add up to an irresistible attraction.

Ringo was undeniably the star of the two-hour show, serving as master of ceremonies, performing the most solos and demonstrating the acid test of stardom: entering a healthy distance after his co-stars and exiting first. But he offered his friends generous stage time to perform their own signature tunes, and he drummed along with many of those songs. What are friends for, anyway?

Also among the All-Starrs was Zak Starkey, Ringo&#39;s son and a powerhouse drummer.

"The most captivating moment of the whole night was when I saw him (Ringo) glance over at his baby," said audience member Julie Pollack, who lives near Giessen, Germany. "You could feel that protective instinct. And that child was working himself to death for Daddy."

Zak didn&#39;t get a solo per se, but his dad allowed him to do the fancy stuff during the show, apparently willing to keep time as a sort of subtle "gentleman drummer" in the background, flopping his head back and forth as he did when he had his long Beatle hair.

Ringo&#39;s vocal contributions to the show covered three phases of his musical career. From Boys, the first song Beatles John Lennon and Paul McCartney let him sing by himself; to Photograph (one of his first solo singles); and to his new single, Weight of the World, Ringo gracefully eased between eras. His self-deprecating wit has stayed intact through the years, and his puppy-dog charm is as fresh, if perhaps more mature, as it was way back when.

He also regaled the audience with The No No Song and, reaching back into his Beatle past, Yellow Submarine and With a Little Help From My Friends.

Pretty wonderful stuff on its own.

But that was just the icing on the cake.

Two songs into the show, Ringo stepped back to his drum kit to open up center stage to his cohorts. Burton Cummings, former lead singer with the Guess Who, and the All-Starr lineup launched into a dazzlingly crisp rendition of No Time (Left For You), sharpened to a fine point with crystal-clear harmonies and the twin-barrelled drum beat of Ringo and son.

In a show in which nearly every song was an event, there were a few extrastellar points of light:

&#8226; Manic energy and a bizarre edge, the special offerings of musical wizard Todd Rundgren. Rundgren spent the first half of the show in his bare feet, sunglasses and a white bathrobe, which he flashed open once or twice to reveal white bikini underwear. Kinetic musically as well as visually, Rundgren bounced back and forth between acoustic and electric guitar throughout the night and even banged on a drum, skillfully too, for one of his solo turns.

&#8226; Comic relief from ex-James Gang and former Eagle Joe Walsh. His slurping guitar and slurry, whiny vocals on Rocky Mountain Way and In the City were upstaged only by his red fireman&#39;s hat and lap-running about the stage, managing still to play along as Cummings emoted to American Woman, another Guess Who classic.

&#8226; A glowing performance of I Can&#39;t Tell You Why with vocals by Schmit, another former Eagle.

The one shortfall of this concert was that it was simply too short, considering the megatalent onstage. And most of these guys don&#39;t tour regularly either as solo acts or with groups.

Two hours with just one of this lineup around likely would have made for a little gem of an evening of music. And with Ringo as the heart and soul of this tidily packaged love and music fest, it was unforgettable.