From the S&S archives: Quitting for good, Pele insists 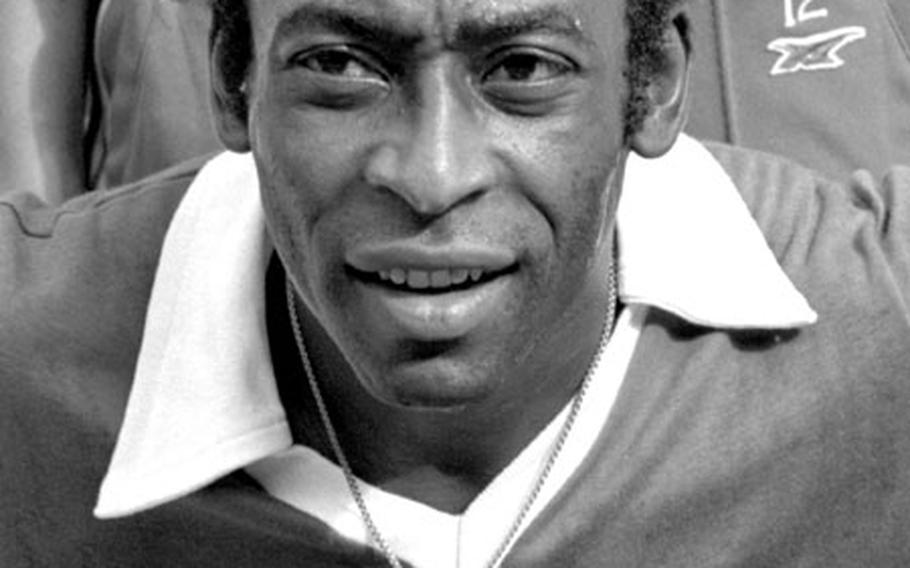 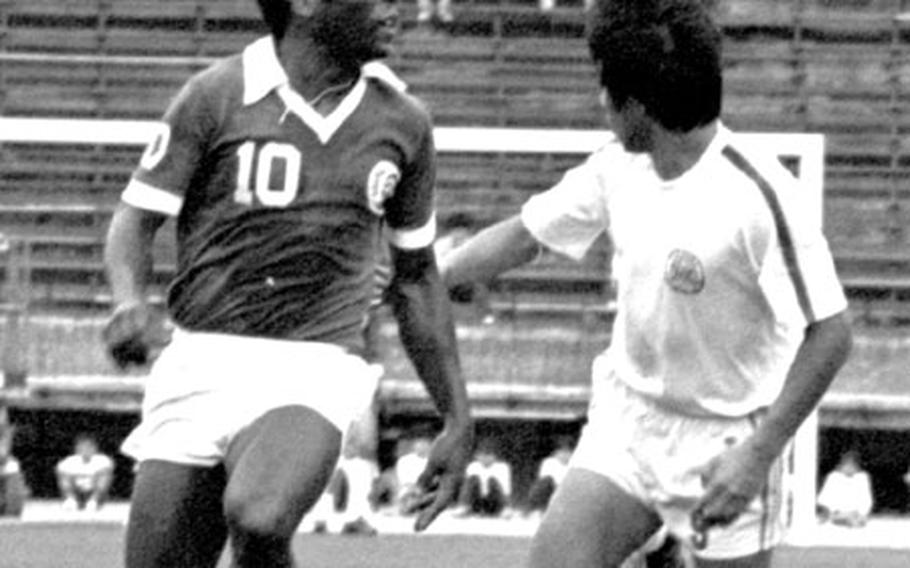 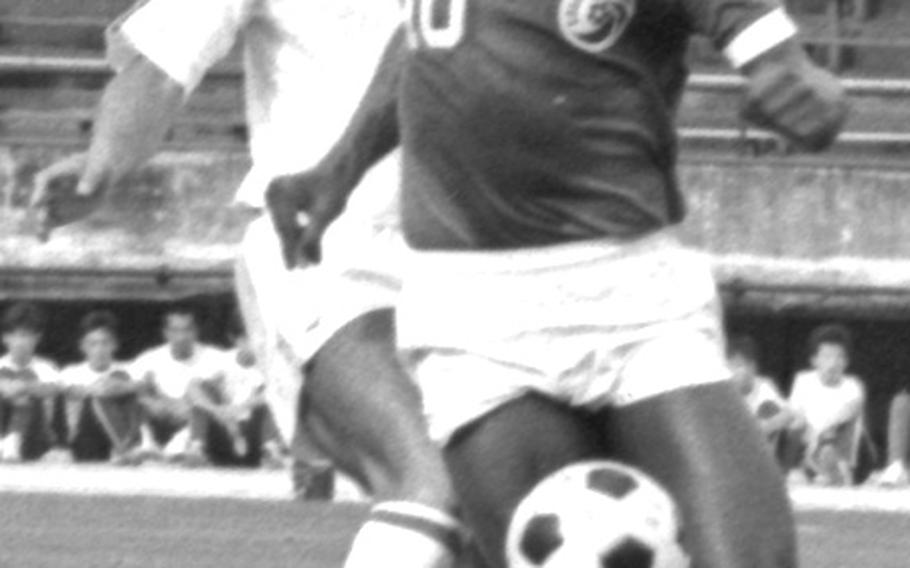 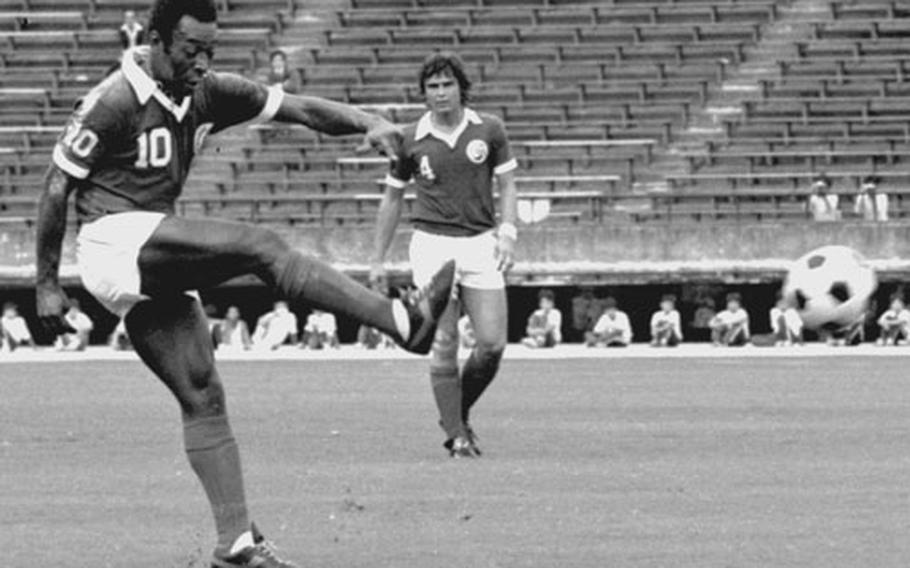 Pele, at Tokyo&#39;s National Stadium in September, 1977 for two exhibition games in the final days of his career with the New York Cosmos of the North American Soccer League. (Hideyuki Mihashi / ©S&S)

The ultimate king of professional soccer, Mr. Cosmos of the North American Soccer League, has his retirement set for October, just after his "final" pro game in New York.

That playdate is Oct. 1 when the 37-year-old Brazilian&#39;s adopted team, the NASL Cosmos, face his old home team, Santos, in the Pele grand finale.

Saturday, just prior to the first of two "Pete Sayonara Games in Japan," he said "it makes me a little sad."

"I mean to leave soccer. The game is so much a part of me. I love it so much.

"But I feel one should retire when he feels good and is in good physical and mental condition. The Cosmos offered me a generous ($10 million) contract to stay another two years but even that could not convince me."

Pete leaving soccer? The thought is staggering that a "forever" man like the legendary Pete could leave his favorite kind of game.

He did admit that he intends to become heavily involved in the merchandising of his Pete line of soccer equipment and would even like to work out with the Cosmos occasionally "if they&#39;ll let me."

He is also to remain with Cosmos public relations for another three years but will spend most of his time in Brazil.

"I have been with the game for a very long time," he said.

"Before agreeing to come to the United States, I played with Santos for 16, maybe 17 years.

"When I came to the United States, I planned to stay only a few months to help teach the young, to get soccer on its way in that country."

That was in 1975, in the era of "Before Pele," when the league and game were floundering in a sea of disinterest.

He explained that "the trees are now planted and I hope other fine players will come to collect the fruit."

But retirement is still a few games and a few countries away.

After Japan are two Cosmos games in China, Sept. 17 in Peking and the 20th in Shanghai.

"They know of him and Franz Beckenbauer in China, here in Japan, all of Europe, the U.S., everywhere we go."

The German-born, but of late ailing, Beckenbauer is another of the top Cosmos stars.

"We don&#39;t really know what style of soccer the Chinese play," Firmani added, "but then no one in the Western world really does.

"We have seen some films and they seem to play a style similar to the Japanese.

"But going against Pele and the rest of our team, you can be sure they&#39;ll be the best their country can possibly field."

Chances of a new King Pele, someone to fill the gap left by Mr. Soccer, are just as much of a question mark.

"It would be too difficult to say," Pele admitted.

"There are just too many excellent players. Beckenbauer and Giorgio Chinaglia of our own Cosmos, Paul Child of San Jose, Kyle Rote of Dallas and Steve David of Los Angeles.

"With many of the fine soccer stars coming into the North American Soccer League from Europe and my country, too, it would be easier to look for the all-round best team.

"Once you have that," he said, "you can look for the best player."

But what of the retirement? Is this really to be Pele&#39;s final farewell to actual game play or can he be coaxed back again as in 1975.

"Well," he said, his dark eyes suddenly laughing, "I do have an invitation to play on the moon. But, no, this time I mean to really retire."

"Besides," a teammate added, "the moon&#39;s playing surface is too rocky for Pele&#39;s style of soccer perfection."

Only time will tell whether the professional soccer Messiah will come again.