From the S&S archives: Prospects show their stuff to the NFL scouts 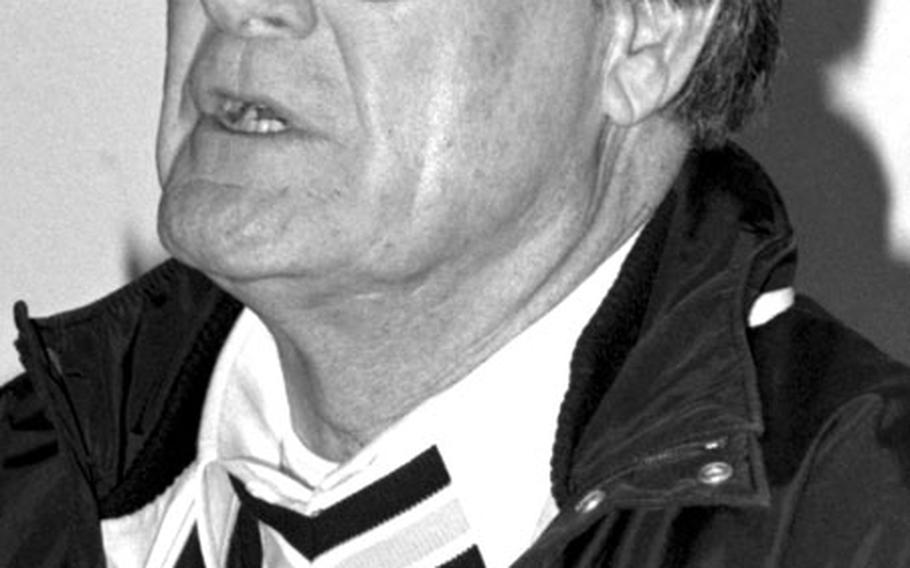 TOKYO &#8212; Monday&#39;s 14th annual Ricoh-Japan Bowl, and the week of festivities leading up to the contest, was more than just a display of American football talent for the Japanese.

No doubt, the game was meant to entertain, and the East did most of the entertaining in the 30-7 victory, but it was one more chance for these National Football League prospects to show their stuff for the talent scouts.

By no means was it a make-or-break game as far as the participating players&#39; chances in the NFL draft, according to the half-dozen or so scouts who came to Japan. However, it was a chance for the scouts to get to know the players as people, which is sometimes as important as how much talent, or potential, a player has.

"Any game means something" in scouting a player, says Los Angeles Raiders scout Dan Connors. "But here you get a chance to see them under different circumstances."

But no matter what the circumstances, Atlanta Falcons West Coast scout Charlie Armey says that a player&#39;s stock never goes down because of his performance in an All-Star game.

"You never downgrade a player in a game like his," Armey said. "A player can only help himself in an All-Star game."

So a player like UCLA Bruins quarterback Troy Aikman, the much heralded and widely publicized pocket passer with endless potential, need not worry about a poor performance in the Japan Bowl. Tabbed as the odds-on favorite for the No. 1 pick in the NFL&#39;s April draft, Aikman had a terrible day, hitting but 50 percent of his passes for just 54 yards. Fifty of those yards came on the West All-Stars&#39; first drive.

NOTICEABLY MISSING from this year&#39;s throng of scouts was one from the Dallas Cowboys. One scout, who asked not to be identified, said this was the first season the Cowboys had not sent a scout to the Japan Bowl.

Why? "Because they may be running scared of Aikman," he said. "They may be trying to gracefully back out of taking Aikman. They&#39;ve been cornerstoning this game and this is the first year they haven&#39;t sent anyone."

Dallas Cowboys&#39; chief scout Gil Brandt, however, was thrilled after what he saw in Aikman&#39;s Cotton Bowl performance, saying that he&#39;s ready to take Aikman as his first rounder and that "(Cowboys&#39; Coach Tom) Landry would be easily convinced."

Aikman may have been the Japan Bowl&#39;s drawing card, but both squads were filled with college stars on the verge of making big bucks in the NFL.

A player such as Michigan&#39;s Mark Messner could have improved his value in the draft considerably.

One scout said Messner was too small to play every down in the NFL, but could be used as pass rushing specialist. He certainly proved that Monday, forcing the West&#39;s Aikman and Chuck Hartlieb of Iowa to throw on the run and earlier than they wanted to.

"Messner could be used as an undersized pass rusher," Gill said. "But he plays with such intensity that he&#39;s got to be able to play." It was Messner&#39;s intense play that earned him the Joe Roth Memorial Trophy.

West Coach Hayden Fry of Iowa said that Hartlieb, who was the Hawkeyes&#39; top gun, will probably go in the draft, but not in the first round.

Hartlieb had a chance to improve his stock, but finished the day with only 40 passing yards on five completions with two interceptions. He was also sacked twice.

The West&#39;s Mark Nua of Hawaii, at 6-foot-7, 360 pounds the biggest man on the field at Yokohama Stadium, had his troubles protecting his quarterbacks from Messner, Derrick Thomas of Alabama and Keith Karpinski of Penn State.

Connors said there could be as many as 10 first-round draft choices among Japan Bowl players.

He cited Aikman, Derrick Thomas and Nebraska Cornhuskers linebacker Broderick Thomas among them. Gill said that both Thomases could be impact players of the Cornelius Bennett mold and should help whoever chooses them immediately.

"This draft is full of players who are going to play," Connors said. "It&#39;s the type of draft where a fourth-round player could beat out a first-rounder."

All three of the Raiders&#39; first-round draft picks of a year ago played in the 1988 Japan Bowl. Along with 1987 Heisman Trophy winner Tim Brown of Notre Dame, the Raiders chose defensive back Terry McDaniel from Tennessee and defensive end Scott Davis of Illinois.