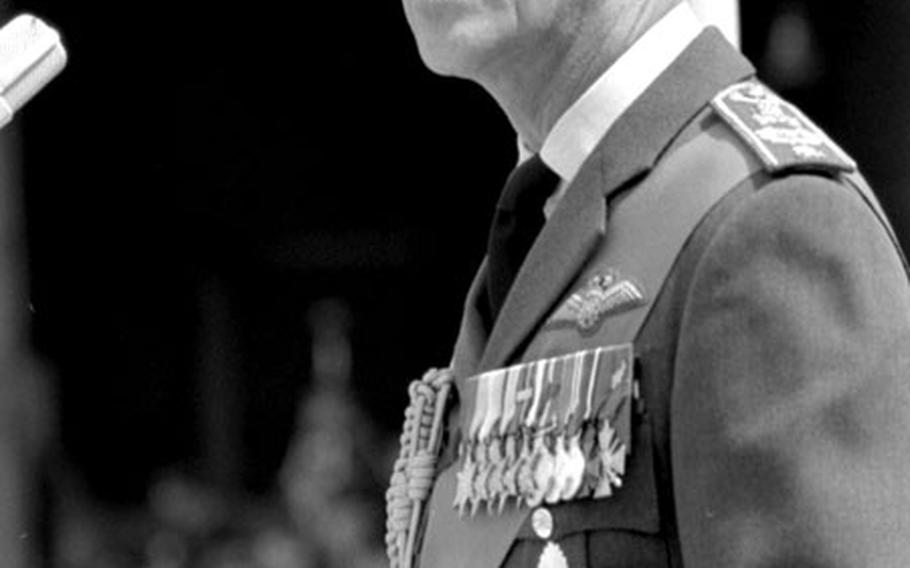 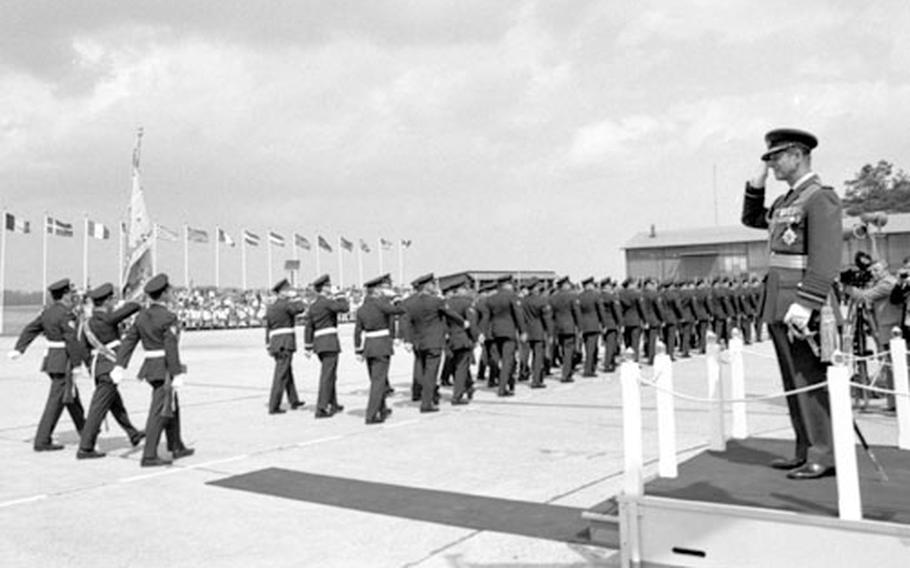 The colors are presented to units of the air force when they have completed 25 years of service.

Philip, dressed in the uniform of an air marshal of the Royal Air Force, presented the 421st, 439th and 441st Tactical Fighter Squadrons with their flags as a 21-gun salute, fired from four howitzers, shattered the air and formations of CF104s streaked overhead.

As the 450 men of the three squadrons stood at attention in the spring sunshine, the Canadian Forces Central Band and the Ottawa Pipe Band played martial airs, Canadian patriotic songs and "God Save the Queen."

As part of the ceremonies, Philip inspected squadron members, occasionally stopping to ask questions or comment. The prince also inspected the bands and seemed especially impressed with the pipe band, whose members were dressed in Scottish kilts.

The three units receiving their colors have histories that date back to World War II, when the 421st and 441st fought in the Battle of Britain, Normandy and over Germany. The 439th fought in France and Germany during the war, and in the Normandy invasion, as did the other two squadrons.

An estimated 5,000 spectators viewed the ceremonies. A reception and luncheon followed the event.