From the S&S archives: 'Pogo' going to Vietnam 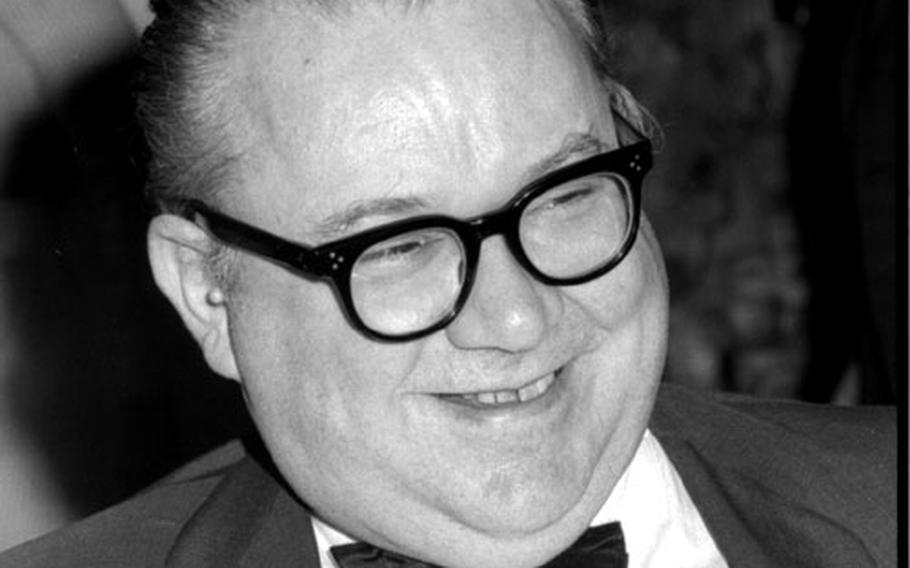 Walt Kelly, creator of the "Pogo" comic strip, relaxes in Frankfurt on his way to Vietnam in August, 1965. (Bob Milnes / ©S&S)

FRANKFURT &#8212; Cartoonist Walt (Pogo) Kelly is covering what he calls the "wall-to-wall war."

Stopping here en route to Saigon from Berlin, Kelly said he wanted, through his illustrated articles, "to get home to the readers" something of our "really global struggle."

His two-week, on-the-scene observations are being syndicated around the world. Some 800 publications already subscribe to Pogo and his pals.

Kelly explained that he does not apply his ink and brush to fulltime editorial cartooning because "I&#39;m making all the comment I feel I want to in the strip."

He also reaches a much wider audience through the comic pages, including the readers of 40 foreign publications. This international coverage does not include England where, according to Kelly, the Pogo brand of humor falls as flat as tea bags &#8212; "they don&#39;t understand it at all."

Kelly is content to keep his characters confined to the static world of cartoon panels and balloons, with no plans for animation. Once part of the Disney stable, Kelly, now 52, has no desire to return to such "backbreaking" labor, especially since except for lettering, he does all the work on the strip himself. And that&#39;s the way he wants it.

"I&#39;m a hard guy to satisfy; I&#39;m disappointed to see how little talent some so-called cartoonists get by with," declared Kelly, whose own favorites in the field are Charles (Peanuts) Schulz, Al (L&#39;il Abner) Capp, and Milton (Steve Canyon) Caniff.

The daily Pogo laughs (even Carl Sandburg says, "I go Pogo") come from a merry mountain of a man with graying hair that curls around his neck, and a waistline that laps over his belt. A bow tie peeps from under layers of chins. Dark shell-rimmed glasses set off the puckish face with its wearin&#39; of the grin. A waggish wit erupts nonstop from the rotund, jocund New Yorker who is happiest when he has "a good issue" on which to build a strong story line of pungent humor and social satire.

Several years ago he ignited something of a diplomatic incident with the introduction into the strip of a Russian-speaking hog. The Russian Embassy in Tokyo pressured the English-language newspaper there to leave out the strip during the run of the hog which obviously caricatured the then-Soviet Premier Nikita S. Khrushchev.

"I&#39;m starting something now &#8212; a long-haired character in black leather jacket and boots who looks like he sleeps in a dump, which he does," Kelly said, adding ruefully, "Once you think of a situation, you don&#39;t know how to get out of it."

He told how last year he received so much mail from mathematicians congratulating him on his "aftermath" series that "it scared me." The original cartoons are now being made into slides for math lectures.

His creations also make popular emblems for military units. Albert, the cigar-smoking alligator, was once adopted by a chemical company in England to symbolize its smoke-generator mission.

"Pogo" was launched as a comic strip in 1949 in four newspapers. Within four years it had reached the 400 mark.

When first taken to a syndicate, "Pogo" was rejected on the grounds that the lady editor "did not want to buy a duck."

Kelly tried to point out that it was a possum, which only led the good lady to comment that he couldn&#39;t even tell one animal from another, "let alone draw them."

Pogo himself first made his start as a "spear carrier" in a 1943 comic look feature, but the trouble was, recalled Kelly, that "he looked just like a possum."