From the S&S archives: On the Town: Arthur Godfrey 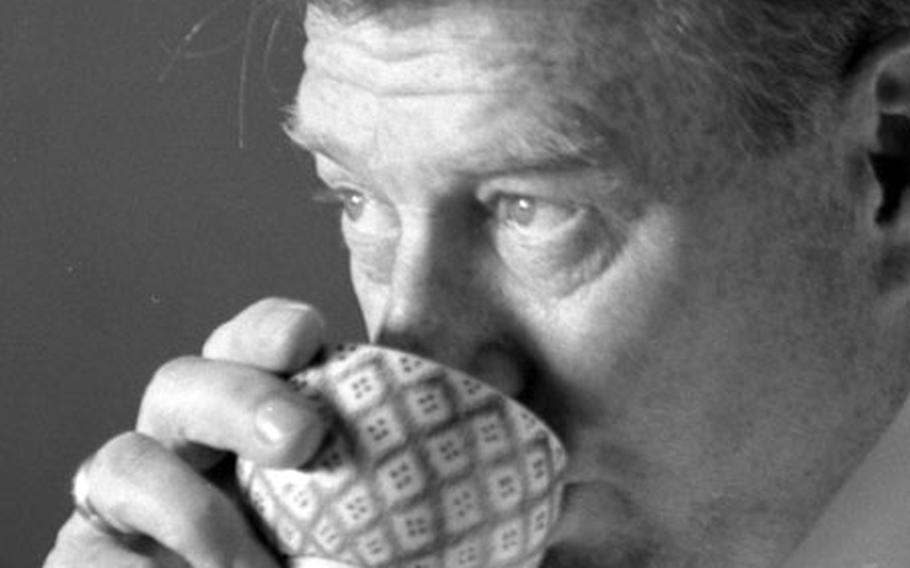 ARTHUR GODFREY RESEMBLED A RED-HAIRED BUDDHA as he sat on the tatami of his Hotel New Japan room. The durable humorist, in Japan on a brief vacation, has gone native in a big way. He answers his telephone with a spirited "Hai!" and talks to the giggling room girl in fractured Japanese ("Don&#39;t speak to me in English," says Arthur. "Thank you," says the little girl).

Dressed in a blue-and-white yukata and sipping a cup of Japanese tea, Arthur bubbled over about Japan. "What a wonderful, wonderful place. My wife cabled to find out when I&#39;m coming home ... and I wired back that I may never leave.

The fact remains, however, that Arthur didn&#39;t get a chance to become a sort of uke-playing Lafcadio Hearn. Instead, he remained at home and used his soothing, down-home voice to sell an unbelievable amount of cigarets, home-permanent kits and tea bags.

Since 1948, Arthur&#39;s low-pressure spiels have brought in more than $150 million in advertising revenue to CBS. His closest rival in the revenue sweepstakes is Ed Sullivan &#8212; and Godfrey&#39;s total nearly doubles that accrued by the Great Stone Face.

"Why shouldn&#39;t I be on top?" shrugs Arthur. "I&#39;ve been around longer than they have. Heck, Marconi and I practically invented television."

"You get used to that sort of thing in this business. Somebody&#39;s always sniping at you. . They know you&#39;re not going to sue &#8212; but they wish you would. All they want is publicity. I ignore them."

A few years back it was practically impossible to turn a radio or TV dial without hitting a Godfrey show. But he no longer keeps such a rugged schedule. Five radio programs a week and a "special" TV show every two or three months is his limit. "I must have been out of my head to do all those shows before," says Arthur.

On his current Asian tour, Arthur is taping his portion of his daily radio program and mailing it back to the States. To date he has taped shows from Bombay, New Delhi, Bangkok, Hong Kong and Tokyo, plus shooting some television footage.

"In Delhi," laughs Arthur, hitting a chord on his uke, "I sang a song while riding an elephant." (The song, it seems, was up-tempo but the elephant didn&#39;t know it.) "The elephant kept swaying back and forth and it was impossible to play faster than he was swaying."

"You know what convinced me that I had to come to Japan? Little Miyoshi Umeki (whose career soared after Godfrey took her under his wing). The first thing I did was make her stop using the name &#39;Nancy.&#39; I don&#39;t understand that.

"Yesterday I was talking to a girl I&#39;m thinking of hiring as an interpreter. Her Japanese name was Mieko but she said to call her &#39;Diane.&#39; What is this? I have to go around the world to find a girl named Diane?"