From the S&S archives: North Vietnam will sue for peace, says Thanom 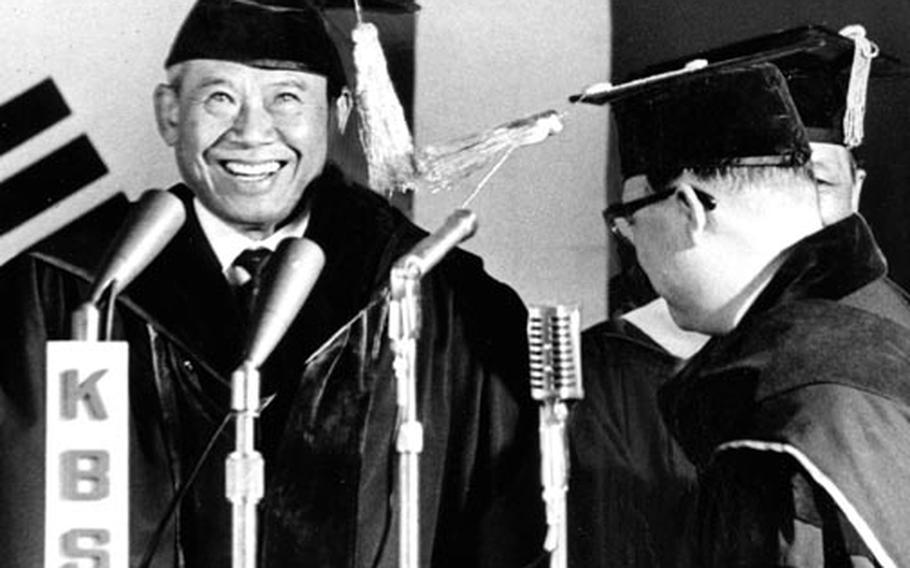 SEOUL &#8212; Hanoi will come to the negotiation table under conditions favorable to the Allied nations now fighting Vietnam in the not too distant future, visiting Thai Prime Minister Thanom Kittikachorn predicted Wednesday.

Thanom said the Free World strength in Vietnam is strong enough to tackle any events and the battle records show that the Viet Cong are now suffering from devastating defeats.

The prime minister and field marshal made this statement at his farewell press conference winding up a four-day official visit at the invitation of Korean Premier Il Kwon Chung.

He said the recent peace proposal by U.S. Secretary General U Thant has "too many holes that can benefit the communists."

"It is dangerous, in my opinion," Thanom said.

Thanom thinks the Free World nations have provided enough combat forces to fight the Viet Cong but if Saigon asks for more Thai combat troops, he said, it has to be reviewed by the state council before any decision is made.

In addition to the press conference, Thanom also spelled out Thailand&#39;s determination to continue to intensify its military and all other support until the communists stop their aggression.

In a joint communique issued Wednesday, Thanom and Chung reaffirmed the determination of both countries as proclaimed at the Manila summit conference to support the war in Vietnam.

The communique stated that both prime ministers made "a detailed review of the recent developments in Vietnam in the military, political, economic and social fields."

Thanom also assured Chung in the communique that Thai troops will remain in Korea as a symbol of the continued support of the United Nations collective security force in Korea.

Thanom also expressed deep sympathy with the Korean people in their fervent desire to bring about a unified, independent and democratic Korea.

Thanom left Korea Wednesday afternoon for Bangkok, concluding his official visits to the Republics of China and Korea.