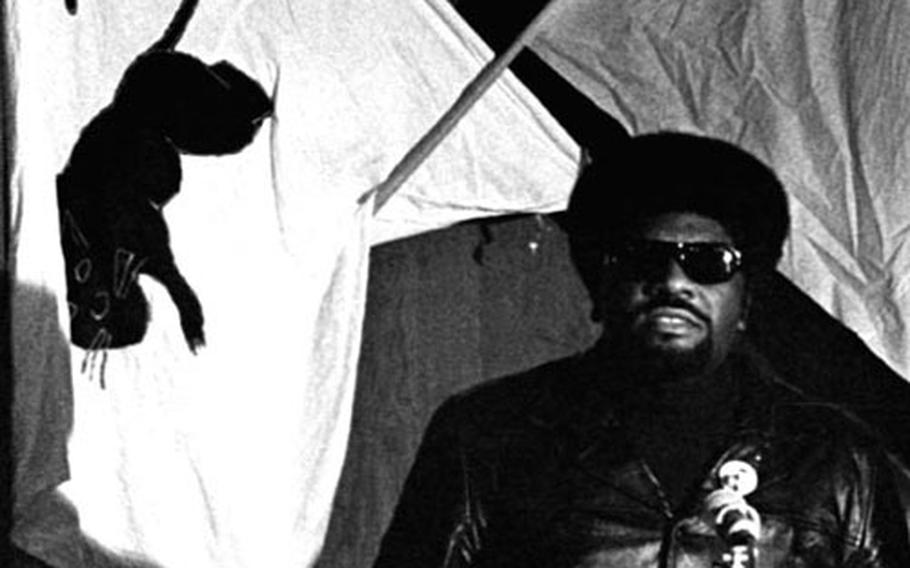 In a speech sponsored by the German SDS (Socialist German Students&#39; Federation), Howard said the Panthers&#39; insistence "on their constitutional right to bear arms" was simply to protect them from armed police.

Howard, who arrived 90 minutes late after a delay in Stuttgart, borrowed heavily from Marxist, rather than more modern left-wing ideologies, and said the Panthers "fight racism with solidarity."

Most of the 1,500 people at the meeting in the main auditorium of Heidelberg University listened politely but somewhat unenthusiastically. The speech lasted about 20 minutes, including time out after every few paragraphs for a German translation.

They were discouraged by a member of the German SDS nearby from making comments to the press about Howard, his speech or the Panthers.

The most enthusiastic response Howard&#39;s remarks drew was rhythmic applause, and that was mainly devoted to his claim that the Panthers in America were pursuing "a class struggle, not a racist struggle."

Howard arrived at Frankfurt airport Sunday night and was allowed into Germany provided he did not violate any German laws. On Dec. 13, Howard was barred from entering Germany, allegedly at the request of U.S. authorities.