From the S&S archives: Nicklaus puts on par showing at exhibition 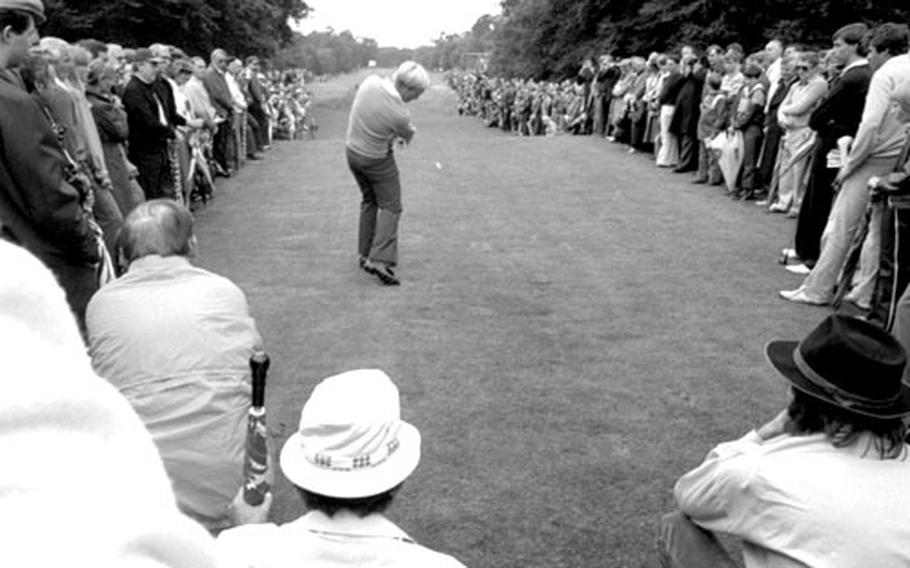 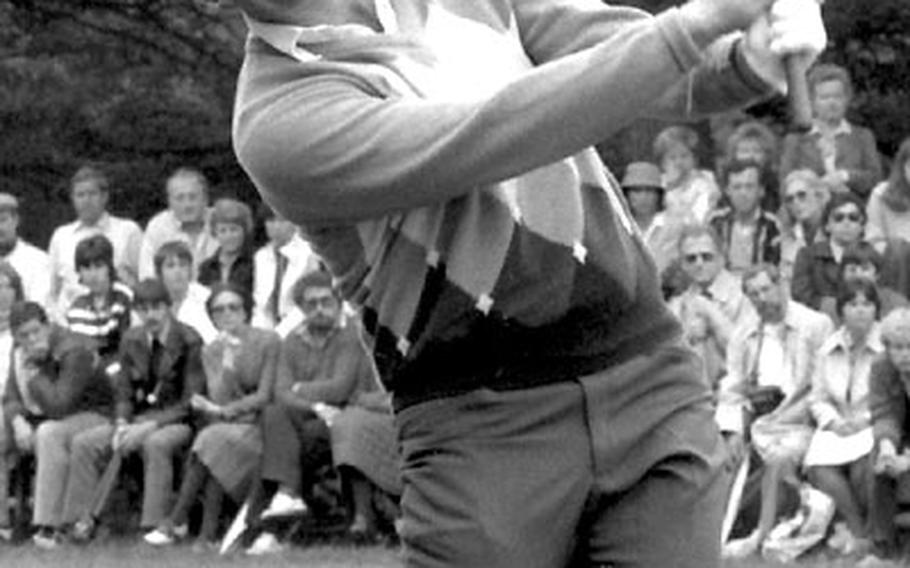 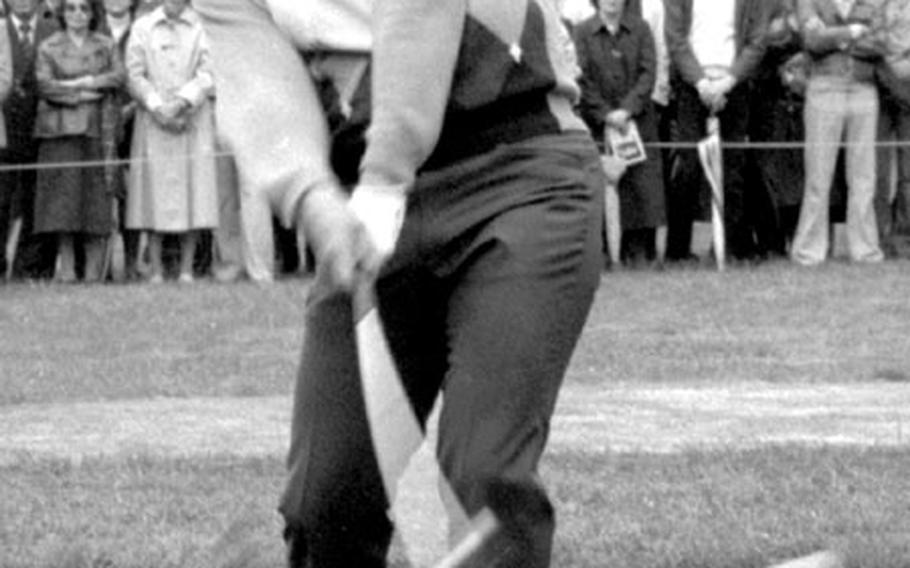 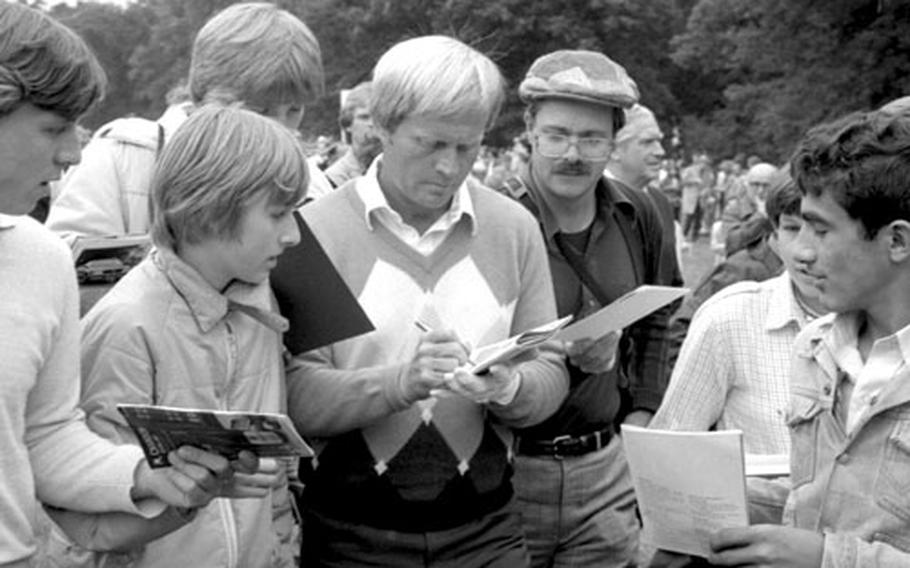 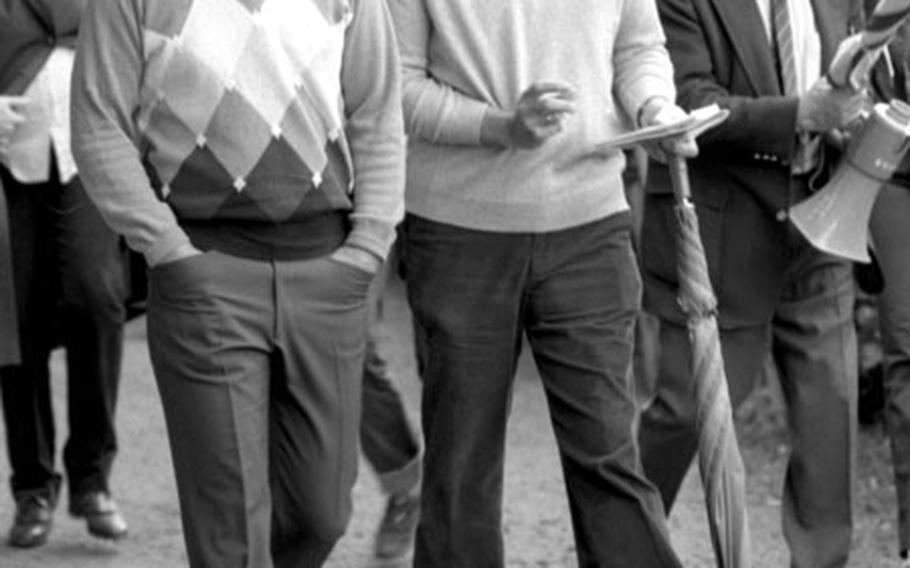 Jack Nicklaus, on his way to the British Open the following week, plays an exhibition match at the Frankfurt Golf Club in July, 1980. (Red Grandy / ©S&S)

Nicklaus birdied the last two holes for a par 36-35-71, if you gave him a 30-incher he playfully knocked off the green and through an adjacent sand trap &#8212; after his farewell spiel &#8212; as a sendoff to his clinic and exhibition match appearance.

Amateur Jan Schuchmann from Hamburg carded a five-over 40-36-76, Kroneburg professional Manfred Kessler had a 40-37-77 and Duesseldorf amateur Frank Schlig had a 40-39-79.

Only at the relatively short, 495-yard, par-5 15th did the linksmen get the better of the course with two birds and Schuchmann&#39;s eagle. Schuchmann sank a curving 45-footer to the delight of the crowd of 2,000 plus, which otherwise had little to cheer about.

Nicklaus caught a trap trying for the green on his second shot and settled for the only par at 15.

Big Jack finally got a little charge going with a short wedge to within six feet at 17, then a beautiful iron approach to that 30 inches on 18.

Still, he appeared to have a good time, signing autographs on anything from programs of wine for all takers before the match and bantering with the spectators throughout the round.

Jack had three bogeys, two coming on three-putt greens at the par-3 fourth and the short par-4 10th.

Nicklaus was, as expected, usually the longest off the tee, but not always. The three German golfers were often not far behind, with Kessler being the longest hitter.

However, from an accuracy and consistency standpoint, Nicklaus was far and away the superior player. Mostly his line was near perfect; he missed only one fairway and really only one green, but was consistently short on his approach shots, often being 25 or more feet away for his first putt.

The crowd had to wait a long time for its first bird, then came two in rapid succession. First Schlig nailed a 25-footer, then Nicklaus, who had hit a six iron well inside the German, popped from 12 feet.

That got Jack back to par, but he quickly lost the stroke the only time he really missed a green, being left and long at the ninth.

Nicklaus dropped another shot at 10, pushing his approach and three putting from 50 feet. Schuchmann, who played the back even par, dropped a short birdie putt at the 10th.

At the 18th, Kessler got his third birdie on the home nine but was upstaged by Nicklaus&#39; fine iron approach.

The day stayed dry except for brief sprinkles at the 13th and 14th, but with the heavy air and soft fairways, the course played quite long.

Nicklaus left after the match for Salzburg, Austria, and another clinic-exhibition appearance there, with a stop in Geneva scheduled before going on to next week&#39;s British Open, which will be played again at Muirfield.