From the S&S archives: More Picasso: Photographic chronicler will portray how dog figured in life of artist, genius 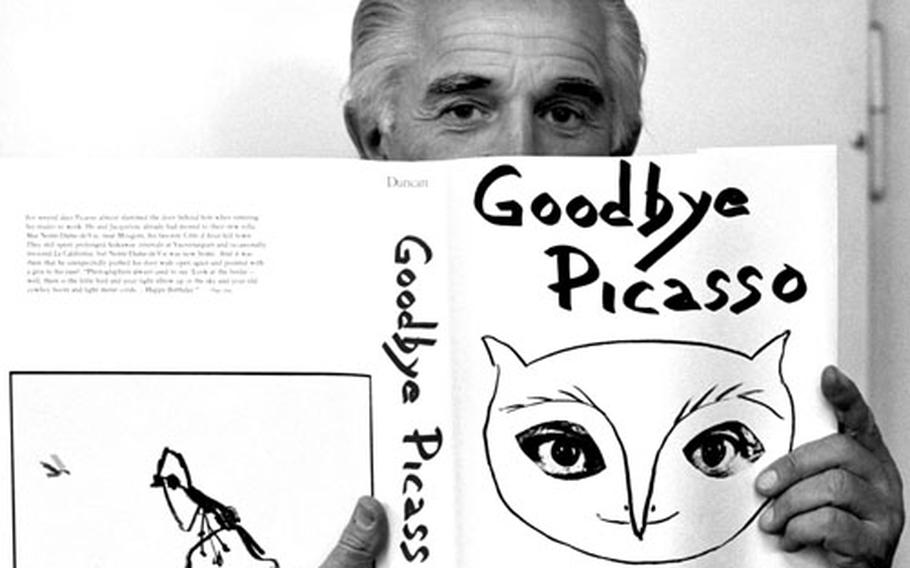 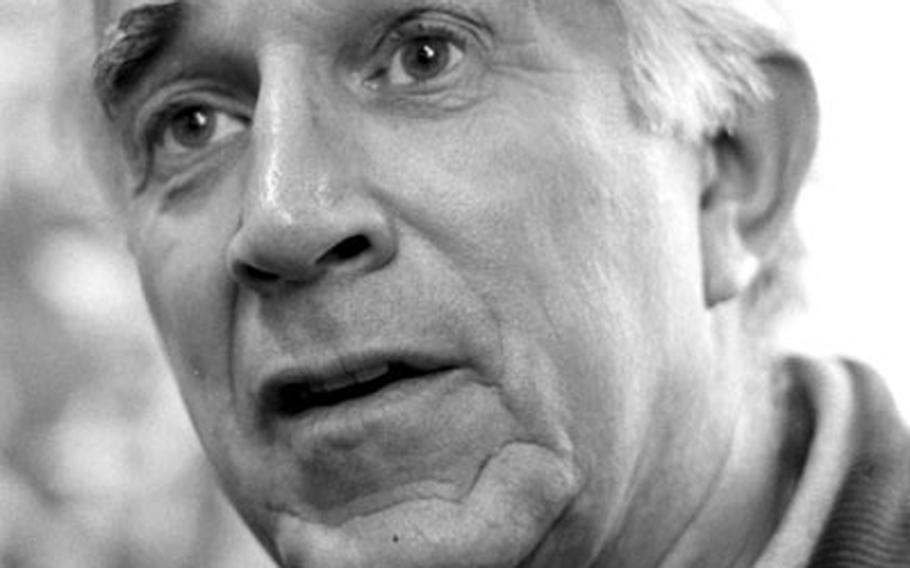 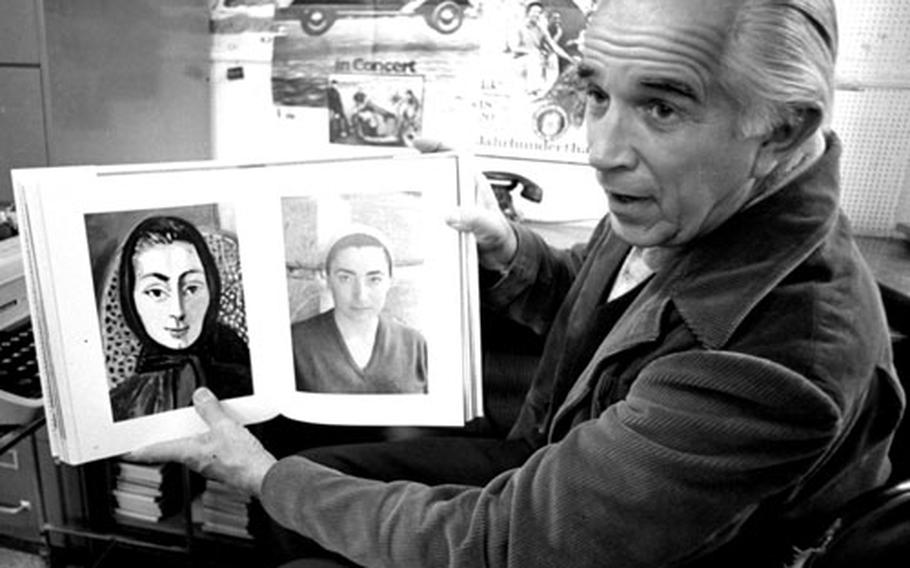 Famed photographer David Douglas Duncan talked about his book on artist Pablo Picasso during a visit to Stars and Stripes' Darmstadt, Germany, office in October, 1974. (Regis Bossu/© Stars and Stripes)

The 12 pounds of dachshund that "dominated Pablo Picasso" for six years will be David Douglas Duncan&#39;s next subject in his Picasso series.

After completing his most recent volume on the famed artist, "Goodbye Picasso," Duncan says he is ready to begin work on a book about Picasso&#39;s canine companion, Lump.

"Picasso always said Lump was somebody else, not just a dog," Duncan said in an interview. "Lump dominated everyone, including Picasso, and all the rest of us. Life was on Lump&#39;s terms."

A former Life photographer, a retired Marine lieutenant colonel and recipient of two Photographer of the Year awards, Duncan shares some of the private moments he captured on film during his 17-year friendship with Picasso.

In addition to "Goodbye Picasso," Duncan has authored "The Private Life of Pablo Picasso," and the best seller, "Picasso&#39;s Picasso."

His coverage of war, revolution and political events has won him international recognition.

The book, bound in deep red-rust colored canvas with the title in a pale violet, a contrast taken from one of Picasso&#39;s paintings, features more than 200 photographs of Picasso, his wife Jacqueline, and his works. "Goodbye Picasso" contains 108 full-color reproductions spanning more than 65 years of the artist&#39;s life, many of which are unknown to the general public and are from Picasso&#39;s own gallery.

The book jacket is a combination of Picasso&#39;s and Duncan&#39;s work. Duncan recalls that he showed Picasso a photo he had taken of himself and asked him to sign it. Picasso refused, but took the photo and cut the eyes from it. Then, reaching for a sketchbook, he added an owl face and combined Duncan&#39;s work with his own.

The Swiss produced edition, printed this October, is available in Stars and Stripes bookstores.

"Goodbye Picasso" opens with a letter Duncan had written to a London publisher about the forthcoming book, He wrote : "I really don&#39;t care too much about the lost art &#8212; I care about losing the man."

Duncan said "Goodbye Picasso" is not a book of art &#8212; it is for people who care about a very special kind of man. "That is what is most exciting about Picasso &#8212; his simplicity, his concern for his guests, his concern for a little dachshund."

Duncan has used a selection of letters for the text.

"Like most books by photographers, the text is never read. People look just at the photographs. But, if one reads the private letters of a person, it is kind of a violation of privacy. By using the letters, you&#39;re bound to catch them that way &#8212; they&#39;re gonna read these damn things."

Duncan hadn&#39;t planned to compile "Goodbye Picasso" until the artist had reached his 100th birthday. Picasso died at 91 in April of 1973 of a heart attack that followed pulmonary edema (lung congestion).

Having photographed Picasso for years, Duncan said the artist always turned out to be fully photogenic except when asked to pose with his children, Jacqueline, or his work.

"Whether with a friend, at work or alone in his bathtub, Picasso seemed almost addicted to the camera," Duncan said. "He never, even blinked. But, when asked to pose, Picasso became self-conscious or street-fighter wary."