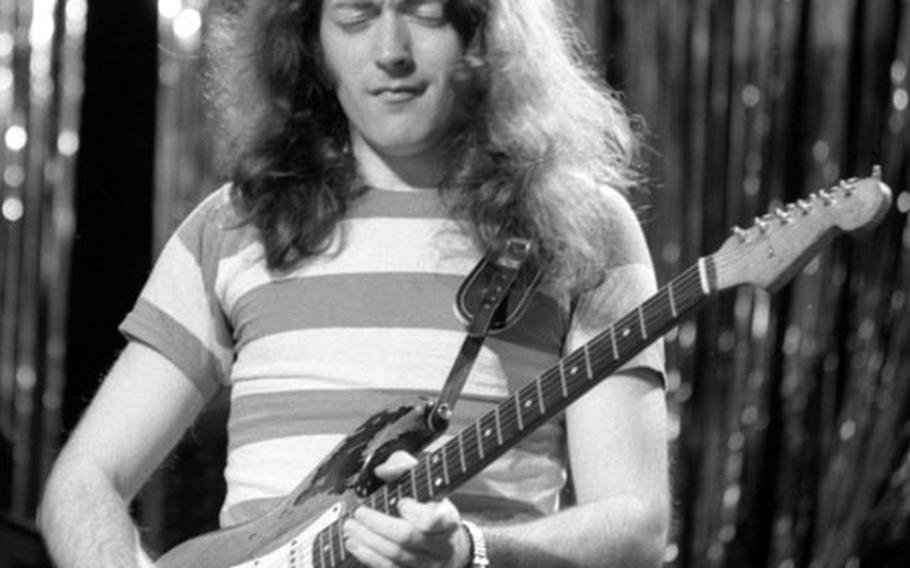 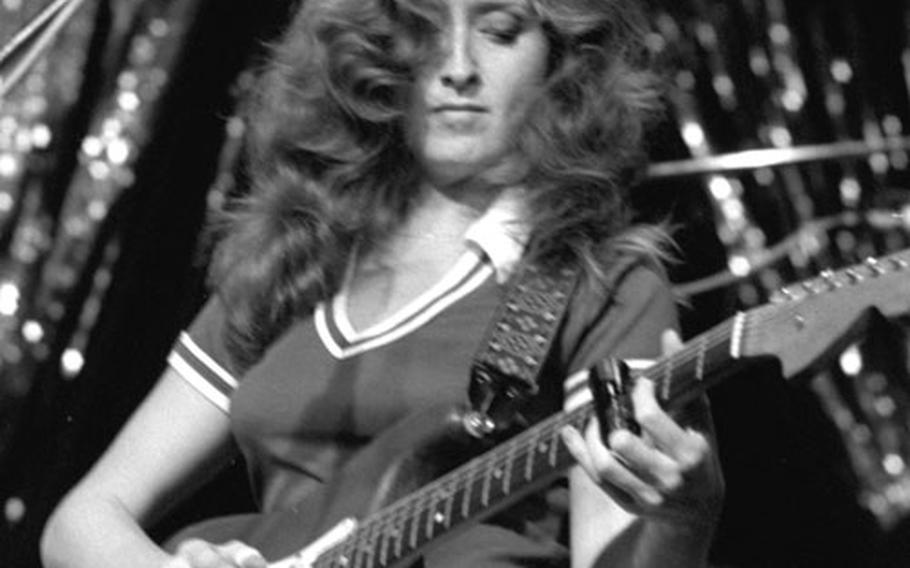 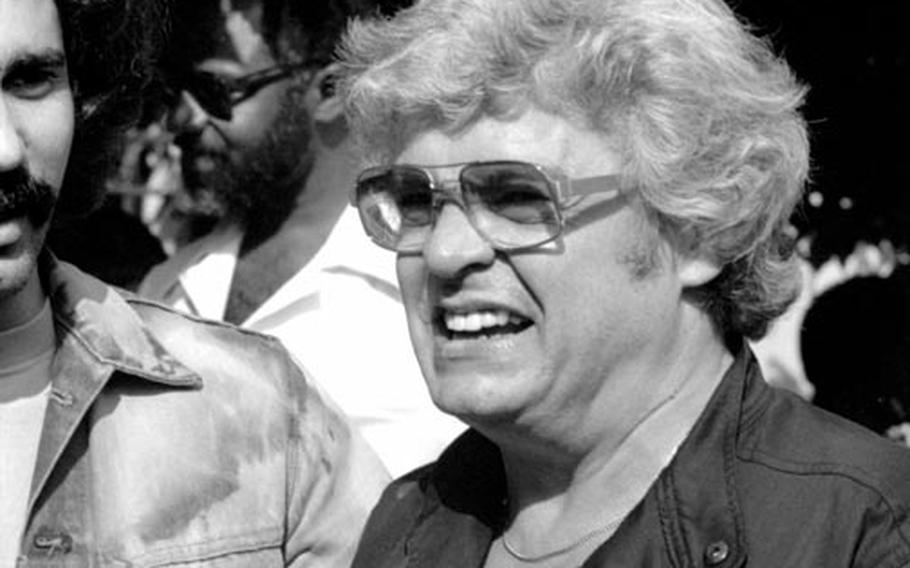 THE AUDIENCE was predominantly rock oriented and the performers played everything from grass shears to an electric violin at the 11th annual Montreux International Festival.

Although jazz had been the firm foundation of this festival in past years, its initiator and program director, Claude Nobs, is excited by the changes taken place in both the style of music being offered and the makeup of the audience.

"The audience keeps getting younger and younger while getting bigger and bigger," Nobs said.

Owners of the luxury hotels that line the shore of Lake Geneva, may not be as excited as Nobs watching potential customers sacking out in the public parks rather than spending Swiss francs for a comfortable bed and a hot shower.

Nor may they find the sometimes raucous behavior of rock stars any more appealing during their short stays in the hotel rooms.

But when all the diverse elements gathered together at the Montreux Casino, the Swiss night air was filled with a full range of sounds that came from an assortment of instruments that somehow blended together to make what everyone had come to hear &#8212; good music.

The opening act of the festival&#39;s final weekend performances prepared the audience for anything Nobs had lined up for them.

Billed as Pfuri, Gorps and Kniri, the three musicians pulled most of their instruments out of garbage bags. Playing such numbers as "Corkscrew Blues" with a solo performance by a legitimate corkscrew, and bringing out window shutters, and water hoses for other numbers, the trio played the bags themselves for an encore to satisfy the audience.

"Every night we try to get a combination to appease the crowd," Nobs said. And although sometimes the combinations did not seem mixable because of their diversified styles, Nobs said he went with his feelings in developing each evening&#39;s performances and added that it "gave the audience a chance to discover new music."

But the audience was most enthusiastic with the music and the performers they were familiar with. When the Irishman with the movements of Chuck Berry and the sounds of electric blues came on stage, the 3,000-plus crowd rocked the casino with their applause.

Rory Gallagher and his band had the audience swarming around the stage and behaving in a manner usually reserved for a stadium rock concert.

Canadian jazz enthusiast Todd Richman of Vancouver, British Columbia, has been to the last seven festivals and felt "both the music being offered and the audiences are being depreciated by the influence of rock."

Nobs countered the accusation by saying the festival was "appealing to a crowd that liked music" and not to any particular style of music. He added that more seats had been sold for the final weekend&#39;s performances than during the festival&#39;s first five years.

Richman did feel "comfortable" with the performance of Muddy Waters, one of the founders of electric blues.

The audience also responded with hand-clapping enthusiasm as the 62-year-old musician sat on a cushioned stool and sang some of his favorites including "Kansas City" and "I Got My Mojo Working."

Waters said he feels at home with the young white crowd. "They&#39;re more responsive. The young blacks are more interested in the jumpy stuff. The whites want to hear me for what I am."

Perhaps the enthusiasm for Waters&#39; music can be linked to a number of popular groups like the Rolling Stones and the Allman Brothers that have recorded his songs.

If electric blues found an audience at Montreux, the country rock sounds of Bonnie Raitt were also given shelter.

Nobs was so impressed by Raitt&#39;s performance, that he is seriously thinking of including more country western artists at next year&#39;s festival.

Raitt was impressed by the "European response" to her music and said she would "have to come back and play my music again."

Just how European her audience was could be reflected in an impromptu roll call of the audience&#39;s hometowns.

"Cleveland," "New York," "Boston," and other "European" cities were screamed out by the crowd.

It was such a display of American presence, that Raitt was pondered to ask the audience if any "real" Europeans were present.

By the time the final evening of the festival arrived, the floor of the casino&#39;s main-stage area was filled to capacity. Ushers had to pull eager fans off the edges of balconies where legs hung down almost touching heads below.

The appearance of the Stanley Clarke Group created a roar from the crowd, although many in the audience could hardly see the performers. The festival was prepared for this problem with two large screens on each side of the stage projecting live images of the performance.

Some fans who had bought the relatively expensive tickets were not appeased by this secondary form of seeing their favorite artists, and numerous verbal clashes erupted between festival officials and members of the audience.

The music of Clarke epitomized the shrinking boundaries between jazz, rock, country western, rhythm and blues, and other styles of music being offered in the 1970s.

But the audience found Clarke&#39;s music filling the catch-all blend of the different styles in a grand manner and for 10 minutes demanded additional encores.

Nobs reflected that the enthusiasm was a good indication of the changing interests of the music audience and the parallel changes of the Montreux festival.

The days of a suit and tie audience listening to "pure" jazz have been lost from the festival. But Nobs is still an ardent jazz enthusiast and said jazz will always be a basic ingredient of his yearly musical fest.

To prove his love for jazz while still appealing to the younger audience, Nobs ended the festival with a six-hour jazz-rock summit.

The stage was filled with both the new and old artists who have shaped jazz into what it is today.

The combined playing of the "Blues March" by the imposing group had the overflow crowd mesmerized.

By the time the festival ended in the wee hours of the morning, the audience and performers alike were exhausted but looks of fulfillment escaped from their faces.

Nobs was thinking of next year&#39;s lineup of artists and holding an alert ear to comments of the audience.

The casino bade the participants of the festival a weary goodbye while hotel owners sighed in relief that now perhaps regular tourists would arrive in the city to observe its beauty and charm while not flinching at room costs.