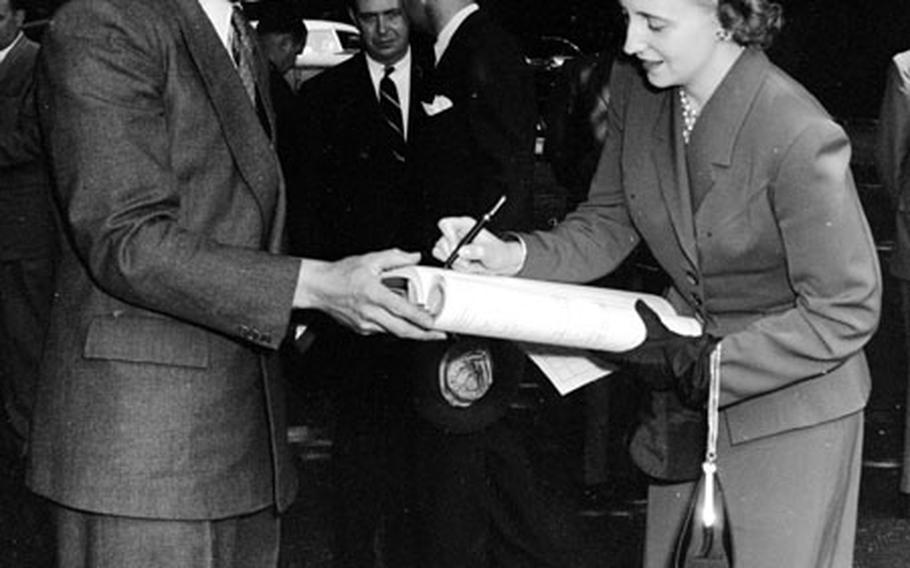 Margaret Truman signs a guest book during her visit to Luxembourg in June, 1951. (Nancy Graham / ©S&S)

Margaret Truman signs a guest book during her visit to Luxembourg in June, 1951. (Nancy Graham / ©S&S) 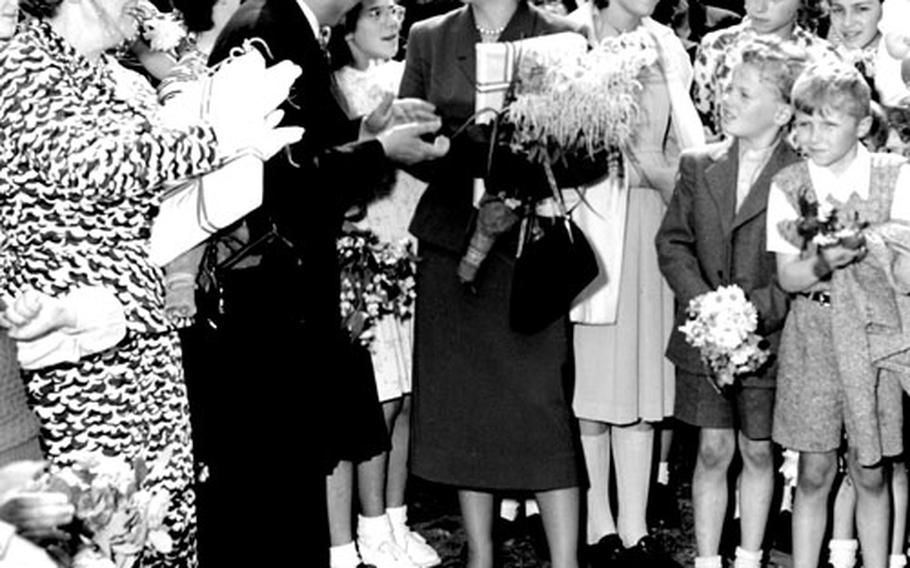 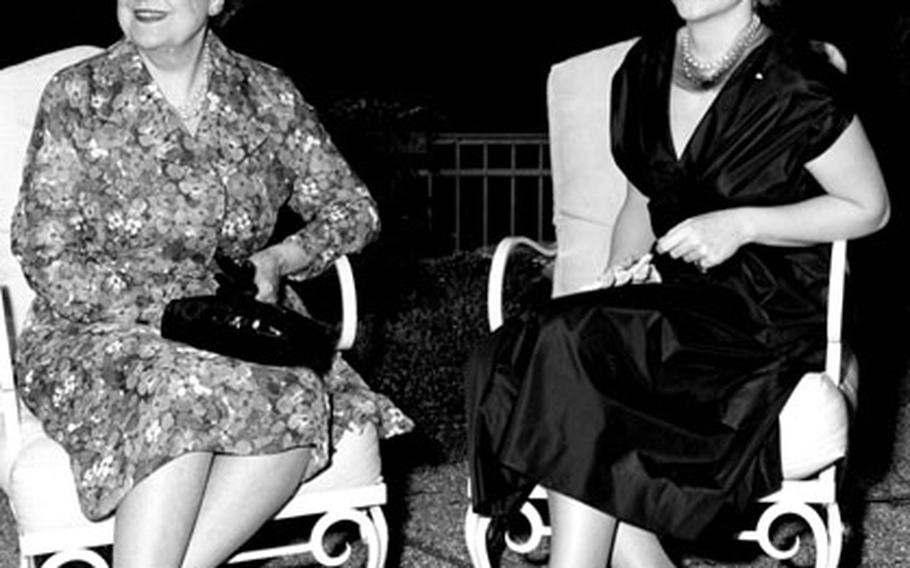 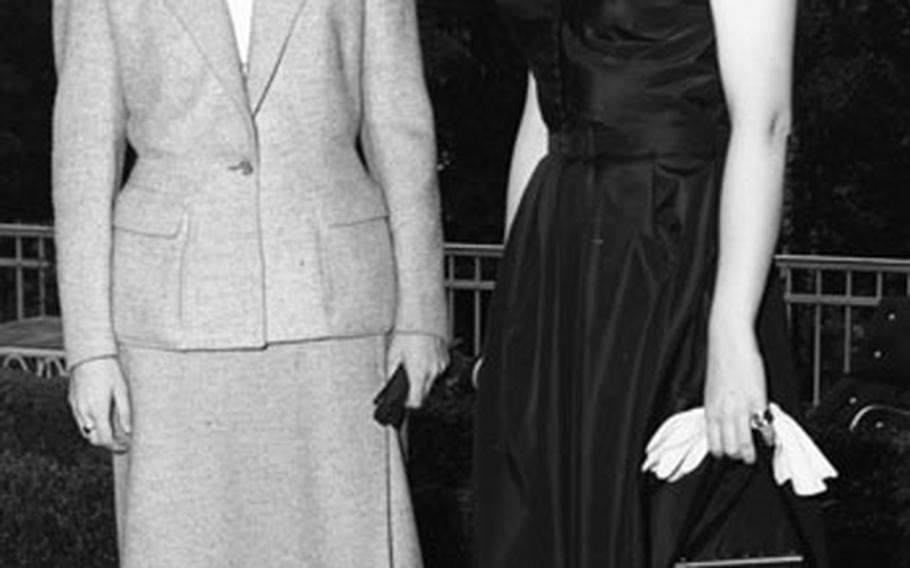 The President&#39;s daughter motored from Brussels in a six-car caravan with Mrs. Perle Mesta, U.S. minister to Luxembourg, and a group of friends.

Wearing a navy blue dress and a veiled peaked hat, Miss Truman said she stopped by Bastogne to see the place where U.S. troops broke the back of Nazi Germany&#39;s last desperate offensive of World War II,

Forty-five minutes after her arrival, she was received by Grand Duchess Charlotte of Luxembourg and then started a full agenda planned for her brief visit.

She explained that she must make recordings as soon as she returns to the U.S. and then go on with her radio, television and concert commitments.

Miss Truman will sail from Naples July 3 aboard the SS Constitution, the U.S.&#39; largest and fastest luxury liner.

She said she was having a wonderful time, but she missed this U.S.

"1 will be glad to see the grand lady with the torch standing there when I sail into New York harbor. "

When an interpreter explained to a Luxembourg newspaperman that Miss Truman could not be expected to discuss a political question because she was not a politician but an artist, she laughed and said:

"Thank you. That would have been my answer. I am a singer."

Miss Truman will attend a small dinner tonight in the home of Mrs. Mesta and then go to a dance.

Tomorrow she will lay wreathe at the Luxembourg Monument du Souvenir and the American Military Cemetery at Hamm, tour the Chateau de Vianden, and attend a reception and dinner.

She will leave Luxembourg by car for Paris Monday morning.

Miss Truman met 21-year-old Evelyn Schaus, of Luxembourg, who has won the Margaret Truman Scholarship set up by Mrs. Mesta. Miss Schaus, who is a pianist and like Miss Truman a soprano, will go to the Chicago Sherwood School of Music for one year of study.