From the S&S archives: Mimi Fariña: Not just somebody's sister 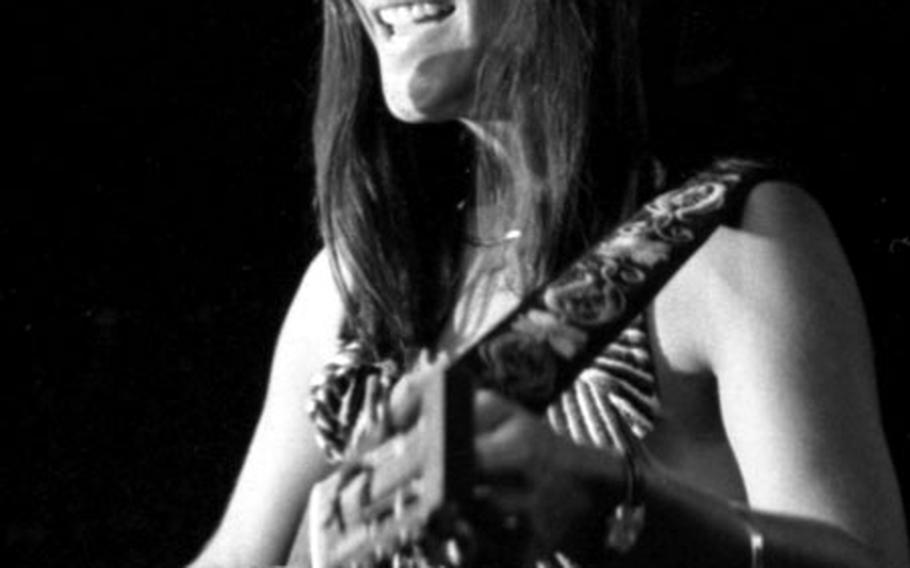 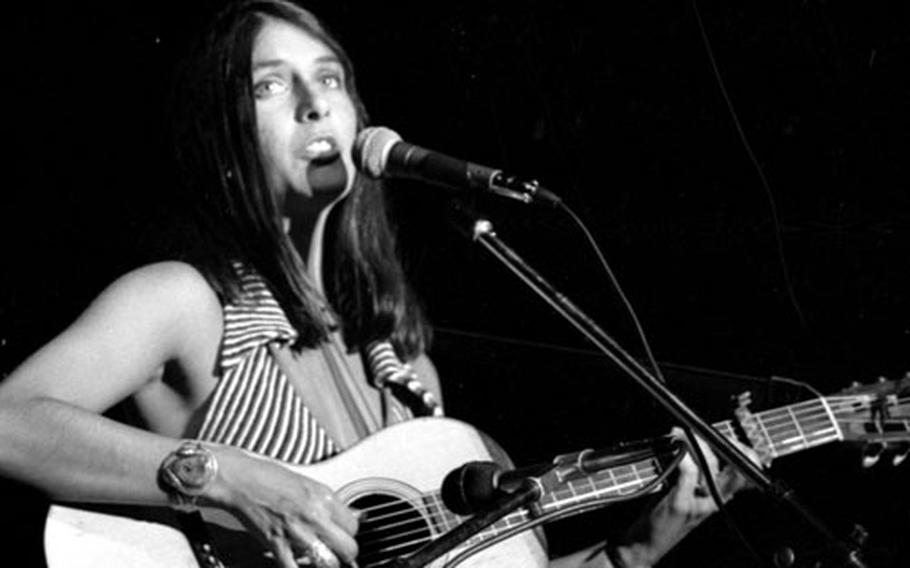 ONE WOMAN ALONE on the stage, with a nylon-strung guitar, a couple of mikes, a white spotlight, an audience.

Halfway through the set, a lone sideman strolls onstage and starts to tap out a gentle rhythm on the Conga &#8212; Gordon Lightfoot in a Notre Dame t-shirt. Mimi Fari&#241;a is singing, smiling, rapping with the audience, still getting less applause for her entrance than for Lightfoot&#39;s introductory remark that her sister happens to be Joan Baez.

By the time she finished playing, at least a few more people knew that Mimi is good people and good entertainment, with or without a sister in the wings. She sang a few old blues and folk standards and a few recent tunes you&#39;ve heard on the radio, but she was at her best singing her own songs, especially one called "Deep Feelings," about some people whose lives got derailed in the cultural upheaval of the Vietnam War.

You can&#39;t run down to your local record store and pick up on it, though. Mimi isn&#39;t signed with any record company these days.

"I ASKED TO LEAVE A&M because I didn&#39;t like what was happening," she recalled. "They weren&#39;t paying any attention to me. We (she and her late husband) signed as a duo and when we stopped playing as a duo they lost interest. I thought it was lack of talent at first &#8212; that scared me. I realized later that it was because I didn&#39;t go to the right parties and sleep with the right people.

"I would like to make an album again, I&#39;m looking for a label." But not just any label. And maybe not looking too hard. "The music business is like electoral politics. You have to become corrupt in order to progress."

The other half of the duo, husband Richard Fari&#241;a, was just making his mark as one of the important new writers and musicians on the American scene when he was killed in a motorcycle accident near Carmel, Calif. on Mayday 1966. He was on his way back from an autograph party for his just-published first novel, Been Down So Long It Looks Like Up To Me.

How about her style on the stage, a relaxed performance that brings back coffeehouse memories and seems better suited to friends and firelight in a Carmel early-&#39;60s beach house living room than to mid-&#39;70s touring? "I was impressed in the &#39;60s with ideas that are going to be constantly with me."

And then she starts talking about Bread & Roses, saying, "There&#39;s a real difference between enjoying music and making money," it becomes clear that questions, about living in the past are not about music, but about the music business.

She&#39;s put commercial trend-consciousness far enough behind her music that it&#39;s hard to say who&#39;s living in the past and who&#39;s the midwife to the new age. One of the main points with Bread & Roses seems to be that if you take the business out of music, it can only get better.

BREAD & ROSES, now approaching its second birthday, is a Marin County, Calif., venture that grew out of Mimi&#39;s quest for an identity independent of things past and her sister&#39;s fame.

"I&#39;m happier now than I&#39;ve ever been as a result of the search for identity and finding my own source of satisfaction. We do 20 to 30 shows in institutions per month. People volunteer all around Marin County. Some are pros, some are amateurs."

With a staff of five and a lot of volunteer help, she takes entertainment to prisons, children&#39;s homes, hospitals for the chronically ill and similar places where people live outside the mainstream in the Marin County area. She said the purpose is twofold: "We&#39;re trying to improve the mental and emotional state of performers as well as people in institutions.

"Travelling on constantly, with very little sensation of home and community," is the way she describes the working musician&#39;s world. "And then if you become rich and famous you can lose sight of why you were interested in performance in the first place."

The San Quentin News reported on the effectiveness of the program, quoting an inmate: "The name Bread & Roses in here means something. You ask these guys to name the organization that puts on any other show and they can&#39;t tell you. They know who&#39;s doing this one."

MIMI WAS HAPPY to tour with Lightfoot, and still works the U.S. club circuit about four months per year, but she is a lot more real talking about using her talent to help build a real sense of human community in her own backyard than about finding a new record company and making the Big Time. "Old folks and people in institutions become acquainted with you and it&#39;s like you make them feel a part of life," she said, and smiled like she knew she is on a good path.