From the S&S archives:Mel Gibson's real image a far cry from the 'idol' 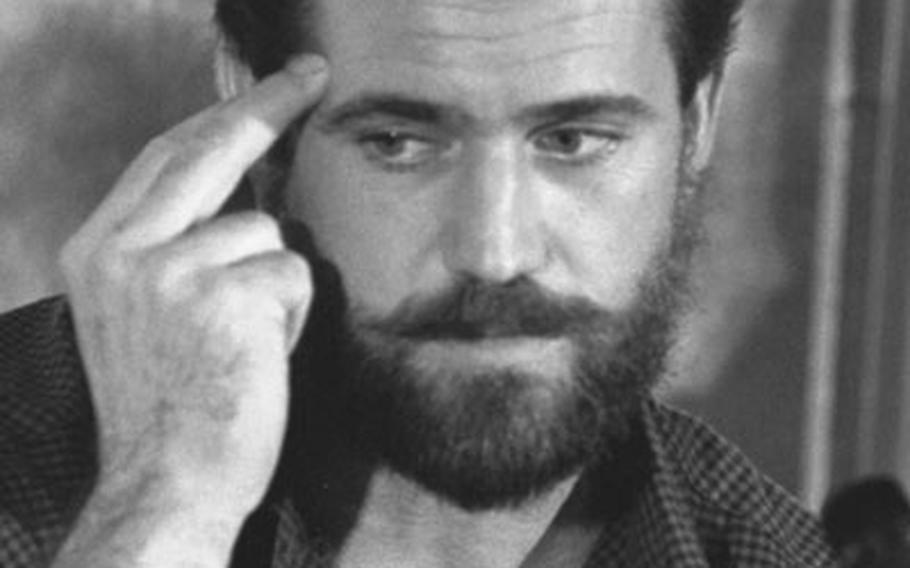 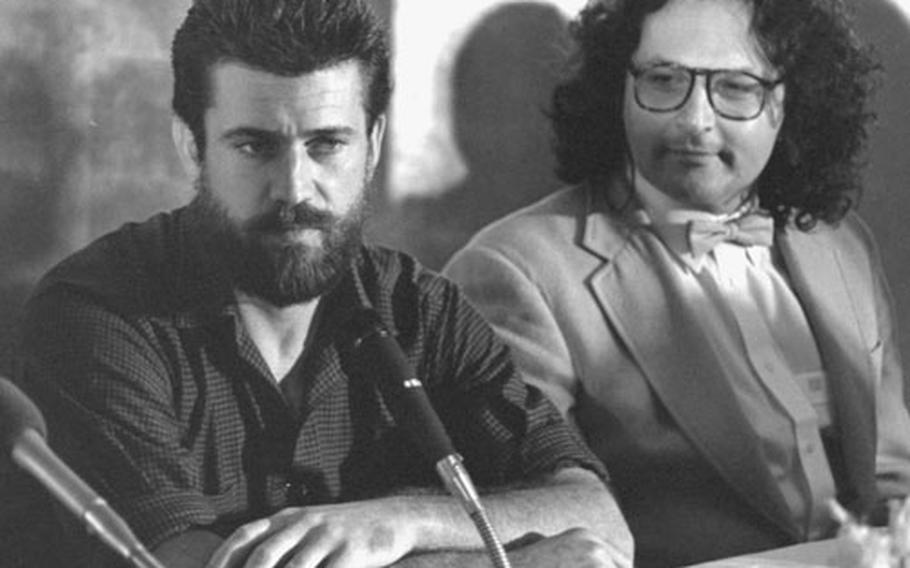 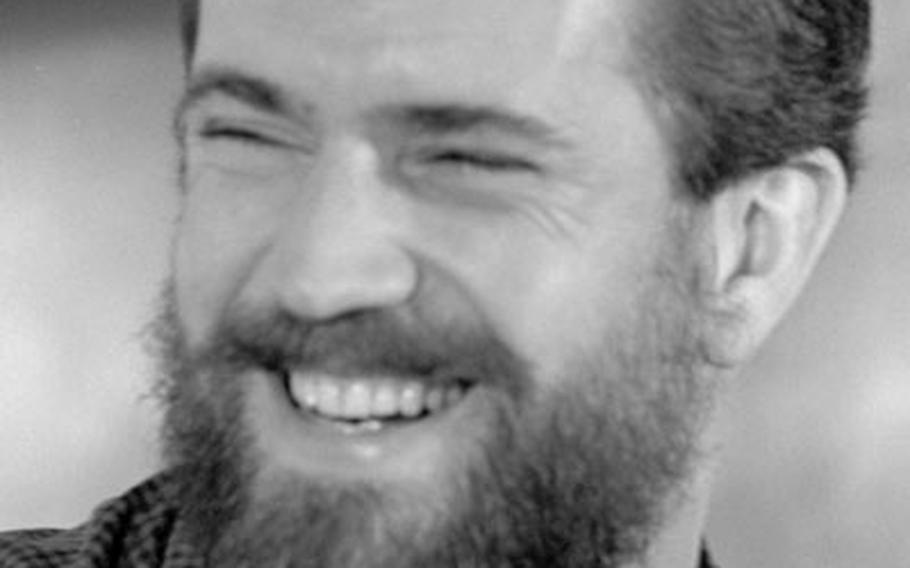 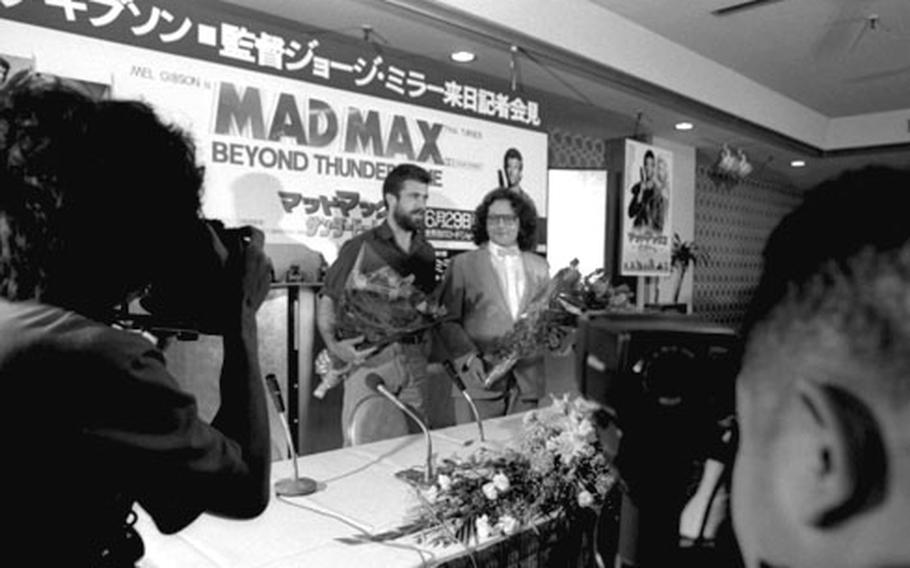 When Mel Gibson is Mad Max he&#39;s the hot rod king of a two-dimensional road, blasting bad guys into oblivion. When Gibson is himself in three-dimensional reality, he won&#39;t climb into anything that goes more than 50 mph.

"That&#39;s for people who are more able than me," Gibson says talking to the table and away from a group of microphones.

"If I can answer that question a little bit ..." George Miller, co-director of "Mad Max Beyond Thunderdome" steps in for Gibson, who was in Tokyo last week promoting the third of his "Road Warrior" movies, and explains that yes, Max did do his own Thunderdome gladiator stunts because he was better at it than the stunt man.

He also spent 10 days with 400 pigs during the shooting.

"They left the room before I did," Gibson says, looking at the table.

"I mean it was tough on everyone being out there (in Australia&#39;s 120-degree desert heat.)"

Gibson is tall, lean and all muscle. His blue eyes, set in the bearded face of a modern-day Adonis that&#39;s topped with a head of thick brown hair, blaze from across the room.

All those keen looks and perfect features fade as Gibson shuffles his feet and gazes open-mouthed everywhere except into the eyes of the half-a-hundred flashing cameras.

THE BLACK LEATHER road rat, master of many weapons and gladiator of the "Thunderdome" sinks into his chair and sits hunched over between a Japanese translator and Miller. He forces a few deep, deliberate breaths and fumbles in his pocket for a pack of Marlboros.

He puffs hard on the first of four cowboys he inhales during the hour and looks aimlessly about the room from the table to the wall as co-director Miller fields seemingly endless questions in his boisterous, directorly fashion about the making of the movie.

But everyone really wants to know what makes the starry-eyed actor tick and what it&#39;s really like to make a movie.

The only problem is Gibson refuses to answer any personal questions and he&#39;s not much of a subject-matter expert on making movies, casting and the like.

"Mr. Gibson, does the Mad Max character evolve over the three movies?"

"Uh, ... uh, ... he accomplishes that to some sort of degree. He lives in kind of a bleak world and his motivation comes from survival. He manages to disregard that a bit and let some other qualities come out.

"How did you like working with a tough lady like Tina Turner (who makes her "acting" debut as Aunty Entity in &#39;Thunderdome.&#39; She appeared in the movie rock-opera `Tommy&#39; as Gypsy, the Acid Queen.)?"

"It was fine. Uh, she&#39;s not used to that particular medium of communication. She ... uh ... communicates so much through concerts. She was a little nervous at first but she adapted very quickly.

Good answer, Max. Even though it was rehearsed and used for the video on the making of the movie, "Thunderdome," which will be released in Tokyo this week.

"How do you feel you&#39;ve developed as an actor since you were in Japan two years ago."

"I&#39;ve just gotten older actually. There&#39;s a lot more life experience that can be added to your part. Apart from that, it&#39;s just like anything, if you do something often enough it becomes easier. It becomes more manageable ...

"THERE&#39;S NOTHING, I think, there&#39;s probably nothing that can replace possibly something natural you might have a tendency toward. You can only spruce it up and refine it with technique.".

Any other questions. And please, not so personal.

OK, we have time for one more question.

"Welcome to Japan, Mr. Gibson. You have many fans in Japan. Is there any message you have for the girls?"

He looks at the table and sighs.

"What I do is nothing unless someone reciprocates ..."