From the S&S archives:Marine ribbons solve a TV crisis 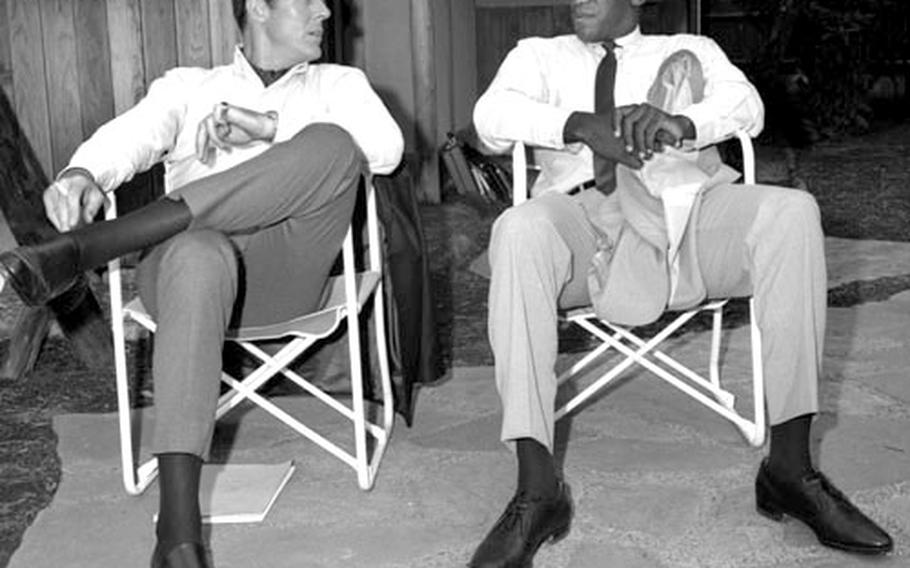 This was the stand producer Sheldon Leonard and his television crew took this week while shooting on location in Japan.

Leonard is president of T&L Productions, here to film background scenes for "I Spy," a cloak-and-dagger series to be viewed over NBC-TV this fall.

One of the episodes deals with the investigation of a Marine officer&#39;s death. The script calls for agents to question several Marines stationed in Japan. But when it came time for the actors to don their uniforms, there weren&#39;t any ribbons.

After several frantic telephone calls the trail led to Gunnery Sgt. Norbert Malecki, Marine representative in Tokyo. Since the image of the fighting Marine was at stake, Malecki quickly volunteered his ribbons, and borrowed additional ones from Maj. Clifford Steiner, administrative/liaison officer of Pacific Stars And Stripes, and SSgt. Edward Overvold, also assigned to the newspaper.

The crisis was over, the Marine image was saved, and the television crew went back to work.

Leonard said the problem developed because the TV unit&#39;s campaign ribbons were part of a shipment of equipment tied up by Japanese Customs.

"The "I Spy" group will be in Japan for a month.

Robert Culp and night club and TV comedian Bill Cosby are starring in the series. Cosby is making his TV acting debut as trainer for a globe-trotting tennis player (Culp). Their activities on the tennis court are only a front for their real occupation as secret agents.