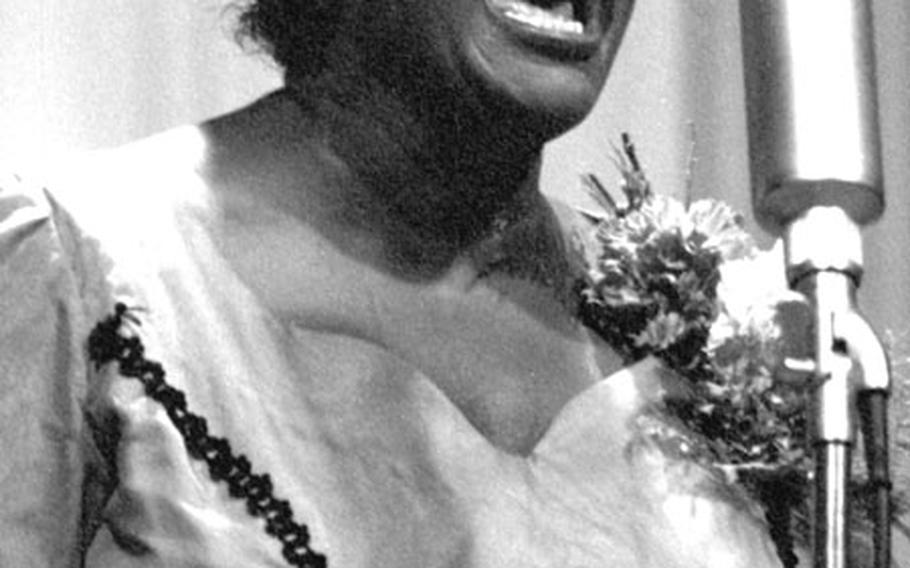 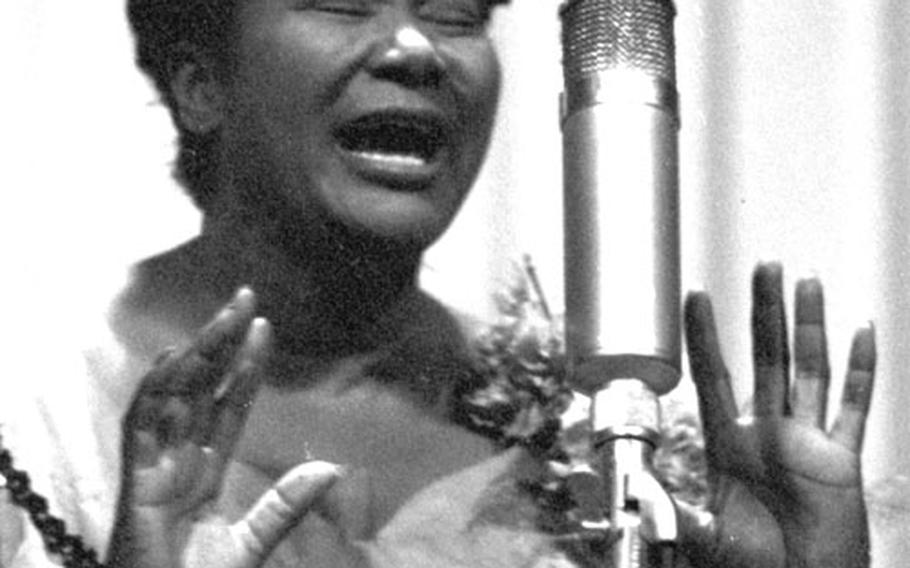 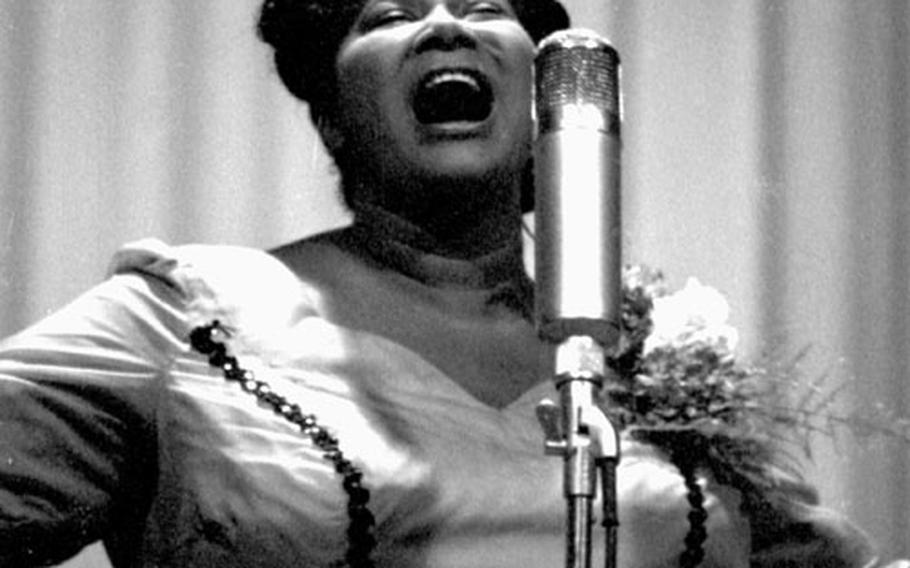 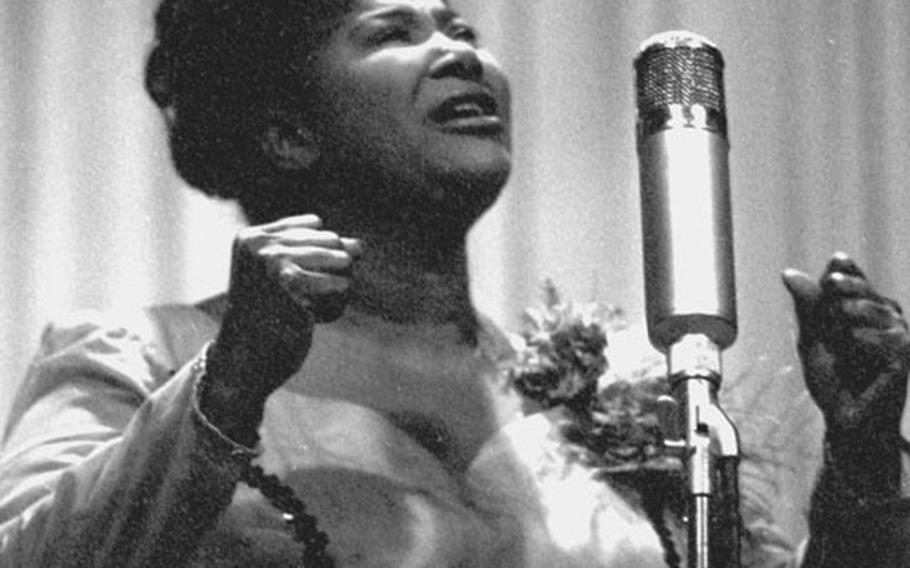 But it&#39;s not the blues that Mahalia Jackson, a daughter of New Orleans, sings: "There&#39;s despair in the blues . . . I still need the hope and happiness God&#39;s music brings." Her big voice, which would be a perfect vehicle for the blues phrasing of a Bessie Smith, transcends all religious and language barriers. It has mesmerized millions into helping her build an evangelical temple in Chicago. For that&#39;s what she intends to do with the money she has earned from recitals in many lands and from the more than 8 million of her records purchased by fans the world over.