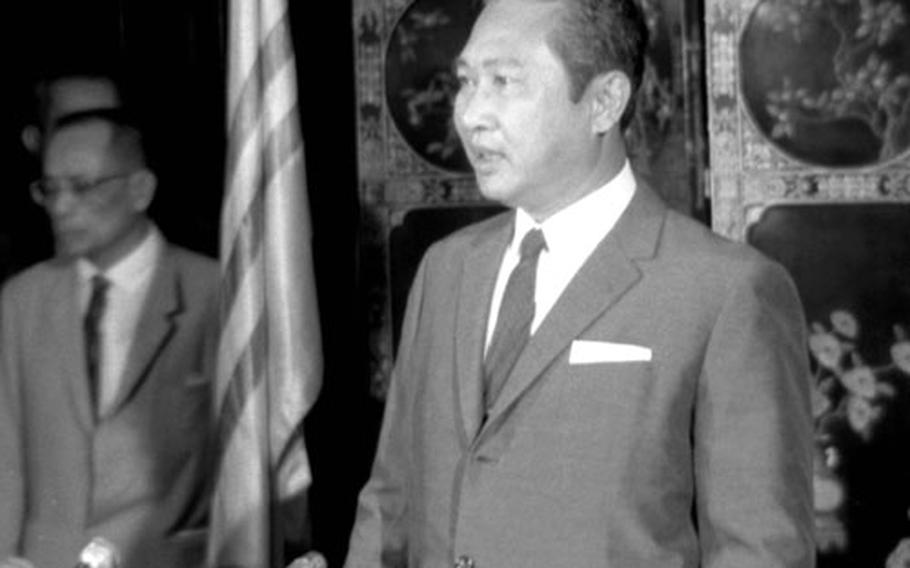 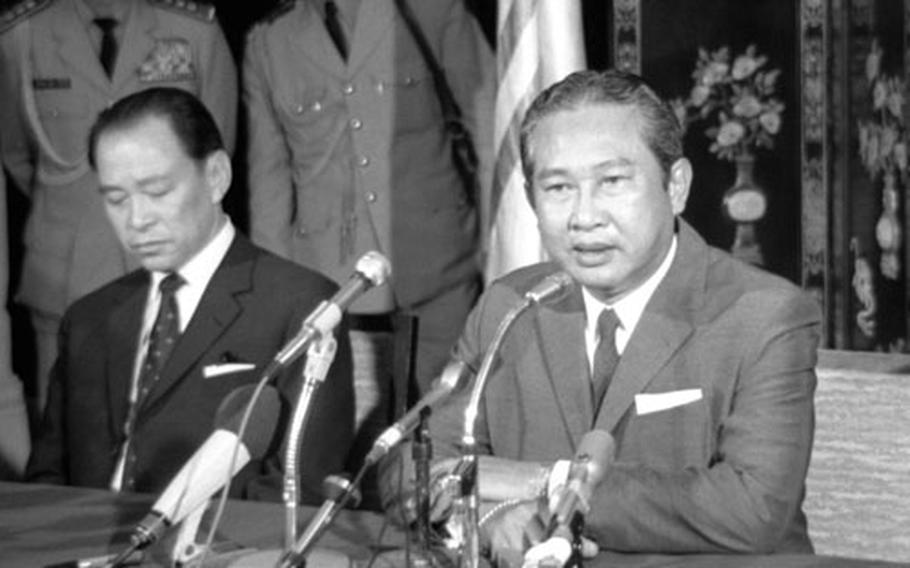 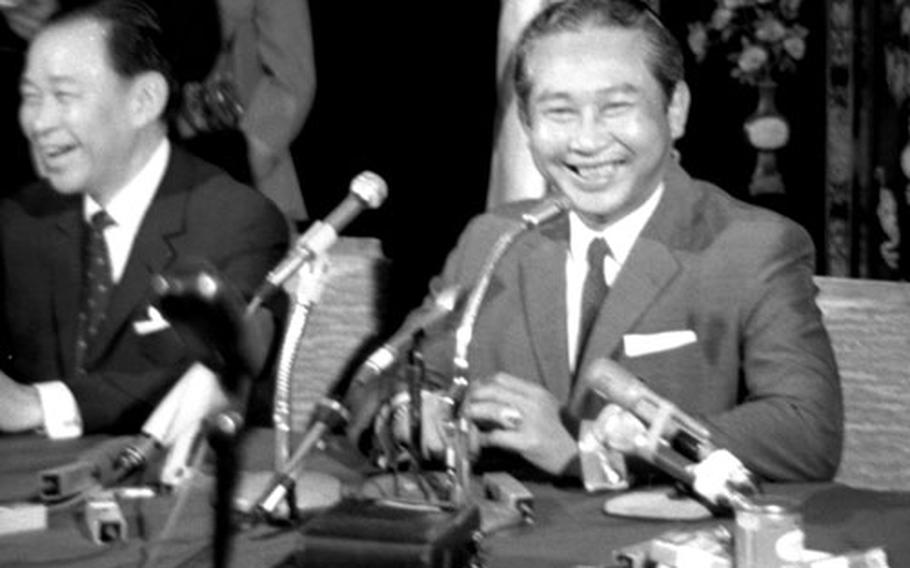 SAIGON &#8212; Cambodia&#39;s Prime Minister Lon Nol said here Thursday that more U.S. ground involvement in Cambodia is not needed at this time, and described current U.S. military and monetary aid to his country as "adequate and humane."

Lon Nol also denied discussing specific sums of money with Vietnamese or U. S. officials during his visit. "We are bringing our friendship here," he said. The prime minister made the statements at an afternoon press conference near the end of his official visit. The Cambodian delegation left for Phnom Penh Thursday night.

U.S. Ambassador Ellsworth Bunker and Gen. Creighton W. Abrams, commander of U.S. forces in Vietnam, met with Lon Nol for an hour and 15 minutes Thursday afternoon in what was described as a "courtesy call" by a U.S. Embassy spokesman.

During Thursday&#39;s press conference, Lon Nol repeatedly expressed his satisfaction with the extent of U.S. aid to Cambodia, and observed that "the Khmer army is increasing in strength."

(Lon Nol made the proposal as a "humanitarian gesture" for Tet, the Vietnamese lunar new year.

(Lon Nol did not elaborate on his offer to exchange POWs for journalists. Some 17 newsmen front six countries have vanished in Cambodia since last April and are presumed to be either dead or prisoners of the Communist command.)