From the S&S archives: Lawyer stars as Dracula 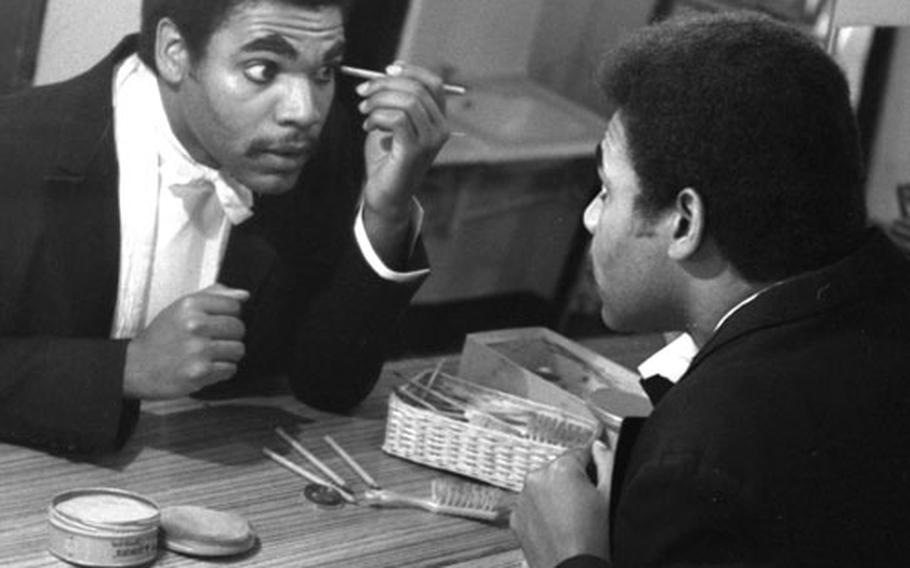 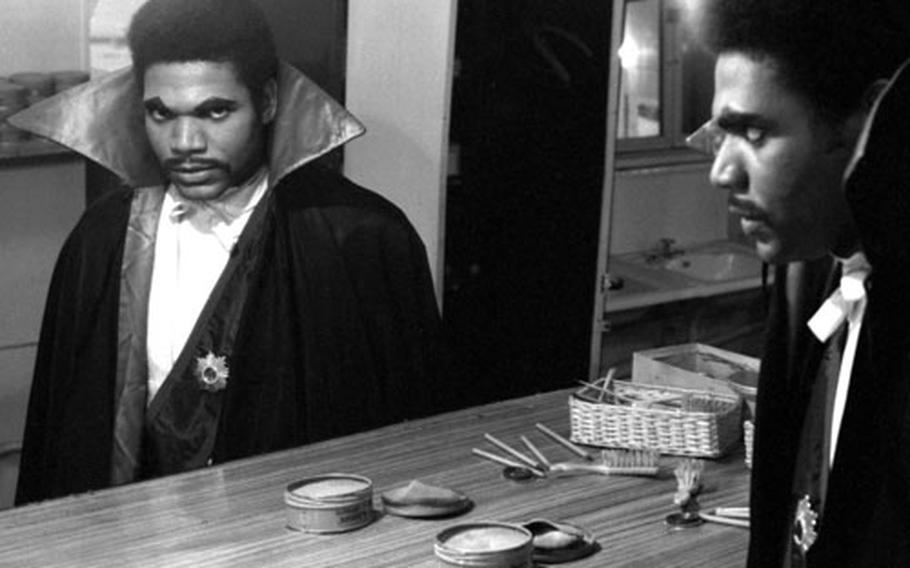 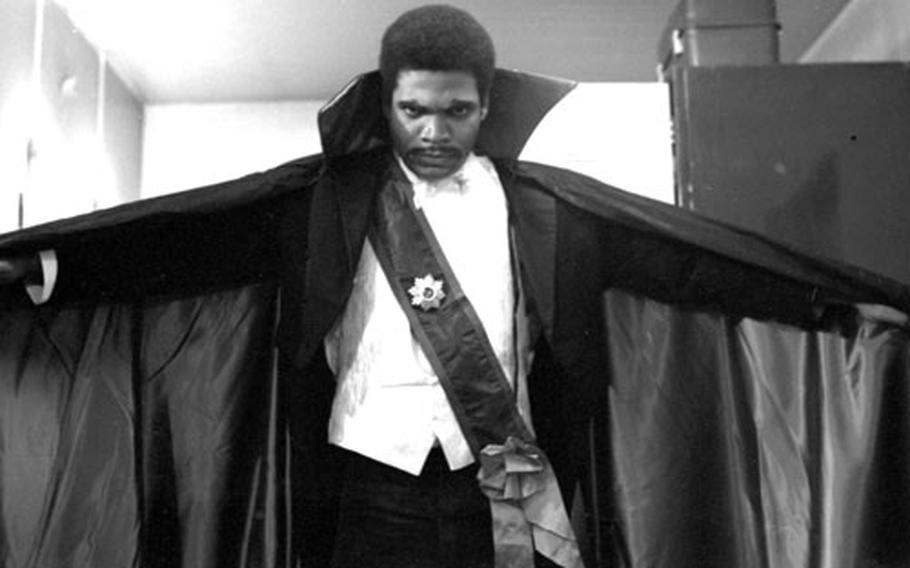 Capt. John D. Billingslea Jr. gets ready to go on stage as Dracula at Frankfurt in July, 1972. (Walt Trott / ©Stars and Stripes)

GETTING THE JUMP on Hollywood, the Frankfurt American Community Entertainment Center has presented the first black Dracula.

Although American International Pictures has just completed its film, "Blacula," based on the chilling Bram Stoker novel, the movie, with its black cast, has yet to be released.

The handsome soldier-star of the Frankfurt production was Capt. John D. Billingslea Jr., a 3rd Armd Div JAG officer, who has also co-starred in the community players&#39; presentation of "Bell, Book and Candle."

"Doing the Dracula bit was sort of a fun thing," chuckled the lawyer.

The Meriden, Conn., native is no stranger to show business.

UNDER THE STAGE name Beau Billingslea, he helped finance his University of Connecticut law-school studies by taking weekend and vacation-time acting jobs.

The 28-year-old officer performed in New York City on the CBS-TV daytime drama, "As The World Turns," and also had minor roles in three feature films to his credit.

During the filming of the Harold Robbins&#39; novel "Stiletto," in New York&#39;s Greenwich Village, Billingslea was engaged for a street scene with Barbara McNair.

"It was supposed to be shot in Harlem, but the film crew couldn&#39;t get the cooperation there," he recalled.

His two other film ventures were "The Kremlin Letter," which has Orson Welles heading an all-star cast, and "Generation" with David Janssen.

"THIS HAS GIVEN me an opportunity to meet some terrific people, such as Bill Cosby, Dick Gregory and Jack Palance," said Billingslea, who admittedly has "pounded a lot of pavement" in Gotham City seeking acting jobs.

"I was my own agent there," he explained, "and that works in New York, but out in Los Angeles you need an agent to find work."

Billingslea said that during his acting stints he saw evidence of improvements for the black artist in show business. "Roles which normally would be considered only for white actors were finally going to blacks," he said.

The Army lawyer recalls first being bitten by the acting bug during a college production of "Emperor Jones," in which he played the title role. "It was rather a demanding part since I was onstage practically throughout the entire play," he said.

During his campus days at the University of Connecticut, Billingslea was also involved in sports &#8212; football, baseball and basketball. He captained the school&#39;s first football team to ever beat Yale University.

At the close of that 1965 season, he was named to the All Yankee Conference scholastic team. The all-around athlete later turned down a contract to play pro baseball with the Kansas City Athletics.

"Dad actually put a nix on that," he added, with a grin.

Billlingslea graduated in 1969, and passed the Connecticut state bar examination that September. He was also an equal opportunity official for the state.

Although scheduled to enter the Army early in 1970, the lawyer-actor was able to obtain a delay-in-reporting so that he could accept his biggest acting break to date.

BILLINGSLEA had landed in the cast of the National Touring Company&#39;s stage production, "The Great White Hope," which starred Brock Peters. The play crossed the entire U.S.A., and the actor was able to get a second delay from the Army, before reporting to active duty in May 1970.

The officer has been in Europe 18 months. His acting experience obviously hasn&#39;t hurt him in the court room.

"One thing it does teach you, is not to have a sense of embarrassment," he said, "if you&#39;re easily embarrassed as a lawyer, then you&#39;re hamstrung."

Although reluctant to say yet which career he&#39;ll pursue after his Army hitch, Billingslea feels presently that there is a greater need for minority lawyers.

While his wife, Carol, a physical therapist, seems more in favor of his following a law career, their two-year-old daughter, Tonia, has not voiced an opinion.

As if having an interest in law, sports, show business, and the military wasn&#39;t enough, the officer recently began flying lessons. He has enrolled in an aero club near his Hanau home, with hopes of obtaining an amateur pilot&#39;s license.