From the S&S archives: Lana says she has no act; 'Guess I'll just say hello' 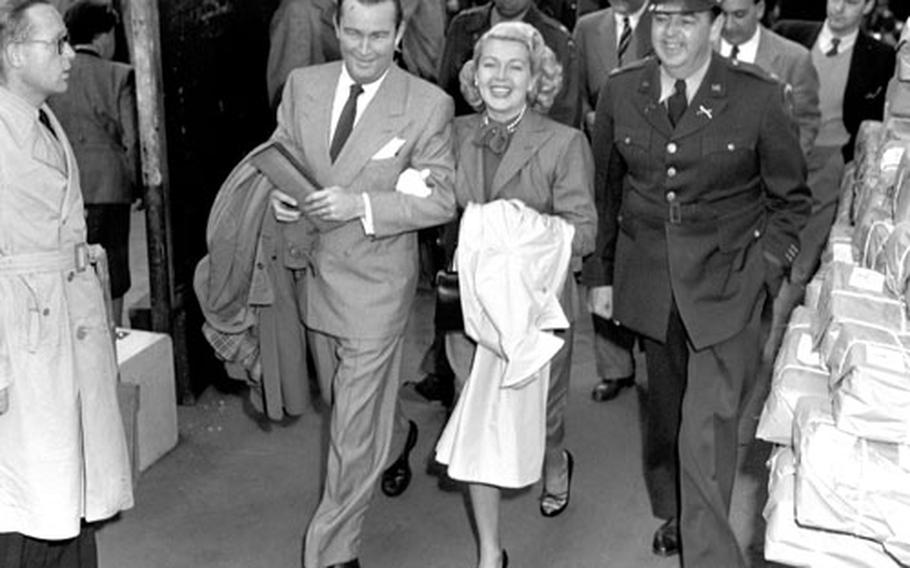 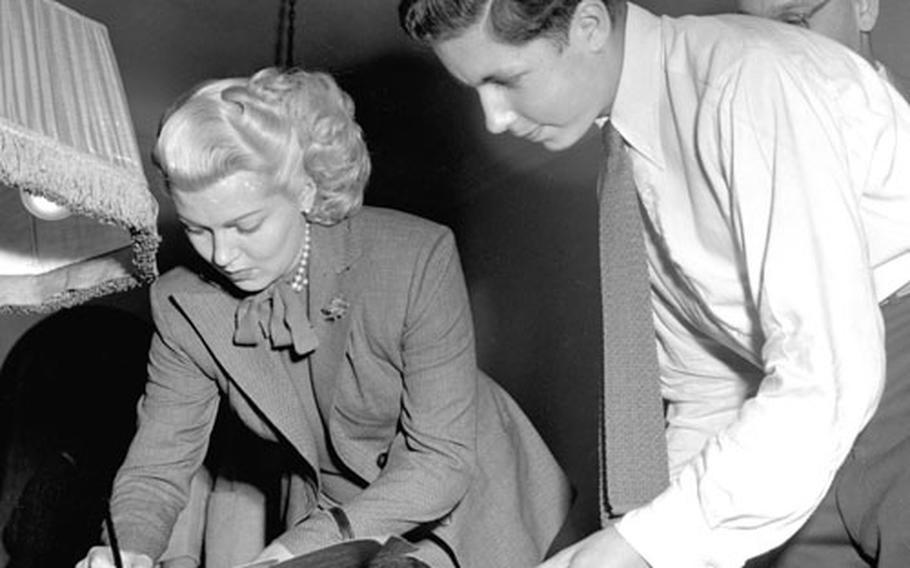 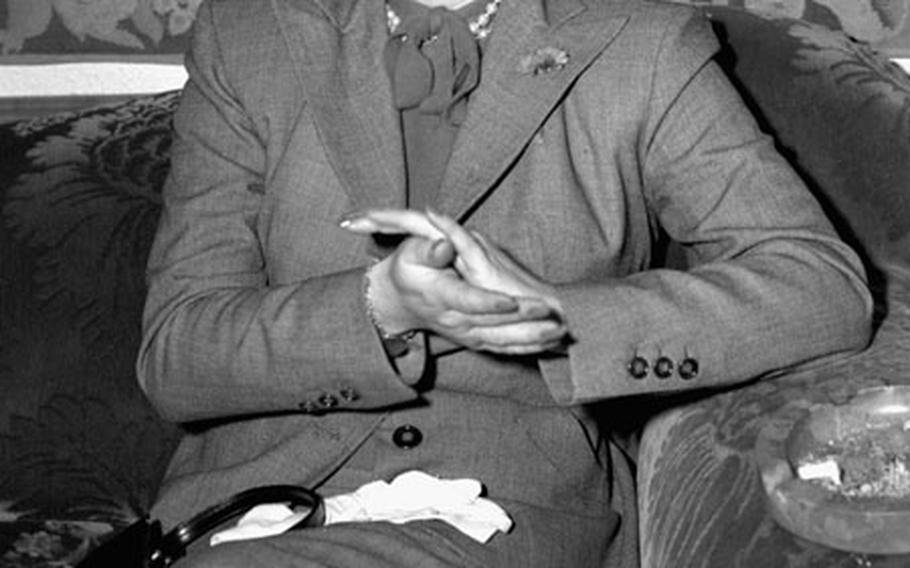 FRANKFURT &#8212; Lana Turner and her new husband, tin-plate heir Henry (Bob) Topping, started their tour of the EC today after two days of an off-again, on-again routine that kept reporters, photographers and fans running from Rhine-Main Airport to Frankfurt&#39;s railroad station, and back.

Lana was scheduled to spend 10 days entertaining U.S. troops, throughout the zone and Berlin, but she confessed she didn&#39;t know how. Asked what her act would be, she until: "Heaven only knows &#8212; just get out and say hello; I guess."

The Toppings arrived by train from Paris although their original itinerary had called for them to fly to Thursday morning, Special Services officials said the Toppings had refused to fly by commercial plane. The Toppings and their manager, Jimmy Cross, shrugged off questions about the delay, and said: "Would you rather we didn&#39;t come at all?"

At a. press conference in Frankfurt, Lana explained her run-in with London reporters by saying: "They&#39;re all-anti-American."

Lana summed up her visit to England by saying: "We don&#39;t like the British."

While saying she had also denied stories about her finger-tip length nighties after the press had made a "sensation about it." she admitted they were tucked away in her 13 pieces of luggage.

The 27-year-old actress went later to Rhine-Main to fly to Munich, where she was scheduled to appear tonight. She wore lemon-yellow slacks under her mink coat, She also wore golden sandals. Lana did not wear a parachute harness.