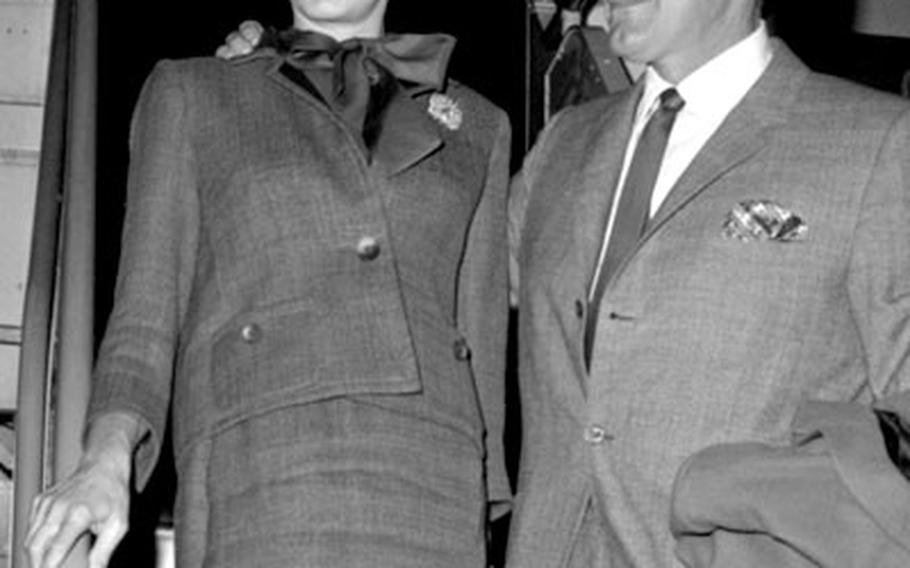 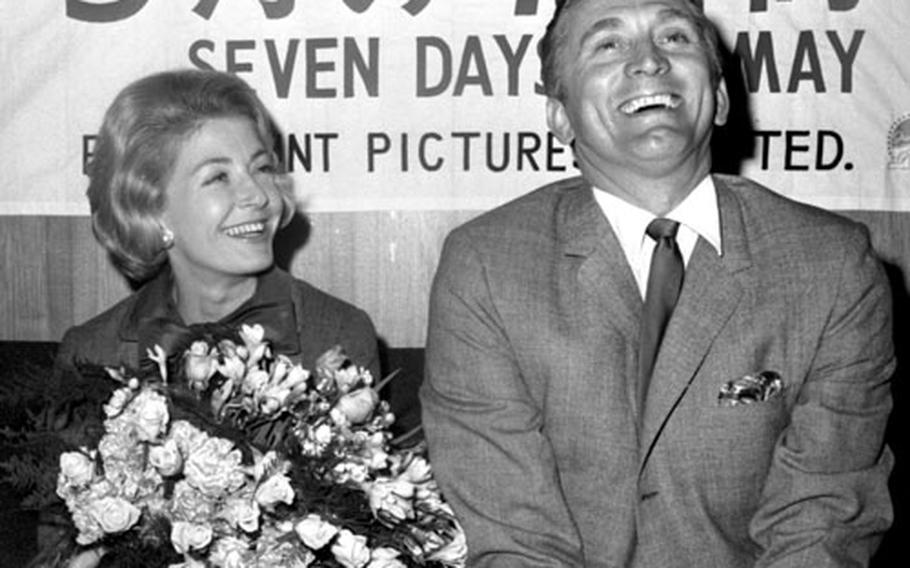 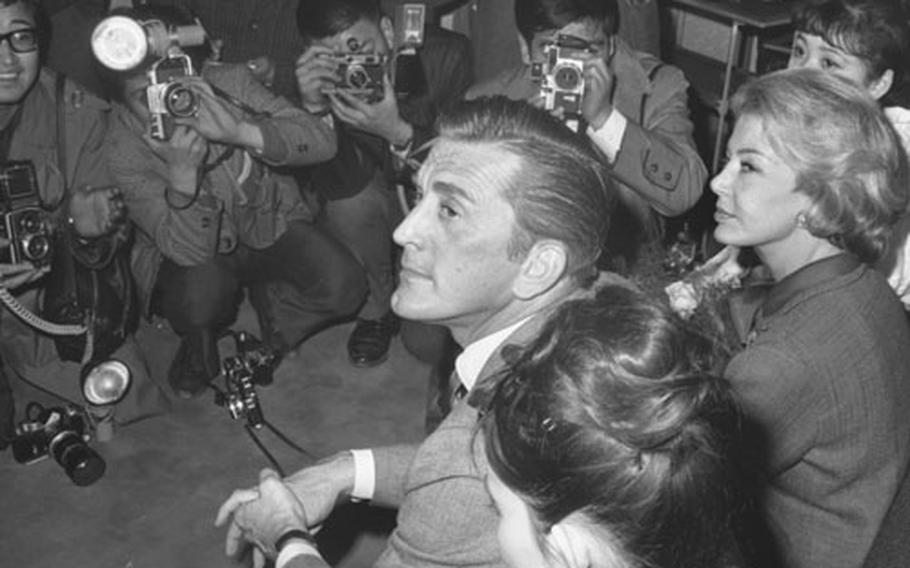 Kirk Douglas and his wife, Anne, arrive in Tokyo in March, 1964. The actor was visiting Japan as part of a State Department program, as well as to promote his latest film, "Seven Days in May." (Hideyuki Mihashi / ©S&S)

TOKYO &#8212; Kirk Douglas, a one time 30-cents-a-week newspaper delivery boy and now a million-dollar movie actor and producer, arrived in Tokyo Tuesday night. Douglas and his wife Anne arrived from Hong Kong and were met by a crowd of photographers and several hundred autograph seeking fans at Tokyo&#39;s International Airport.

He is on a round-the-world goodwill tour in conjunction with the State Department&#39;s program of sending as many American artists abroad as possible.

"Even though my trip is part of the visiting artist program, I am also visiting Japan to publicize my latest movie &#39;Seven Days in May&#39; scheduled for release here in April," Douglas said.

During his seven days in Japan, Douglas will visit four cities, touring movie industries and conferring with Japanese movie actors.

"I want to see how Japanese movies are made, since this is my first visit to this country," he said.

Douglas will be guest at the Japan-America Society Luncheon Thursday at Tokyo&#39;s Kaikan Hail. He will he the first American actor to speak to the group.

Douglas has made previous lecture tours abroad under the auspices of the State Department.

Douglas, who speaks no Japanese but learned to say "thank you" (arigato) between the airport entrance and the conference room, said, "I&#39;m also interested in meeting with small groups of young Japanese."