From the S&S archives: Kentucky Fried Chicken is shaping up, says Col. Sanders 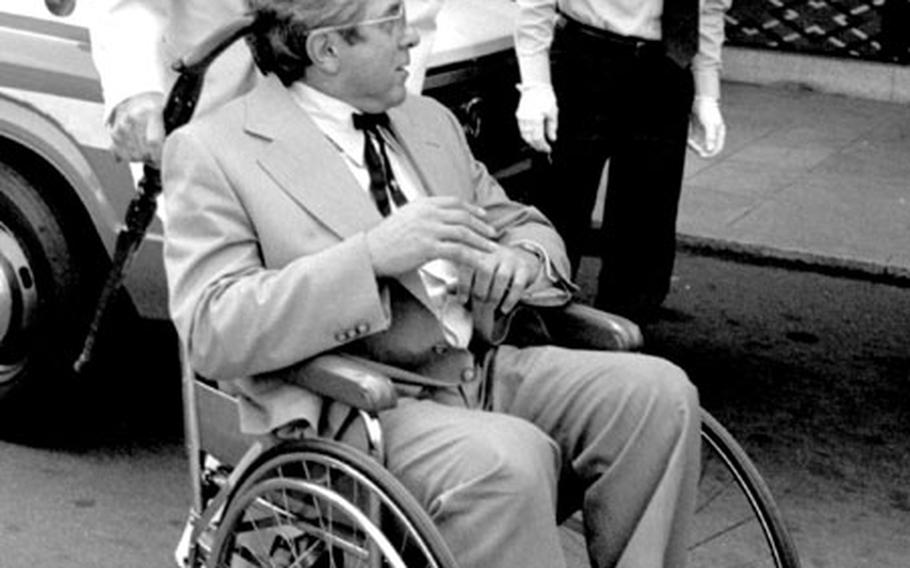 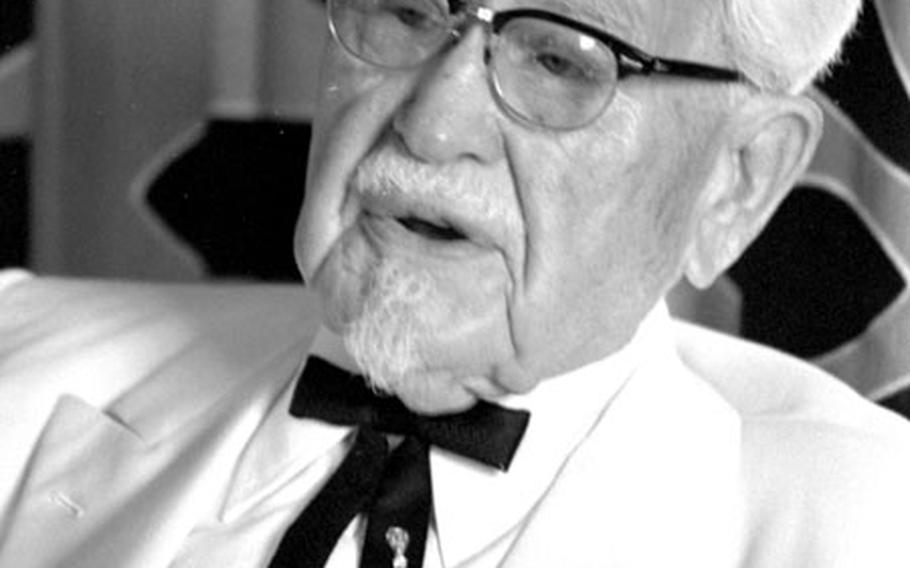 TOKYO &#8212; A taxi cruised alongside the colonel&#39;s car, its passengers wildly snapping pictures of the white-haired Southern gentleman.

"Look there boys," the colonel said to his entourage in the back seat as he rolled down his window to oblige the picture-takers. "I&#39;ve never seen nothin&#39; like that before."

The colonel waved and smiled until the photographers finished and the taxi blended into the morning traffic and disappeared.

"He attracts a crowd wherever he goes," said Robert Hardy, director of Kentucky Fried Chicken operations in the Middle East and Africa. "We landed in Bangkok and when the colonel went into the terminal, it was the usual mob scene. I thought he was going to get writer&#39;s cramp from signing his autograph."

Writer&#39;s cramp is part of the job of 87-year-old Col. Harland Sanders, who founded the chain of Kentucky Fried Chicken outlets when he was 66.

The colonel sold the company in 1974 for $2 million but remains on the scene as the company&#39;s roving goodwill ambassador.

He arrived in Japan Monday for a four-day visit during a trip which included the Middle East and Europe.

The colonel said in an interview he once almost left the company because the product wasn&#39;t finger lickin&#39; good anymore. But he&#39;s happy now because the company has realized "the fallacy" of its ways.

In the early 1950s, the colonel was running a restaurant business. "Of course, I always tried to have the best food of any restaurant. And my chicken was one of my developments that was particularly fine and popular.

The colonel sold the first franchise to Pete Harman, who today owns stores throughout the Western United States.

Harman is the only person outside the company who knows the colonel&#39;s secret chicken recipe.

The colonel said the key to Kentucky Fried Chicken&#39;s success has been "the uniformity of the product. It was designed so no matter where you ate it, it would taste the same. It&#39;s just had phenomenal growth because of the quality of the product.

"The company, then, began makin&#39; some little changes, ya see, with the equipment and the manner in handlin&#39; the chicken and the fat.

"So the product came pretty much into disrepute. They lost a lot of value in their stock. Chicken sales went down.

"And then they went back to basics, puttin&#39; it back on the market like it used to be.

"Commencin&#39; the first of January, they went to mixin&#39; the spices and flour in the kitchen like we did. Heretofore, they mixed &#39;em down in Texas and shipped It. By the time it reached its destination, why, it had lost a lot of its potency. When it lost that, the chicken lost its taste, don&#39;t ya see?

"They had to hit the bottom before they made the change back. There&#39;s a young man by the name of Mike Miles at the head of ... Kentucky Fried Chicken ... and he determined to bring it back the way it was.

"That makes me happy. It&#39;s the only reason I&#39;ve stayed with the company. Somebody saw the fallacy of their ways."

Kentucky Fried Chicken uses 1.75 million chickens every day in its more than 6,000 outlets around the world. The company buys 11 percent of the broilers grown in the United States.

The colonel said as far as he&#39;s concerned, no competitor has come close to his perfection in the chicken business. "To make a success of anything, it has to be genuine, no question about it. Ya can&#39;t bluff through it.

"Here in Japan, they do an excellent job. It&#39;s one of the best. They&#39;ve never changed one bit from what we taught them when they first started out. The fact that they&#39;ve kept it uniform has paid off for them. They&#39;ll have more than 200 stores by the end of the year, they say."

The colonel said he&#39;s particularly proud of what he&#39;s accomplished as a senior citizen.