From the S&S archives: Justice Warren arrives; will address U. of Md. graduation 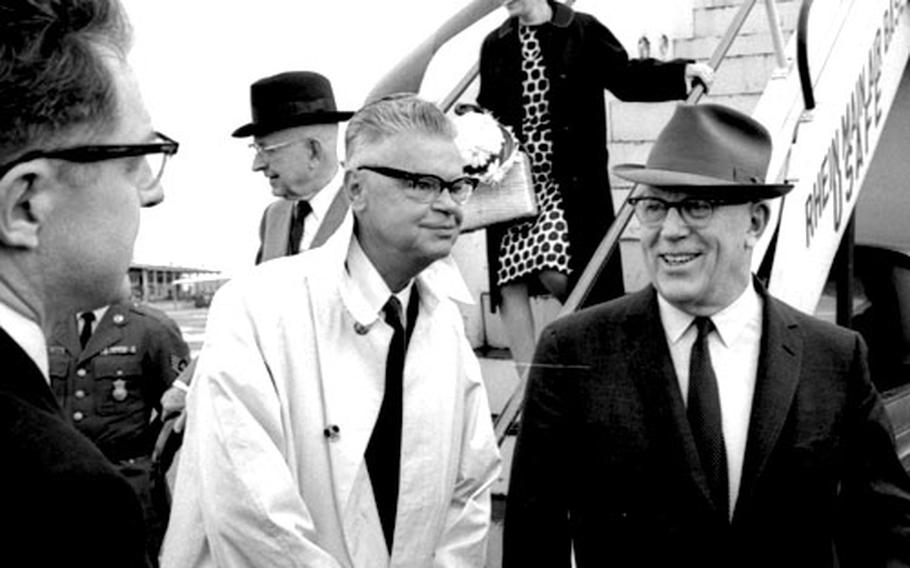 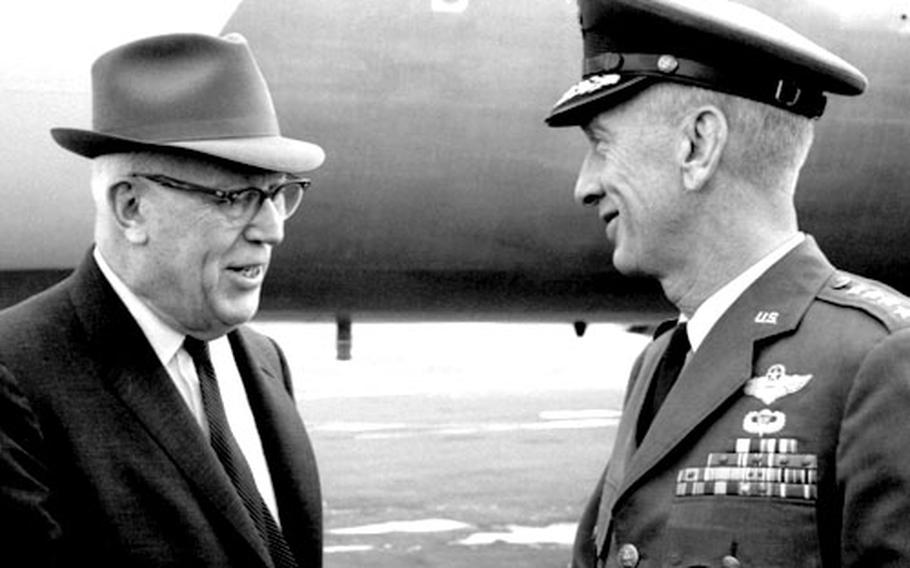 FRANKFURT &#8212; Chief Justice Earl Warren headed the distinguished passengers disembarking Friday morning at Rhine-Main Air Base from the Presidential plane, Air Force One, which was put at Warren&#39;s service late Thursday for his trip to Heidelberg, where he will address University of Maryland graduates Sunday.

Warren, originally scheduled to arrive here by commercial flight and accompanied only by his wife, acquired a number of traveling companions with President Johnson&#39;s loan of his VC137.

Members of Warren&#39;s family accompanying him, in addition to his wife, were sons James and Robert and their wives, daughter Nina and husband, Dr. Stuart Brien, and daughter Dorothy.

The Warren party, including the Blacks and Reeds, departed immediately for Heidelberg. The return to Washington is planned for Monday. Warren is scheduled to preside over Tuesday&#39; morning&#39;s Supreme Court session.

Before descending from the Presidential jet, Warren, wearing a gray hat and suit and carrying a bulging briefcase, paid his compliments to the plane crew. He then chatted at the bottom of the steps with his university hosts, and with O&#39;Meara and Holloway.