From the S&S archives: Jungle airline slow but steady 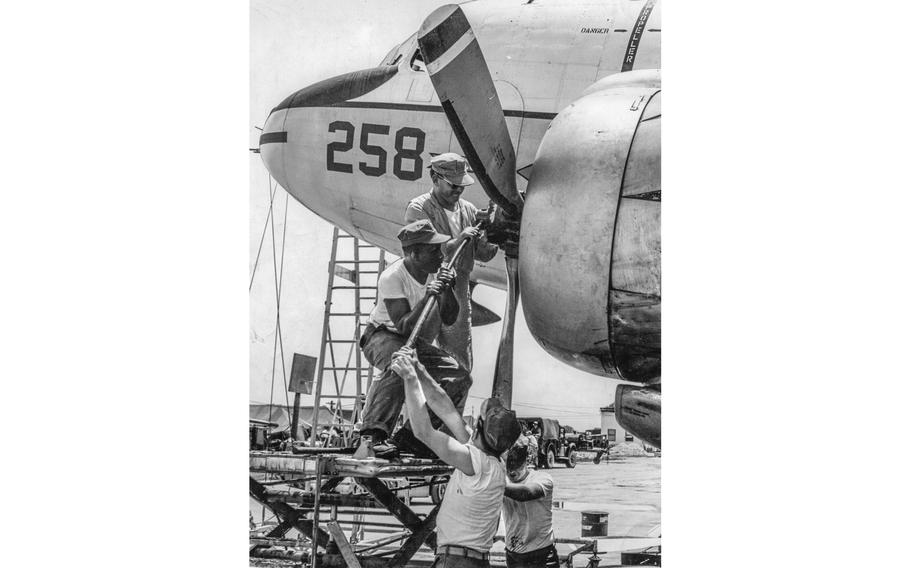 SOC TRANG, South Vietnam — “Supersonic Sam’s Unscheduled Airline,” operating from a small jungle airstrip here, is headed by a U.S. Marine sergeant who acts as president, general manager and its senior (and only) pilot.

Sammy’s enterprising airline consists of one battered and overworked, but smooth-flying Marine R5D transport plane and his four enlisted crewmembers.

The "supersonic" tag stems from the constant harassment slower-flying cargo pilots get from their jet pilot friends.

Dobbins and his crew are attached to Marine Medium Helicopter Sq. 362 here.

Dobbins, a veteran of more than 19 years’ service, is the only enlisted U.S. pilot in the Republic of Vietnam and one of the last of a fast-fading breed in the Marine Corps.

Besides flying transport planes, Dobbins is also qualified in jet fighters — although he seldom gets the chance to fly any.