From the S&S archives: Joni Mitchell: A laid-back and mellow feeling 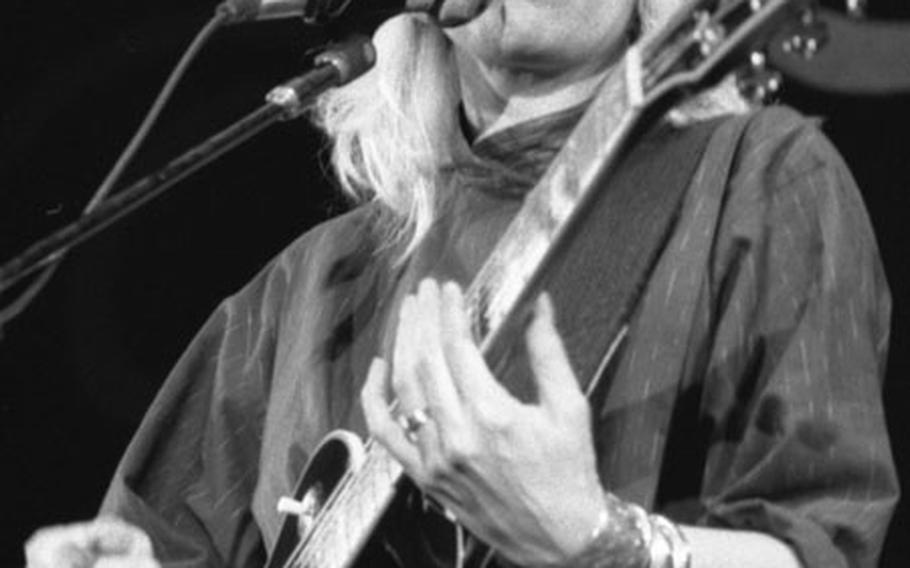 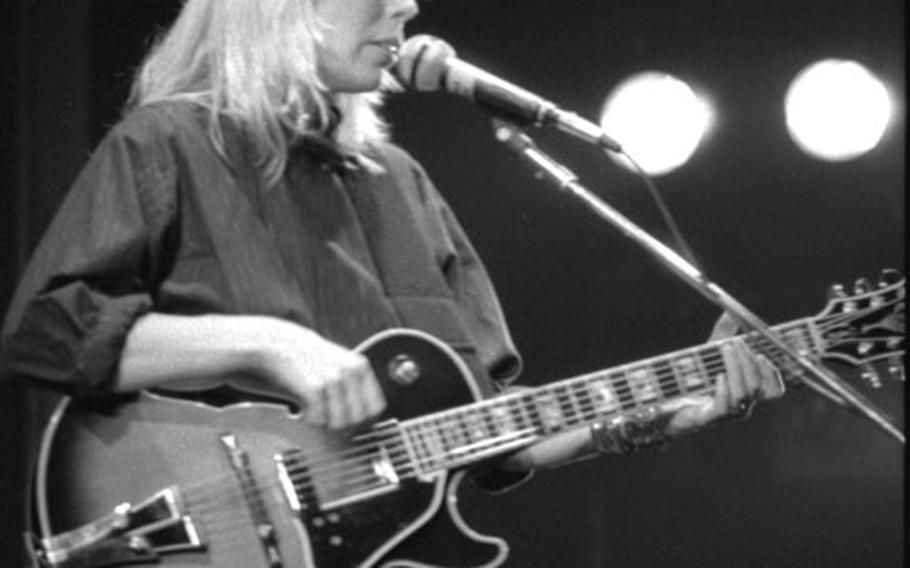 Joni Mitchell at the Ebert-Halle in Ludwigshafen, Germany, in 1983. (Jim Rylander / ©Stars and Stripes)

VERY LAID BACK and mellow was the feeling as Joni Mitchell casually approached the stage at Ludwigshafen&#39;s Ebert-Halle. The audience was comfortably seated without the usual screaming and yelling that accompanies most rock concerts.

But then Joni Mitchell has never been your ordinary rock singer. Combining jazz with rock has been her forte and can be recognized anywhere.

With more than a decade in the business Mitchell still looked vibrant and youthful, displaying none of the fatigue that seems to accompany most acts after so many years.

Born and raised in Canada, Mitchell began singing in local coffeehouses while attending art school in Calgary. After a brief marriage to folk singer Chuck Mitchell, she moved to New York in the early &#39;70s where she began her career.

Mitchell opened the show with her popular Free Man in Paris. Accompanied by her four-man band, the blonde lady continued non-stop with other favorites like Help Me and The Hissing of Summer Lawns. She switched from guitar to piano and sometimes sang without accompanying herself. From her new LP, Wild Things Run Fast &#8212; her first in three years &#8212; we heard two cuts, Chinese Cafe and Refuge of the Roads.

Just as the energy and excitement started to build, an intermission interrupted the otherwise excellent show. The untimely stop seemed to set everyone back and broke that all-important bond between the artist and audience.