From the S&S archives: Johnny Cash: Still walkin' the line 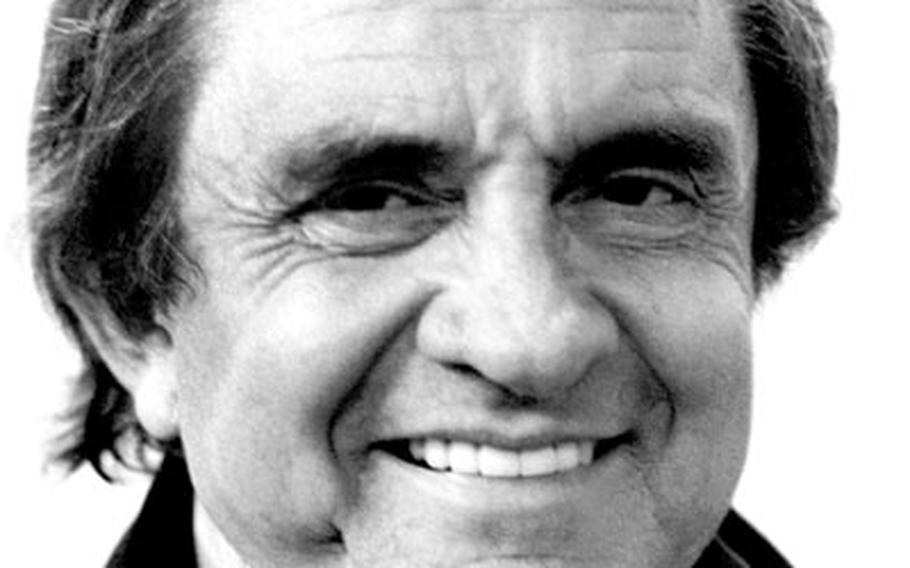 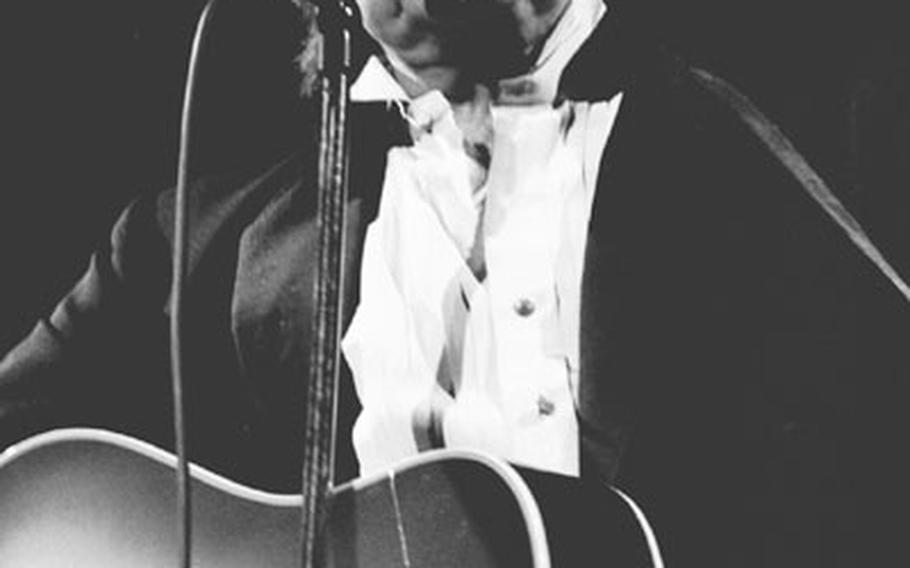 Johnny Cash, standing 6foot-2 in his black swallowtail coat, coal-black eyes peering over the crowd, cuts a formidable, even ominous figure on stage.

It&#39;s not just the country singer&#39;s voice, deep as a mineshaft yet clear as a rippling brook, that makes something swell up inside like the sound of waves crashing onto the shore.

It&#39;s not just the familiarity of his songs &#8212; Ring of Fire, I Walk the Line, Long Black Veil, Folsom Prison Blues and a stream of others dating back some three decades &#8212; songs he rolls out as, smooth and deep and soulful as if they were written last night.

It&#39;s got something to do with the fact that Cash is such a ... force ... in the music scene, one of those "legends in his own time." To not have seen Cash in concert is to have missed, say, Elvis Presley or the Beatles.

If Johnny Cash is indeed awesome, so is his schedule ...

Cut to back stage. Intermission at Frankfurt&#39;s Jahrhunderthalle concert hall.

Word was that "the man in black" would only do one interview during his German tour. That was last week in Berlin. To preserve his voice, see?

Yes, but couldn&#39;t he spare just a few minutes with The Stars and Stripes? After all, Cash once. Said that next to prisoners, he liked performing for military audiences best. That was back in the late &#39;60s &#8212; remember? &#8212; when Cash was touring the military club circuit in Europe.

So, what do you ask a man who&#39;s been in the business for some 32 years and has probably been asked just about every imaginable question &#8212; and you&#39;ve got only a few minutes to ask it? Some advice from Hugh, Cash&#39;s fast-talking publicist: Keep away from the personal stuff; ask him about his music.

Three decades of music in just a few minutes ...?

"Here&#39;s something: Ask him about Brooke Shields," suggests Hugh the fasttalking publicist, who&#39;s been with Cash for just a year and a half. "Ask him about the Johnny Cash-Paul McCartney connection. Or about Stephen King. Or Frank Zappa."

All right, all right, we wanna know about Brooke Shields.

Quick cut to an empty dressing room. Off stage, in person, alone, Cash presents a less imposing figure. His shoulders are hunched, his mumbled answers are short, one ear is cocked to the intercom that carries the sound of his wife, June Carter, and band from the stage. He&#39;s a gentleman, not at all ominous. He waits until his guest takes a seat before he does. Then he sits on the edge of his chair, ready to jump at his cue to rejoin the band.

So, what&#39;s this about Paul McCartney?

Turns out the former Beatle, along with country singer Tom T. Hall, visited Cash at his house in Jamaica last Christmas and they came up with a song called New Moon Over Jamaica.

Then there&#39;s that song McCartney wrote for Cash &#8212; actually for Cash, June &#8212; Carter, McCartney and his wife Linda. The four will be heading to the studio when Cash gets to London in May.

Cash says he&#39;s also about to release some new albums. The first, which will be out in Germany next week, is called One Million Dollar Cash. It&#39;s a collection of 20 of his greatest hits, including Ring of Fire, Folsom Prison Blues, Get Rhythm, Cry, Cry, Cry and Tennessee Flat Top Box, which he recut with his band and recorded live in the studio. The album was a special request by the German division of PolyGram Records for German Cash fans. It will be released in the United States in about three months, under the name Classic Cash.

Then there&#39;s an all-new album coming out called Water From the Wells of Home. It contains duets with his family and friends, including June Carter, his son John Carter Cash, Emmy Lou Harris, Hank Williams, Waylon Jennings and Tom T. Hall.

Suddenly, the few minutes are up. "Oops, gotta go." Cash leaps up, heads to the door. Back to work. Bye, bye, Johnny.

Now, about Stephen King. Hugh the fast-talking publicist says the. horror novelist got up on stage with Cash at a concert in Bangor, Maine, and sang Johnny B. Goode with him. And Frank Zappa, recently on tour in Germany, had a long chat with Cash and did a Cash medley during one of his shows. And Bono, lead singer of the rock group U2, wants to get together with Cash and do a song with him, too.

Oh, and Brooke Shields. Brooke and her mother, of course &#8212; are big fans of Johnny, and Brooke recently got up on stage and sang with Cash&#39;s band &#8212; minus Cash &#8212; at the universities of Missouri and Illinois. It was a little number the little actress wrote herself.

The point is, Hugh says, the point that&#39;s gotta come out in this article, is that Cash is such a ... force ... in the music scene that all different kinds of people want to perform with him.