From the S&S archives:John Denver says he grabs his songs as they go floating by 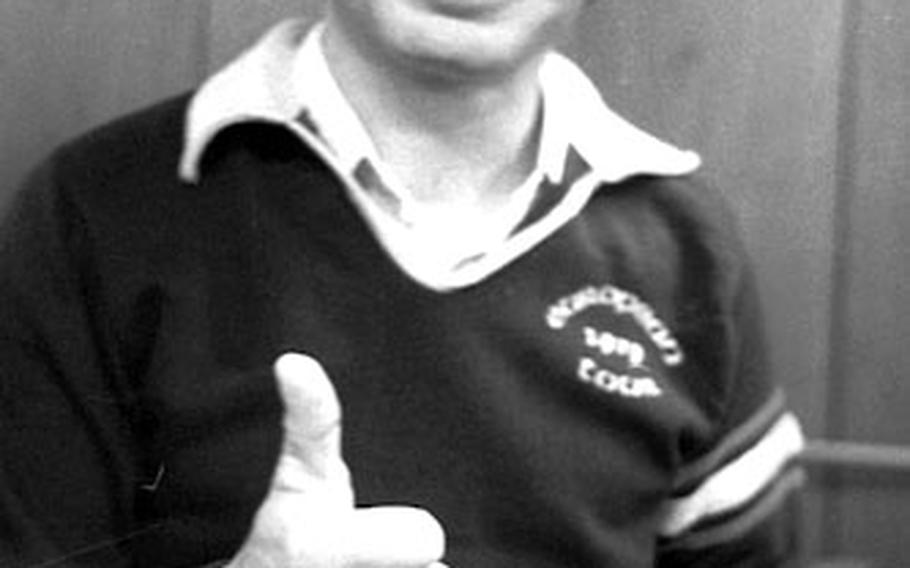 FRANKFURT &#8212; John Denver, the quintessential country boy whose voice has sold more than 100 million records, revealed a startling fact at a press conference here this week.

"I believe the songs are out there already. Sometimes I&#39;m the guy who is sitting there with a pen in hand when one goes floating by, so I reach out and grab it."

Denver is in Germany for a 12-city concert tour that is to begin Friday night in Dortmund and wind up Oct. 20 in Frankfurt.

Born Henry John Deutchendorf 36 years ago in Roswell, N.M., the familiarly bespectacled singer said he has "almost nothing to do" with his songs. "I think songs come whenever they come."

"I tried very hard to finish the song in time for the television show but it just wouldn&#39;t come." Weeks later he was still trying to finish the song in time for an upcoming tour. Again he drew a blank. Returning from a skiing outing, the elusive song came to him in the 20-minute drive home in his jeep. "The song, the music &#8212; it was just there," he said with a sheepish grin.

When "Leaving on a Jet Plane," floated by nearly a decade ago, Denver pulled it in and his career began to turn around, although it was Peter, Paul and Mary who actually recorded the hit version of it. "Country Roads" solidified his claim to musical immortality, and seven gold records in a row followed.

The familiar haystack haircut of a few years back has begun to recede slightly but his youthful appearance endures. The ever-present wide grin and frequent use of the word "Golly," hardly seem appropriate for a man involved in global affairs.

But Denver says his interests have mushroomed from the preservation of Rocky Mountain natural beauty to getting involved in saving whales, nuclear safeguards and world starvation, among other causes.

Responding to criticism concerning his rise in unpopularity in Colorado, the singer deftly avoided discussing the 4,000 gallon gasoline storage tank he recently purchased near his home in Aspen.

"Anytime you are in the public eye and sometimes involved in controversial areas, you will get some criticism. I expect it and I enjoy it."

Denver said he was particularly flattered by his periodic appearances in the "Doonesbury" cartoon strip.

Recalling his experience as an Air Force brat, Denver said the frequent military moves were difficult for him. "I was an insecure 13-year-old and the constant uprooting exaggerated the insecurity back then. But looking back, I&#39;m filled with gratitude. I think the variety of people I met helped me with my song-writing career."

One reason for his tremendous success in the record industry, Denver feels, is that his music has universal appeal. "My songs aren&#39;t just for any one segment of society, &#8212; like the shake-your-booty kind of thing &#8212; little kids, grandparents and folks in between enjoy my music.