From the S&S archives: Jazzman Hampton socks it to 'em 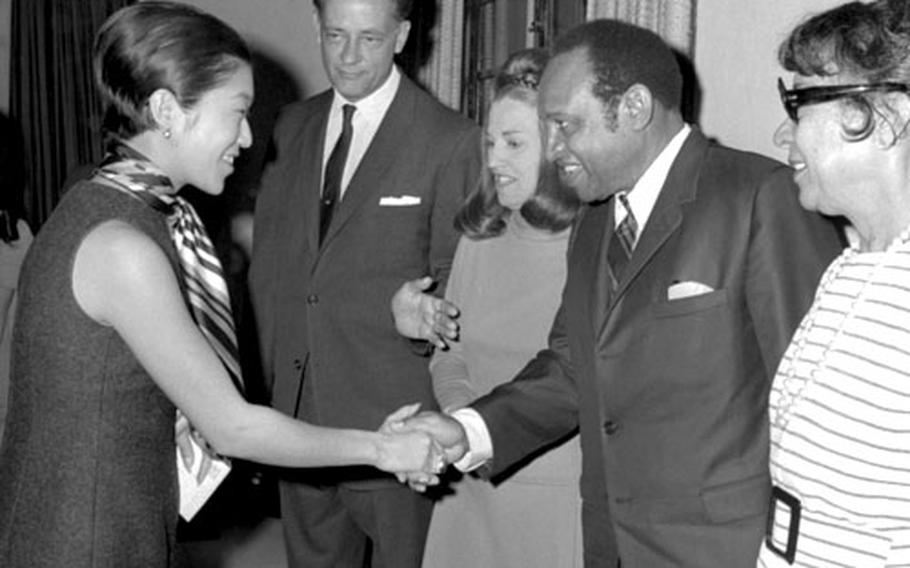 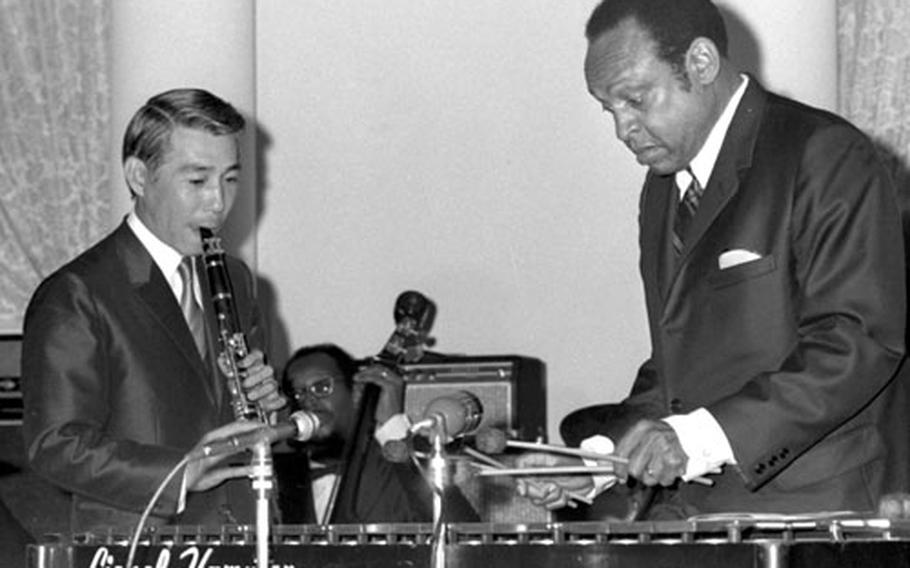 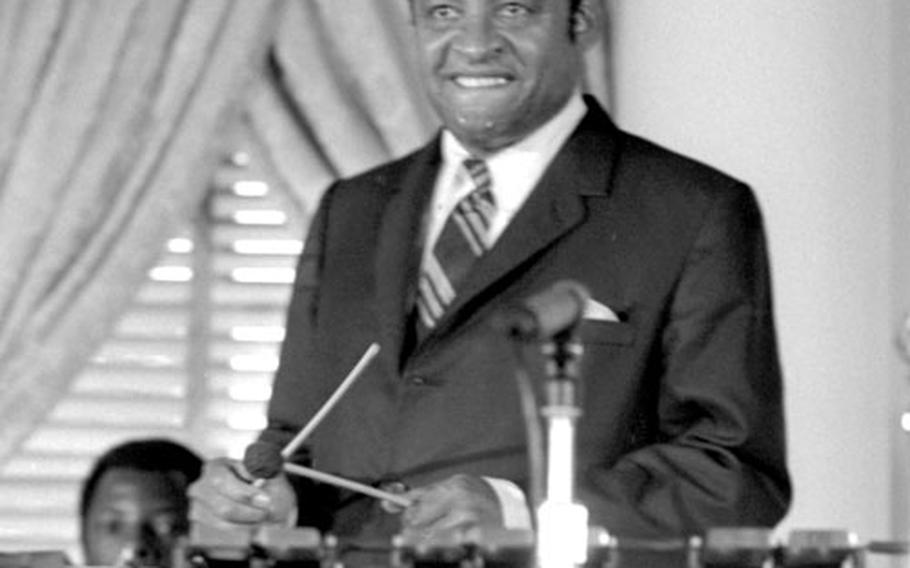 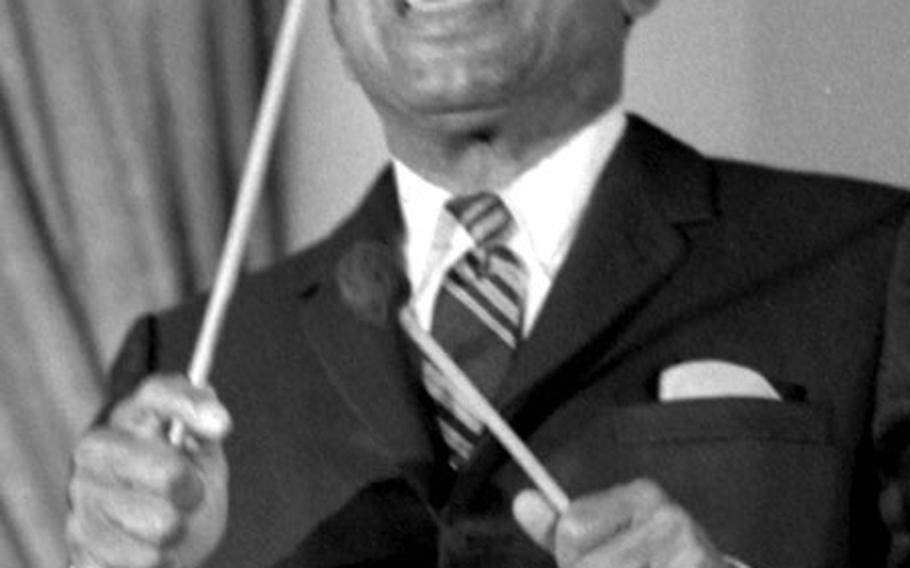 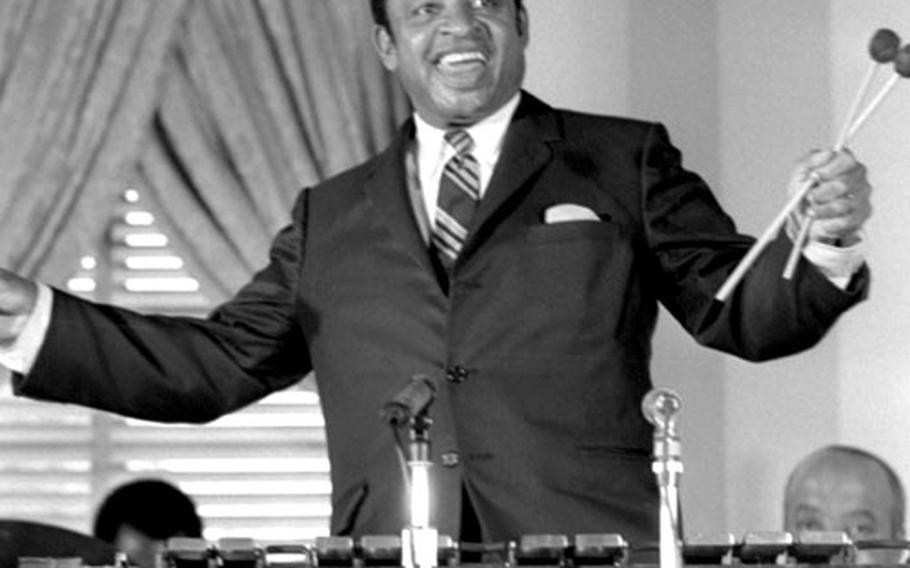 TOKYO &#8212; Lionel Hampton jumped between photographers, bellboys and musicians Monday when his wife discovered something was missing &#8212; the top button to his jacket.

That&#39;s how the world-famous vibraharpist arrived in Japan from Thailand, Okinawa and Taiwan for a 10-day tour of military and civilian clubs here.

But what Hamp, on his fourth tour of the Far East, didn&#39;t realize was that at the moment he was the only U.S. ambassador in Japan &#8212; a musical ambassador of goodwill appointed by President Nixon.

Fifteen minutes later, his button still missing, Hamp was introduced to an audience of Japanese jazz musicians, critics and students as "Mr. Ambassador" by Charge d&#39;Affaires David L. Osborn at the U.S. Embassy.

There was nothing missing when the Hampton ensemble ripped into the opening bars of "Flying Home," his theme song. Hampton and his group continued playing for 30 minutes on a musical tour of melodies made famous by him.

Hampton was referring to King Bhumibol Adulyadej, who is also a jazz clarinetist and composer.

"We just got back from Thailand," said Hamp, "and we had one crazy jam session with him. I told him anytime he wanted to give up the king business he could join our band."

But Thailand wasn&#39;t the only place where he jammed with local names. Here he blew with another clarinetist, Eiji Kitamura, famed throughout Japan as a soloist.

Then Hampton jumped to the drums and banged his way into a solo. His button was still missing but nobody cared.