From the S&S archives: It's been a whirlwind year, but Tracy is still same uncomplicated teenager 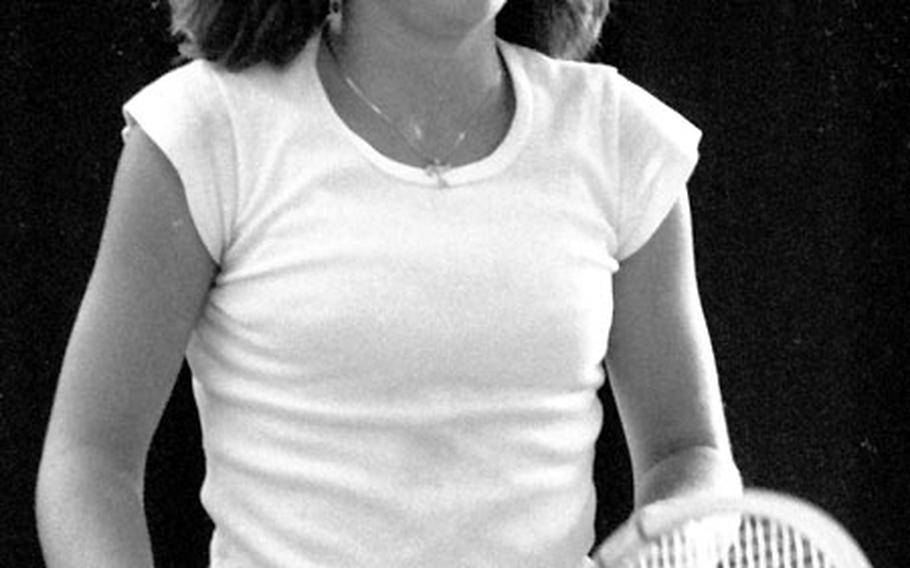 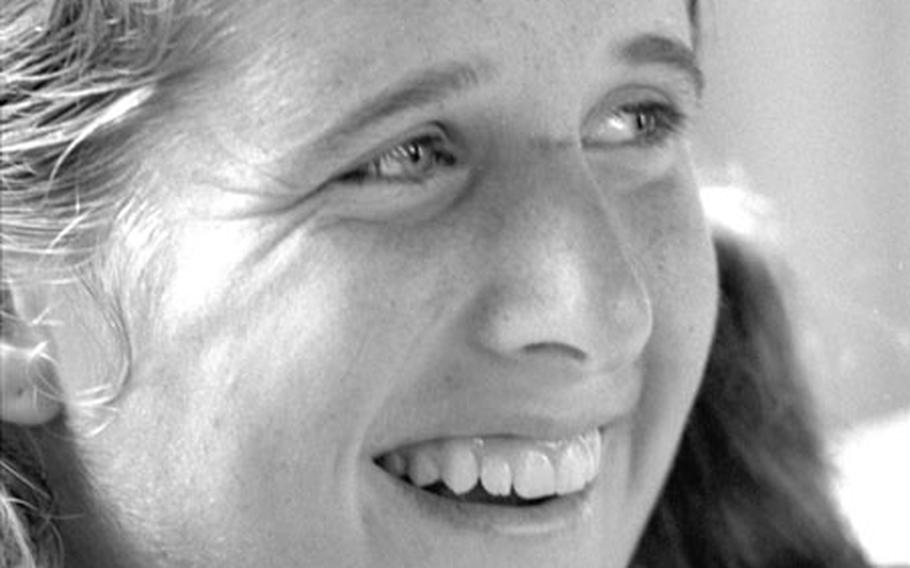 STUTTGART, Germany &#8212; Promoter John Korff casually mentioned that there was to be a press conference in 40 minutes, and Tracy Austin asked if she had to go.

"Well, you&#39;re the defending champion," replied Korff, referring to Tracy&#39;s victory here in the Porsche Grand Prix of Stuttgart &#8212; her first-ever tournament as a pro just over a year ago.

A lot of things have changed in a whirlwind past 12 months plus as far as Austin is concerned.

She&#39;s won well over $300,000 on the tour, plus the Porsche sportscar that went with the Stuttgart GP championship here last year. She has yet to drive that Porsche, by the way, because she has yet to get her driver&#39;s license.

She&#39;s won her first major tournament, the U S Open in Flushing Meadows two months ago, having played 17 tournaments in 1979. In those 17 meets she&#39;s had 87 matches, a good indication that she&#39;s getting to the finals and semifinals with regularity.

Though she&#39;s the defending champion, having been top-seeded here last year after Chris Evert was a late injury casualty, this year she&#39;s No. 3. behind Martina Navratilova and Chris Evert-Lloyd. Both are here for the 1979 tournament and both were victims of Austin en route to her U.S. Open triumph.

Still she&#39;s the same freckle-faced, pony-tailed teen-ager with a fresh, natural smile. She is such a likable youngster, its obvious for anyone to see. There seems not an iota of jealousy in any corner.

Then there&#39;s an air of nonchalance about her, she has a way of taking everything as it comes despite the rush of fortune that has wended her way.

Yet beneath the light-hearted chatter, the laughter among the youngsters at this event, its all business for Tracy when she&#39;s on the court &#8212; even for a practice session.

She seems to have an unbelievable capacity for concentration, and a driving desire to be the best, not only concerning tennis, but in everything she does.

Tracy&#39;s mother, Jeanne Austin who again has come with her daughter for the Stuttgart classic and usually handles the heavy chores involved in the tour, recalled a story that is perhaps indicative.

"Tracy is always very concerned about how she is progressing in school. After returning from playing in a tournament, she checked with one of her teachers to see how she was doing and was told everything was fine. The teacher told her that if everything went as it had been going, he saw no problem in her getting a &#39;C.&#39;

"&#39;But I don&#39;t want a C&#39;" Mrs. Austin recalls her daughter telling the instructor. "She has always been a straight-A student and will have it no other way."

And that&#39;s the way it is with tennis, too, the senior Austin declares, Tracy will not settle for anything less.

As for the concentration, Jeanne concedes that her daughter&#39;s portion of that vital commodity seems to be a key to her success.

Veteran tennis observers note that they have rarely seen anything like it &#8212; Tracy&#39;s eyes not only fix on the ball as she hits it, but remain on that spot, seemingly seconds after the ball has been hit, so great is her concentration.

"I&#39;m not sure just where how she developed the ability to concentrate so well, whether it&#39;s inherited or applied, but I have noticed it and it definitely is a vital part of her success," says Mrs. Austin.

And good as her tennis skills are, they are getting ever better.

"Tracy is maturing, she&#39;s getting stronger and probably hitting the ball harder," said Mrs. Austin, "although its hard for me to really say since I see her all the time."

"She&#39;s definitely hitting the ball harder than the last time I saw her about six months ago," chimed in another tennis mother. "I think she hits the ball harder now than Chris (Event-Lloyd)."

Tracy indeed was blistering the ball across the net, particularly with her two-fisted backhand, in one of two practice sessions Tuesday. Her serve still is not strong but improving, part of the reason she&#39;s still remaining primarily in the backcourt.

"But Tracy is coming to the net a little more all the time, she&#39;s getting more aggressive as she gets stronger," conceded her mother.

All of which is bad news to Tracy&#39;s opponents, who have had enough trouble dealing with her picture-book strokes and imperturbable nature as it is.

That was evident at Flushing Meadows where four members of the Austin family were on hand to share in the historic triumph: her father, George, her mother, of course, her brothers John, himself a tennis pro, and Jeff, who is finishing up law school at UCLA.

"Jeff kiddingly told her before she went to the Open that if she got in the finals he&#39;d come and see it. So when she actually did make it she called him," Mrs. Austin said smilingly.

"Jeff really didn&#39;t have have the time to spare, but he got on a flight Saturday night, arrived early Sunday morning, saw the match which Tracy of course won, flew out Sunday night and was back in school Monday morning. It was rough on him, but he promised and of course had to carry through. I&#39;m sure Tracy appreciated it &#8212; we&#39;re a close family and those things mean a good deal."

Tracy&#39;s dad, still an active player at their home club in Rolling Hills, takes time off for Wimbledon and the Open.

A close family, but a conservative family with old-style standards, or so it would seem.

Talking about the commercial whirl set in motion by Tracy&#39;s soaring success, Mrs. Austin recalls the start of inquiries from agents &#8212; agents of all sorts &#8212; as she and her husband realized they couldn&#39;t handle all the details by themselves and needed help.

After listening to all their pitches, they opted for ex-tennis star Don Dell, figuring he was best equipped to handle the many facets of opportunities presented by Tracy&#39;s rapid success.

"One of the things we felt was essential was that we wanted to tell our agent what we wanted and let him make the arrangements. Some agents make all the decisions and tell the athlete when and where he must be &#8212; we didn&#39;t want that."

As far as endorsements are concerned, the family, and Tracy in particular, is very selective.

That&#39;s part of a developing independence for Tracy, an independence that her mother admits sometimes becomes just plain being stubborn.

But generally she handles most situations quite well, although she is still a bit shy. She disciplines herself, keeps up with her school work on her own, going to instructors before extended leaves and getting advance assignments which she completes in her spare time and turns in when she returns, her mother notes.

"This will be her longest absence from school so far, three weeks with the Tampa tournament, the Wightman Cup and this tournament," Mrs. Austin notes. "Her instructors generally have been quite cooperative and Tracy works hard at keeping up."

How has the reaction of fellow students been towards Tracy&#39;s skyrocketing career?

"Well, most of the friends Tracy has have known her from grammar school on. They make no big thing about it. When she came back after winning the Open. there was a big banner at the school, but the next day it was down and business as usual," recalls her mother.

Do the boys line up in front of her mother to ask for dates?