From the S&S archives: Isaac Hayes: 'King of the cult of blackness' 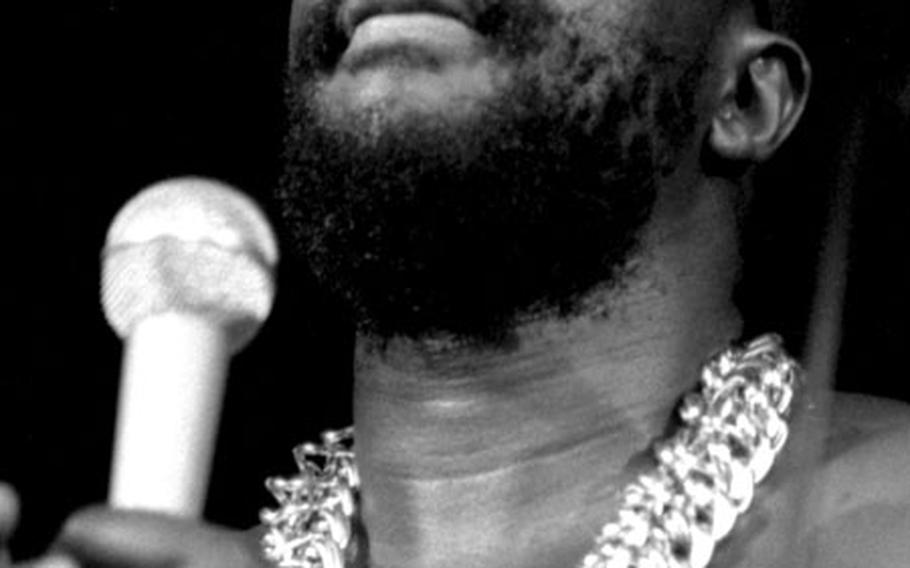 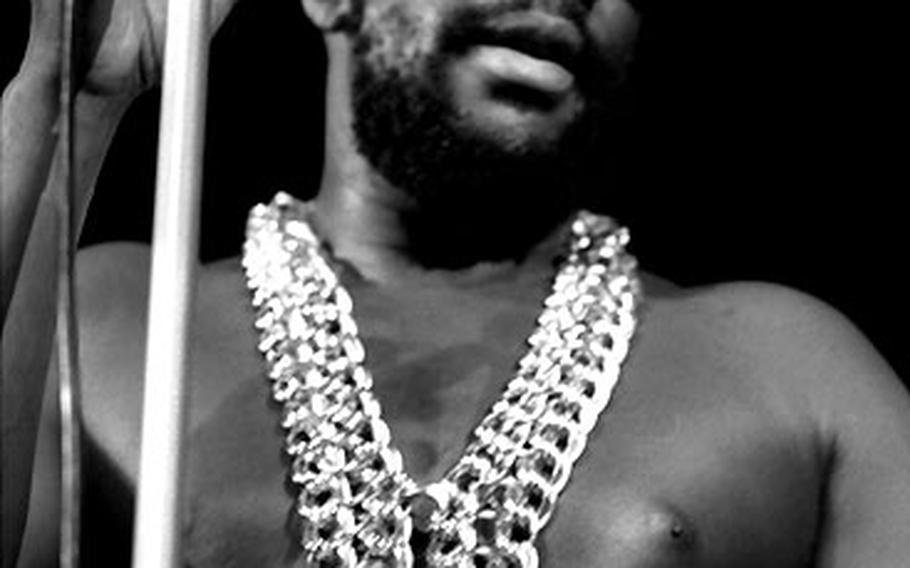 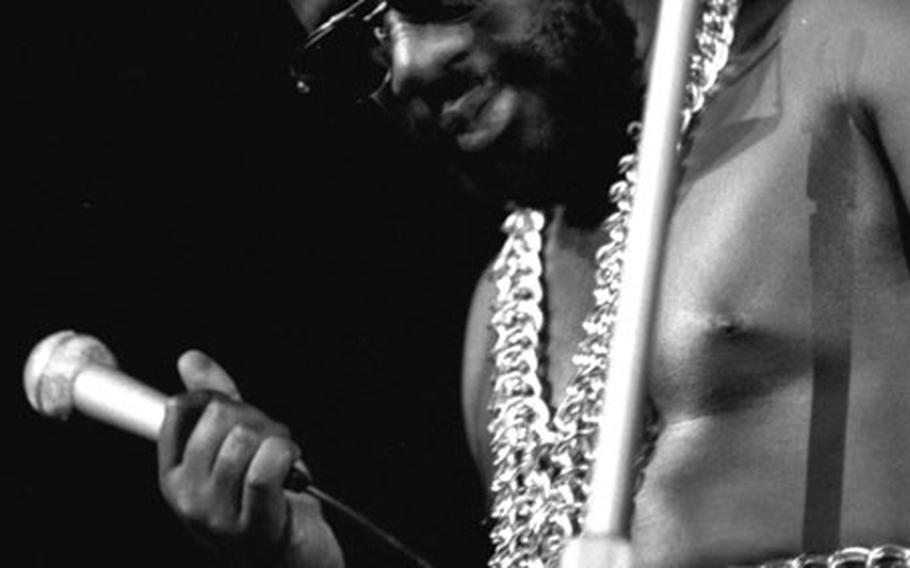 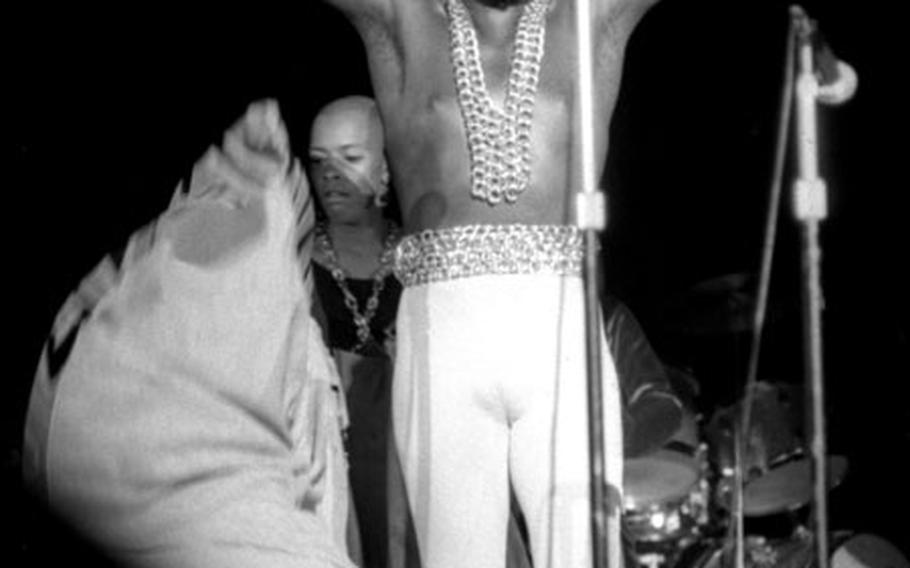 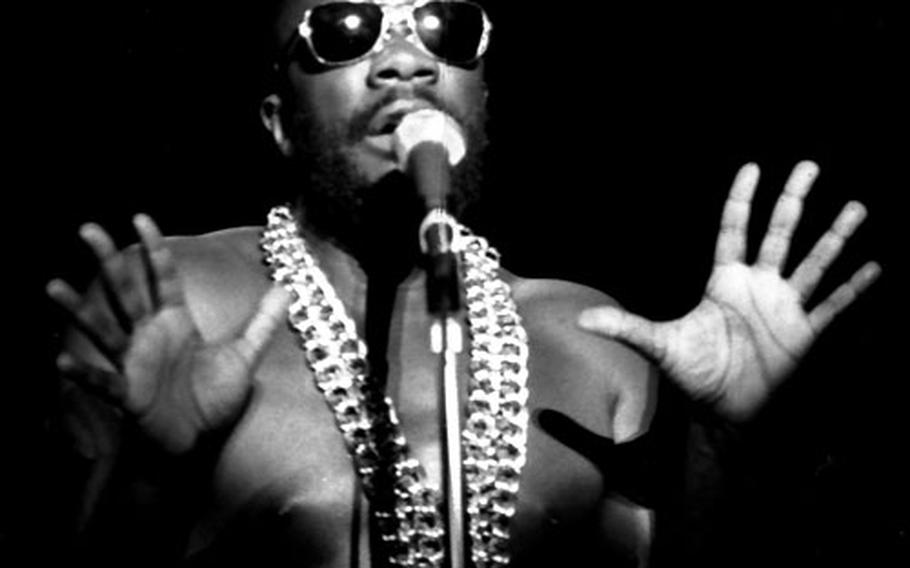 In an early Thursday telephone interview, Isaac Hayes said he was jetting to Amsterdam for a concert and then to London to end his five-city European tour.

Last year, Hayes&#39;s score for the Gordon Parks film "Shaft" won the singer-composer an Oscar. He also picked up two Grammys from the music industry for the same score.

He came on stage dressed in colorful, funky costumes consisting of robes, fur boots, shiny metal chains, tight tights and his ever-present black shades. Hayes is accompanied by a troupe of about 45, including musicians (The Movement), sexy dancing girls, singers (Hot, Buttered and Soul) and burly bodyguards.

Bare-chested, he performs many of the famed numbers from his six best-selling record albums in a husky baritone voice. Hayes&#39;s first million-seller was "Hot, Buttered Soul," which later sold more than two million copies.

He has had a total of four platinum records signifying sales of more than 12 million each. Hayes is known as the "King of the cult of blackness" and one of his albums is titled "Black Moses."

One of his most notable contributions to the pop music scene has been the introduction of lengthy "rap" into his songs. Hayes has an 18-minute version of Glen Campbell&#39;s hit "By the Time I Get to Phoenix."

"I had to bring that song down to soulsville, man, to present it so that the black people could relate to it," said Hayes, adding, "I guess the fans like my rapping, and it seems to be an effective way to communicate."

The bearded, shaven-headed superstar grew up in poverty near Memphis. He now surrounds himself with furs, jewels, beautiful women, three Cadillacs (one with gold fenders) and a Jaguar. Hayes wears imported perfumes, oils and lotions and has a mania for cleanliness.

"I dig luxury, baby, because I never knew it before," he said.

He is pleased that the Vietnamese war appears to be at an end, but says, "I don&#39;t want to be bothered with politics."

The divorced father of three, Vincent, 6, Melanie Mia, 4, and Africa, 2, feels "marriage is good for those who can get with it."