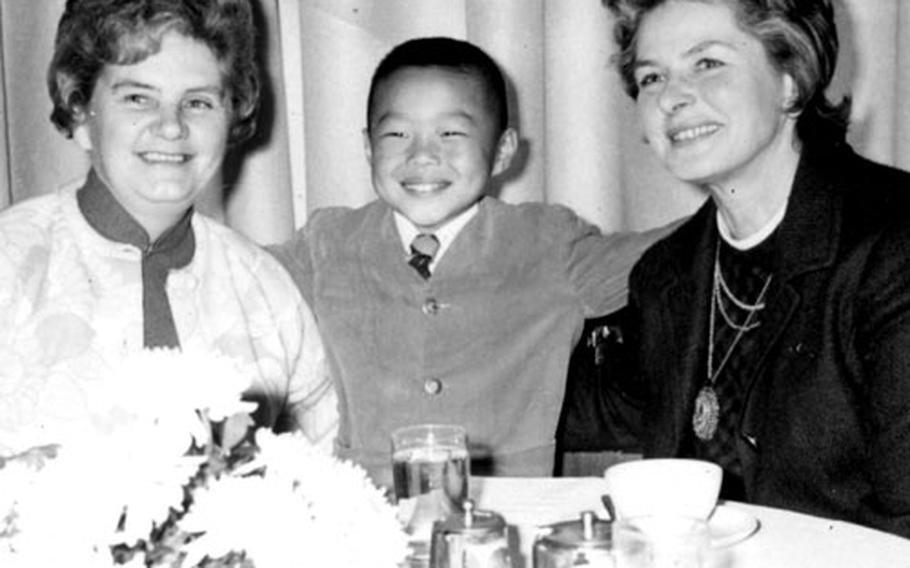 The actress, on a tour of the Far East, including Japan, Taiwan and Thailand, said she had always greatly admired the dynamic English evangelist whose life she portrayed in one of her most popular movies, "Inn of the Sixth Happiness."

But they never met. Miss Aylward, 68, died in Taipei earlier this month before Miss Bergman arrived:

The Academy Award-winning star also visited Hq. Support Activity Chapel in Taipei to listen to a tape recording of a talk Miss Aylward made at the chapel in December on her experiences in China.

Many of the incidents described in the address were depicted in the movie, but Miss Aylward never approved of the movie version of her life.

The actress described the Gladys Aylward address as "spellbinding" in dramatic effect. She recalled preparing for her movie role by reading Allan Burgess&#39; book, "The Small Woman," on which the movie was based, and by talking to the film director, who had met Miss Aylward.

Originally the picture was to have been made in Taiwan but the plan was abandoned after local officials objected to some of the projected scenes including foot-binding. The movie has never been shown in Taiwan or Hong Kong.

"But we did nothing that was vulgar or not in good taste," Miss Bergman said. "The picture was an homage to her."

Miss Bergman said that during her visit to the Aylward Children&#39;s Home, Kathleen Langton-Smith, superintendent of the home, brought out a scrapbook kept by Miss Aylward which had just come to light. The scrapbook was filled with clippings about the movie and contained a photograph of Miss Bergman.

"It made me very happy to find this out because if she had really hated everything about the movie she wouldn&#39;t have kept that," Miss Bergman said. "So I think in her heart she was really pleased."