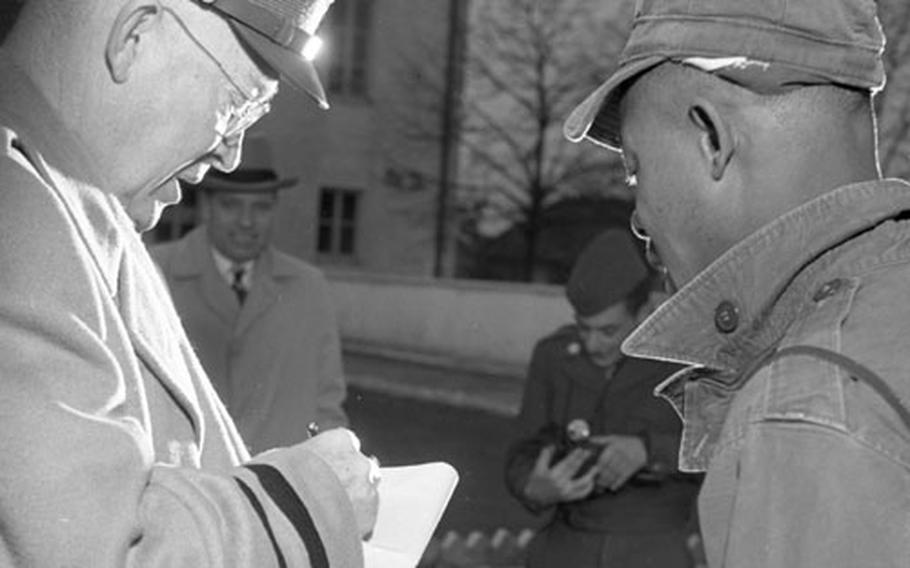 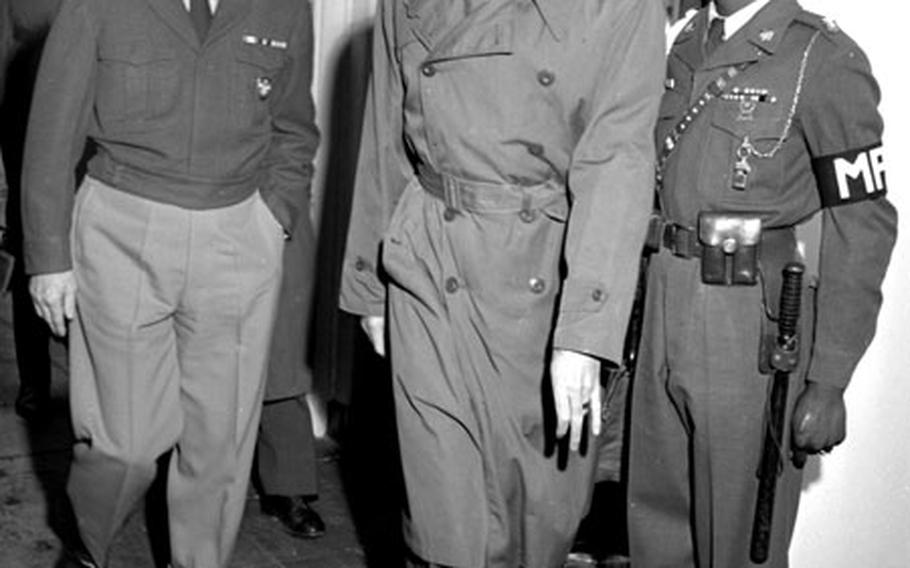 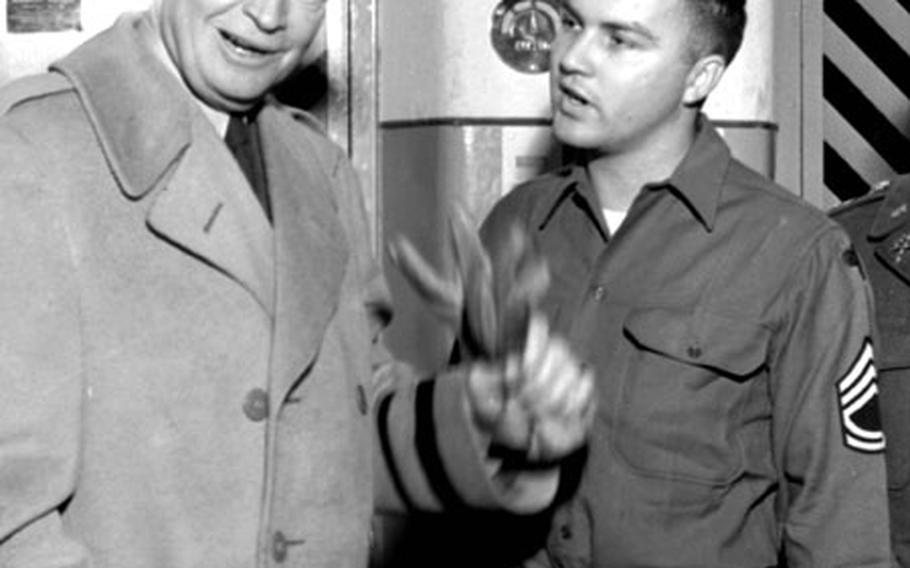 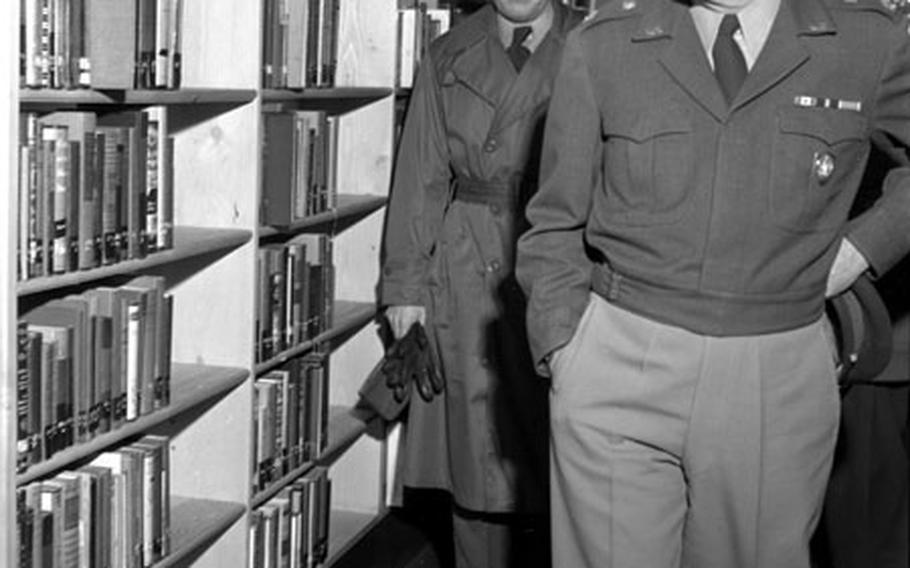 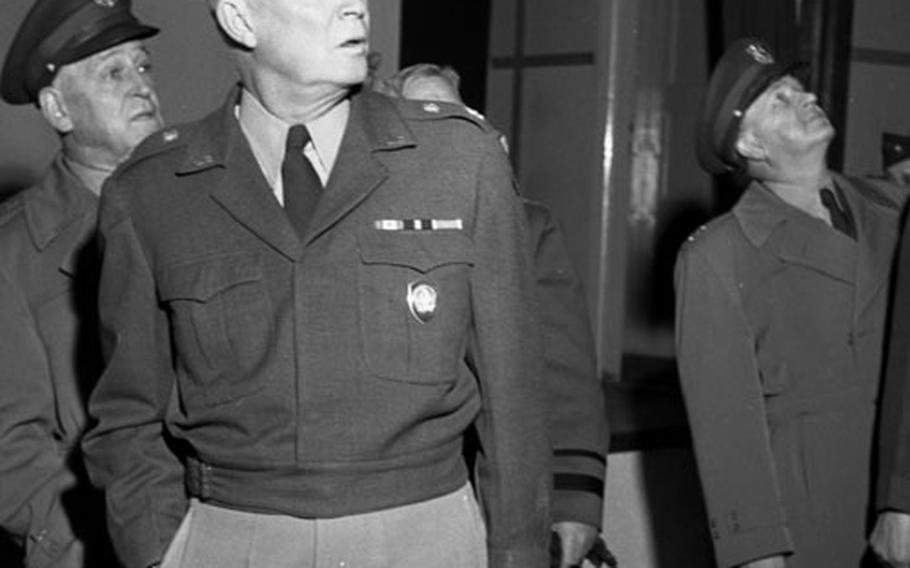 The SHAPE commander seemed primarily interested in the division&#39;s Thanksgiving dinner. He tasted the roast turkey. prepared for the A-1 consolidated mess of the 122d Inf Regt, where he was conducted on an inspection by Sfc Paul Terrenzini, mess sergeant.

"Is there plenty of turkey? Is it good stuff? Have you fixed it with plenty of dressing and gravy? That&#39;s what I like; the heck with the rest of it."

Eisenhower&#39;s visit started at Munich Military Post Hq, where an enlisted man reassured him that the 8th Army was doing OK in Korea. The five-star general asked 1st Sgt Murray E. Morris, Co A, 508th MP Bn, where he had served during the war. "The 97th FA in the Pacific, sir," Morris said.

"How do you think the 8th Army is doing?" Eisenhower asked.

Col Walter R. Lawson, 172d Regt CO, guided Eisenhower through Warner Kaserne. At the SHAPE commander&#39;s request, there were no formations. Members of designated units awaited Eisenhower in their barracks, while hundreds of other soldiers stood by with cameras to get snaps of the five-star general, who went through the Service Club, the PX, the snack bar and the movie theater. Handy explained features of the PX system to the SHAPE commander. Before leaving the movie, Eisenhower tried out the seats for comfort.

At Neubiberg Air Base, from where Eisenhower left for Paris, he said Cramer "is an old friend of mine. You will recall when I was Army Chief of Staff he was chief of the National Guard Bureau."

Eisenhower said soldiers in the 43d Div looked "remarkably well, considering the short time they have been here."