From the S&S archives: Humphrey cuts a wide swath during visit to DMZ 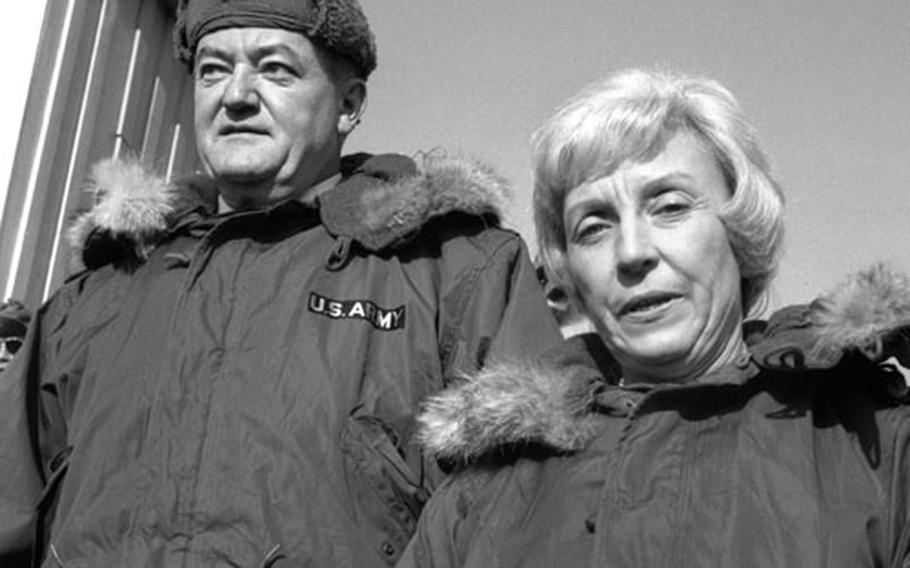 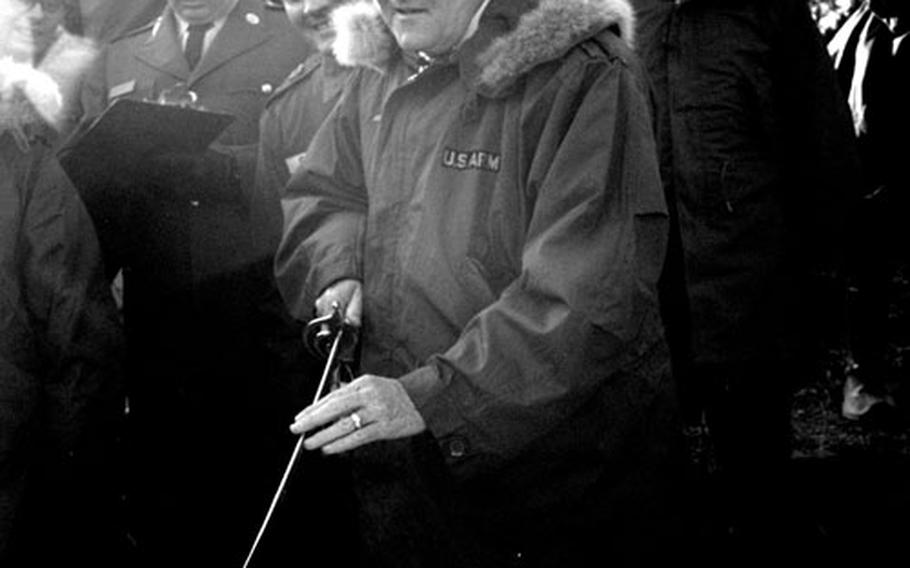 Buy Photo
Vice President Humphrey slices into a New Year&#39;s cake presented to him by troops serving at the DMZ. (Jim Konschuh / ©Stars and Stripes) 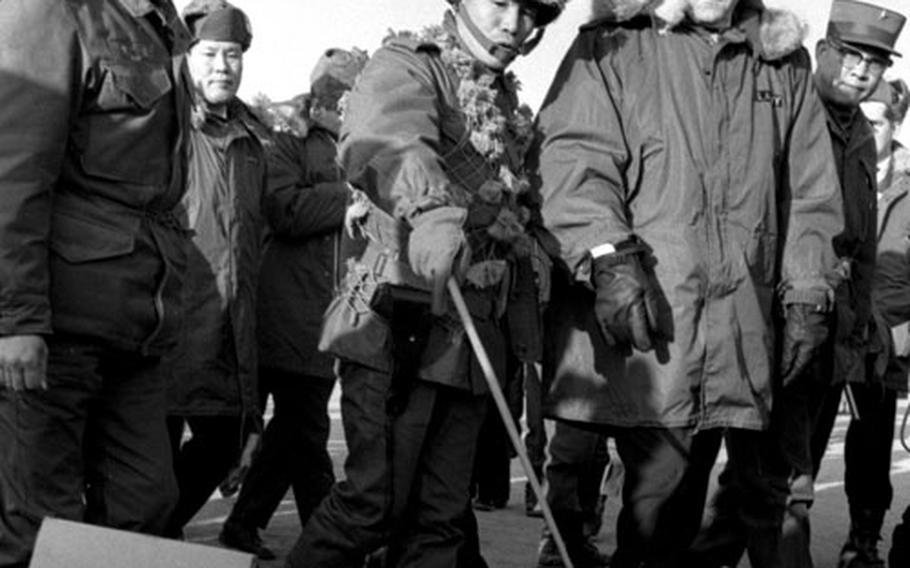 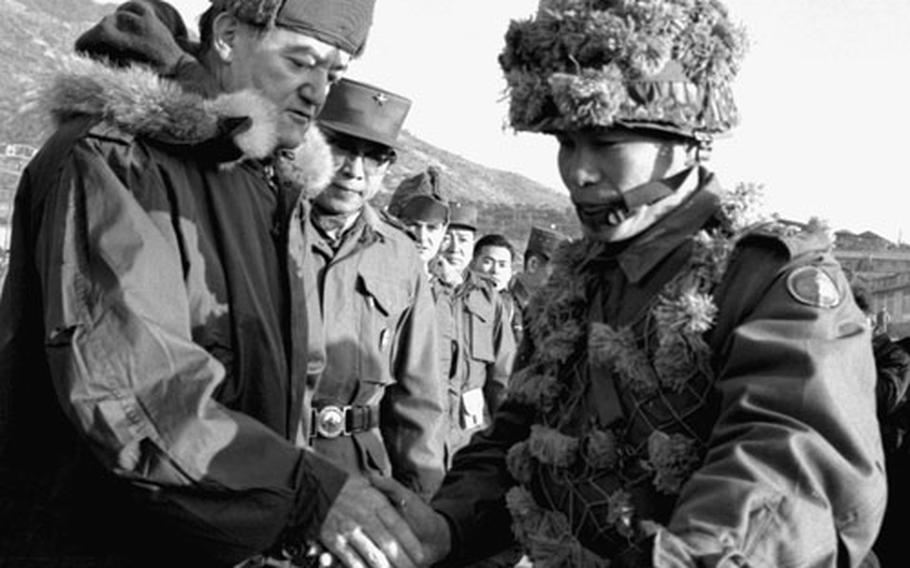 ALONG THE DMZ, Korea &#8212; Vice President Hubert H. Humphrey was elated when someone suggested his wife serve him a slice of New Year&#39;s cake while touring C Troop, 7th Cav.

He wielded the traditional Army saber, cut a wide swath across his name on the huge cake and remarked, "Well I just trimmed ole H.H. down a little bit."

He was about to offer Mrs. Humphrey a slice when a soldier said, "Sir, wouldn&#39;t it be more appropriate for your wife to serve you?

"Boy, I was waiting for someone to suggest that," Humphrey replied. "You&#39;re really going to go places, son!"

With that his wife presented him a large slice. "Now you know I can&#39;t eat that much. I&#39;ve got to stay in shape, or the President will want to put me to work when we get home."

Mrs. Humphrey served the cake to the remaining visitors and guests while her husband chatted with soldiers.

He arrived at C Troop to view men and equipment following a visit to outpost Mazie, near the DMZ.

Decked out in cold weather gear, including a pile cap, fur-lined parka, and rubber boots,. he presented the image of "just another soldier". as he was shown the weapons and equipment used by the cavalry.

He also got a firsthand look at an enlisted men&#39;s barracks.

Asked to pose for a photograph before departing for Seoul, he held his piece of cake high and remarked, "How&#39;s this for a hardship pose?"

But before it was over, he had toured the presidential jet, Air Force II, and had met Vice President Hubert H. Humphrey.

Drummond&#39;s brother, Air Force Maj. Speight P. Drummond, regularly pilots the vice presidential C-140 Jetstar, but when officials decided that Humphrey would tour the Par East in one of the presidential jets, Drummond, who stayed in the U.S., asked Air Force TSgt. Raymond D, Young to look up his brother in Korea.

When Young arrived in the Republic of Korea Saturday with Humphrey, he phoned PFC Drummond and told him to drop by Kimpo Airport for a tour of the plane.

Young took Drummond and two friends on the tour, then slipped them into the dignitary line to meet Humphrey.

One of Koreans&#39; favorite winter dishes, kimchi is a sort of marinated cabbage seasoned with garlic.

The news of Humphrey&#39;s eating kimchi came during a conversation between Humphrey and Republic of Korea Prime Minister Il Kwon Chung, who was accompanying the vice president on a brief tour of the 26th ROK Inf. Div. 30 miles north of Seoul Sunday afternoon.

"Do you know why the Korean soldiers are so strong?" Chung asked Humphrey,. who was watching a hand-to-hand demonstration by a group of 15 taekwondo (Korean karate) experts.

"It is because they always eat kimchi, which you ate for lunch today," Chung said,