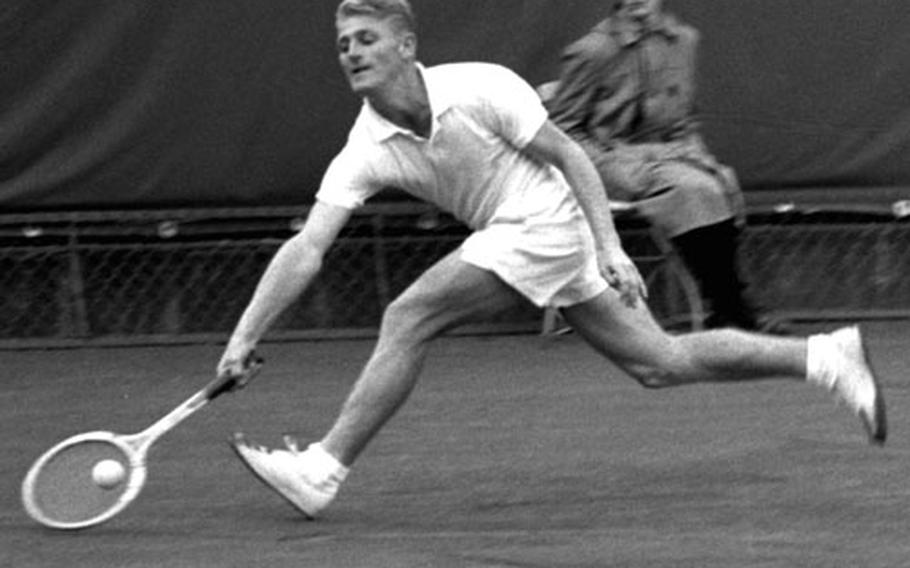 Lew Hoad lunges for the ball during his singles championship match against Art Larsen at Wiesbaden in May, 1956. (Red Grandy / ©S&S)

Lew Hoad lunges for the ball during his singles championship match against Art Larsen at Wiesbaden in May, 1956. (Red Grandy / ©S&S) 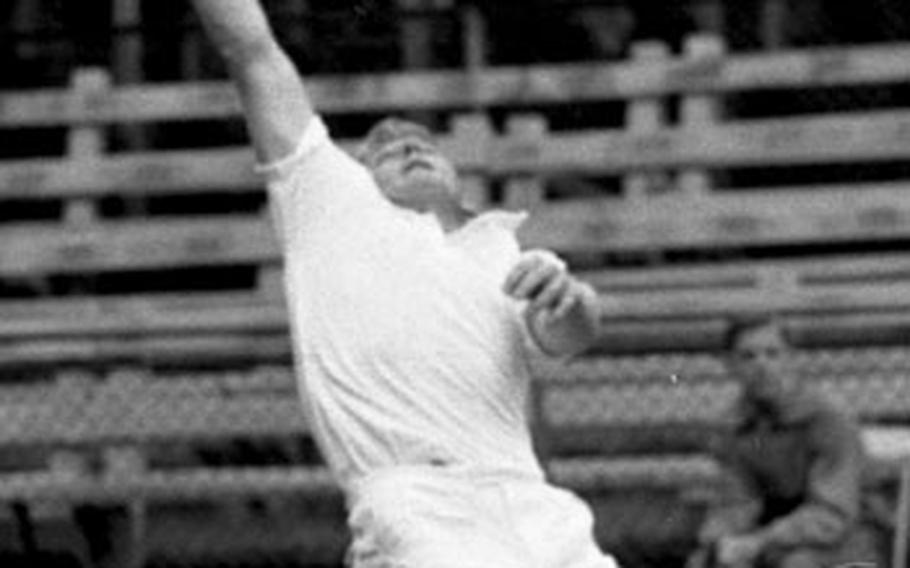 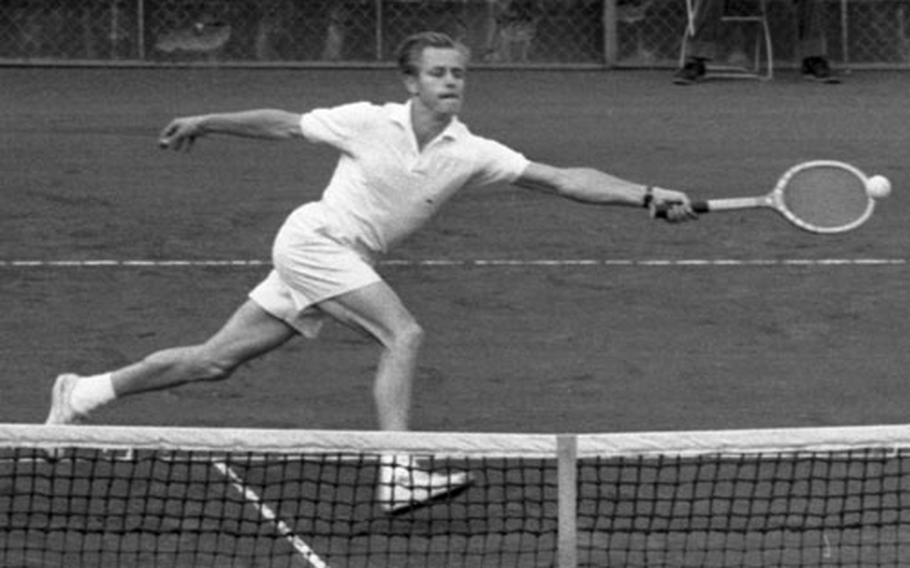 WIESBADEN, Germany, May 14 &#8212; Lew Hoad, the powerful Australian who is regarded as a prime favorite to win at Wimbledon this year, knocked over American Art Larsen to sew up the singles championship in the International Golden Ball tennis tournament here yesterday, 10-8, 6-3, 6-2.

Larsen was unable to compete with the speed and accuracy of his opponent who repeatedly fired deadly accurate shots along the base line.

Visibly tired after the gruelling match. Larsen told reporters that Hoad "has too many guns. He&#39;s too powerful. You&#39;ve got to play twice as good as he does, if you hope to beat him."

Earlier in the day, Hoad wrapped up a semifinals match with Californian Hugh Stewart. The contest was halted Saturday by a heavy downpour just before dusk. Stewart, who was the only player to have won a set from the first-seeded Hoad during the tournament, was finally dispensed with as the Australian took the match. 6-3, 6-4, 8-10, 6-1.

After the match Stewart admitted, "Hoad was just too fast for me." The Wimbledon favorite said about Stewart, "he never let up, he was in there trying all the time."

His toughest match of the tournament, however, Hoad said, was against Larsen whom he described as "a good, steady player." It took him nearly two hours to eliminate the fifth-seeded San Leandro, Calif., player.

Hoad said he will next compete in the French National championships which begin tomorrow.