From the S&S archives: Hitchcock filming scene at Wiesbaden 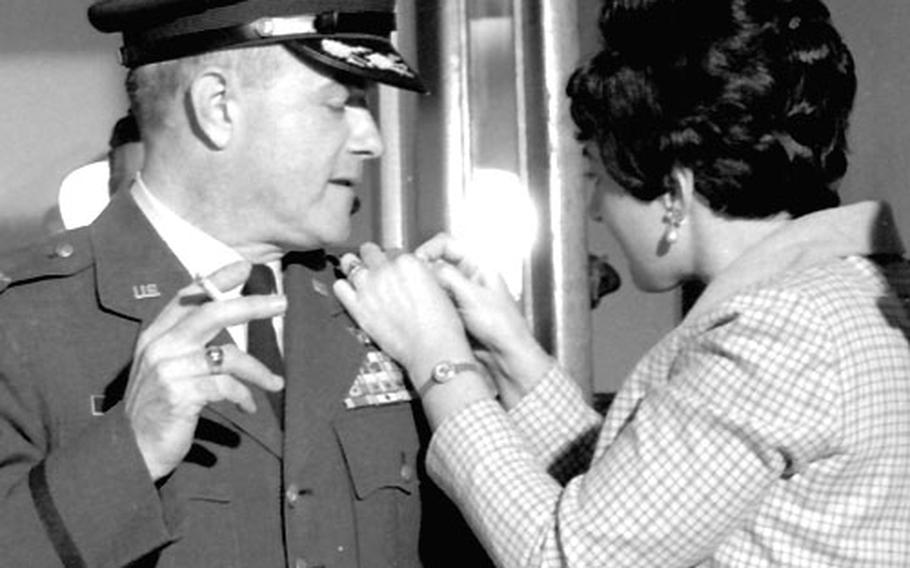 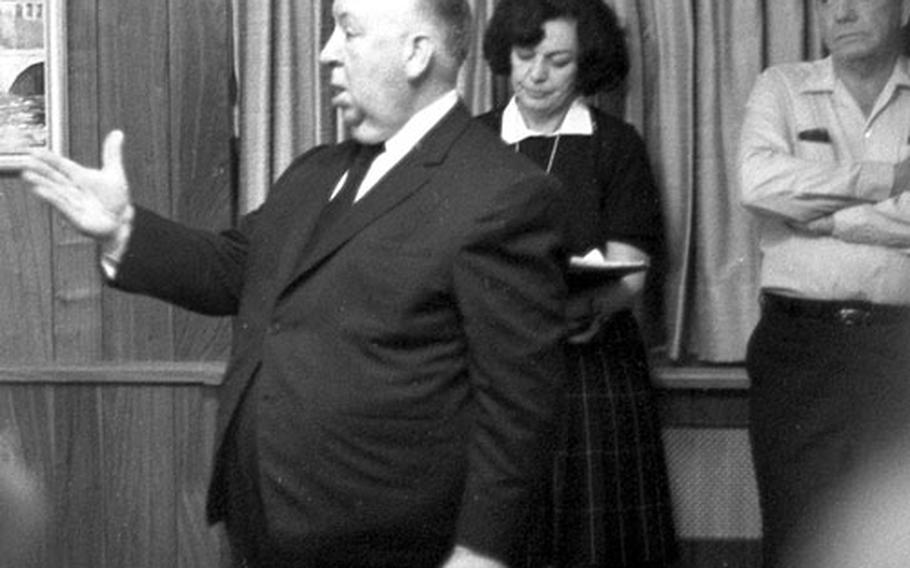 Buy Photo
John Forsythe, left, at Wiesbaden, where he was filming a scene for "Topaz." (Gus Schuettler / ©Stars and Stripes) WIESBADEN AB, Germany &#8212; A Russian intelligence agent, defecting to the West, landed here Saturday on his way to Washington and got a helping hand at this air base &#8212; but it was all make-believe.

The fleeing spy was accompanied by his wife, daughter, CIA agent John Forsythe and the master of chills and suspense, Alfred Hitchcock.

Hitchcock brought his film company here to shoot a scene for his 51st picture, "Topaz." The $6-million movie is based on the best seller by Leon Uris, who also wrote the screenplay.

The story is described by Hitchcock as "the spy thriller of the century." The book is based on "revelations" of Philippe Thyraud de Vosjoli, a former chief of French intelligence in the U.S.

De Vosjoli&#39;s story, covered extensively in the press earlier this year, concerns a Soviet defector who allegedly said, among other things, that Russia had succeeded in planting an agent in the highest councils of French President Charles de Gaulle&#39;s government.

Filming of "Topaz" began in Copenhagen in early September. The scene filmed here involves the landing of a commercial plane at the air base, where the defector, his family and Forsythe, the film&#39;s star, change to an Air Force plane to fly to Andrews Air Force base outside Washington.

Six members of the Wiesbaden Little Theater worked with the company as stand-ins and two of them, Lt. Col. Paul D. Orwoll, director of personnel of the 7101st Air Base Wing, and Joan Medeiros, will appear in the picture.

The stand-ins substituted for the regular actors while the camera crew arranged the lighting and placement of cameras. Orwoll, who put on full colonel birds for the part (Forsythe told him he could be demoted just as fast), was in a crowd scene. Mrs. Medeiros had a small speaking part as the group relaxed in the VIP lounge for a short scene.

The film shot here will amount to less than five minutes of the movie, a spokesman said.

The company left here Sunday for Paris. A spokesman said that Hitchcock did not know if there would be any problems in getting permission to film there.

Hitchcock compares "Topaz" with two of his earlier pictures, "North by Northwest" and "Notorious." He says it combines their best qualities.

The producer-director who has made it a trademark to appear in all his films has not decided exactly where he will be in this one, "but since it is a spy picture, I think I should disguise myself as a thin man."

This is Hitchcock&#39;s first picture in more than two years. His last one was "Torn Curtain," another spy movie. It starred Paul Newman and Julie Andrews.

Forsythe is making his second Hitchcock picture. The first was "The Trouble with Harry." His latest picture was "In Cold Blood."