From the S&S archives: He's still 'Stevie Wonder' in Japan 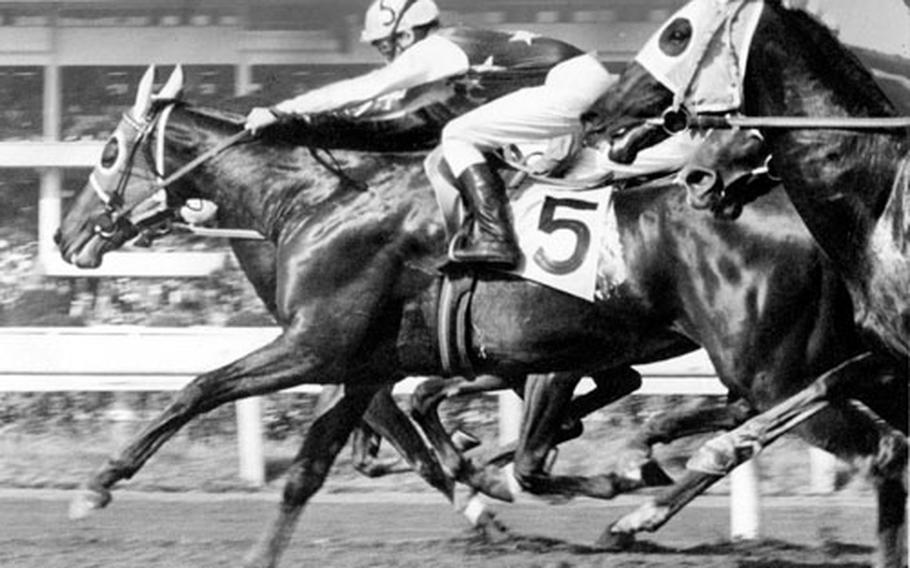 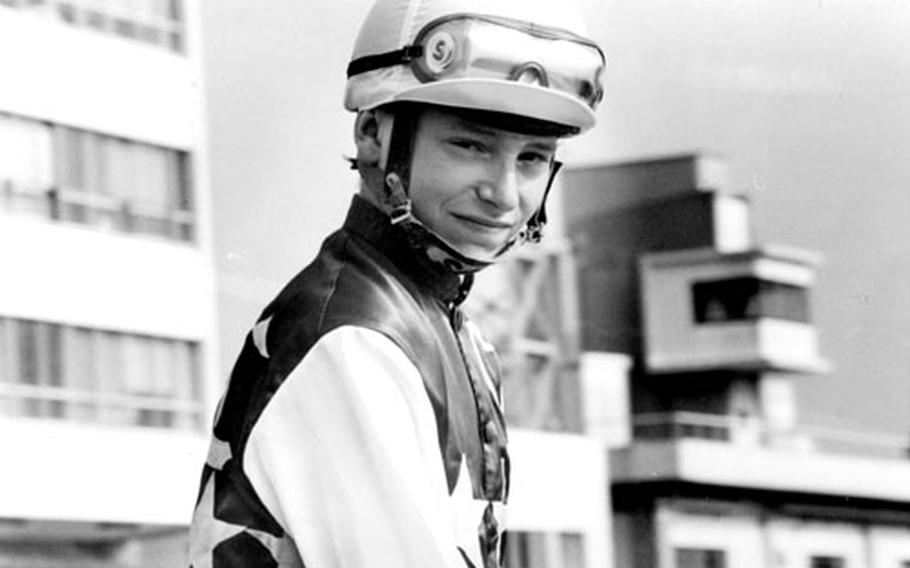 TOKYO &#8212; It is Steve Cauthen&#39;s last mount of the day. His three previous efforts had the mark of an apprentice about them. But his horse in the 10th race is a good one, a 4-year-old stallion named Silver Clover. At 3-1 they are the favorite.

Morning rains had soaked the strip. By 10 a.m. the sun was shining brilliantly. Now, the sandy topsoil has the consistency of paste. Cauthen and Silver Clover draw a good post, the sixth. The best part of the strip, the middle, lies before then.

The horses, 13 in all, break from the gate and, almost immediately, funnel into the middle as they try to avoid the twin disasters of the rail and the outside track. They drive past the grandstand, with Cauthen and Silver Clover in the thick of the pack. If aerodynamics has anything, to do with racing, Cauthen must be its foremost exponent. His body is a bridge table about to be folded. His back invites a setting for two, and a floral centerpiece.

As the field moves into the first turn, Cauthen keeps his head squarely behind Silver Clover&#39;s. Cauthen is like his silks: He offers no resistance to the wind.

In 1977 Steve Cauthen was Stevie Wonder. He won 487 races and prize money totaling $6,151, 750, a record.: He was voted the No. I jockey in the United States. In 1978 the 18-year-old Cauthen became the youngest jockey ever to win the Triple Crown, riding Affirmed to victory in the Kentucky Derby, Preakness and Belmont. Time and Newsweek made him their coverboy. His "as told to" autobiography, "The Kid," was a hot item.

Then it happened. The slump. The Kid, like his book, went into the remainder bin. Affirmed&#39;s trainer, Laz Barrera, was forced to go with another jockey. Cauthen broke with his agent, Lenny Goodman. The winds had-changed, and Cauthen was blown to England.

"One nice thing about being a a jockey is that you aren&#39;t tied to one place," he says, "I can go to England, I can come here to Japan."

Which, however, does not explain why he left the States. His answer &#8212; all his answers &#8212; usually take the course of least resistance.

Cauthen was "very pleased" when he heard that Affirmed beat Spectacular Bid. And yes, "Laz and I are still friends. I&#39;m sure if I go back to America, he&#39;ll put .me on one of his horses."

When, Steve, do you plan to return to America and race?

"I&#39;m definitely going to race in England next year," he says. Then he adds: "I&#39;m not so narrow-minded as to think that there is racing only in America. The world doesn&#39;t just revolve around America. -Otherwise you wouldn&#39;t be here."

..Appropriately; then, Cauthen&#39;s first mount last Sunday in his debut was a horse name Minenotakeru, or Warrior On A Mountaintop.

In the fifth, however, Minenotakeru&#39;s reputed speed isn&#39;t in evidence. Cauthen, in fact, beats his horse out of the gate. "If I was nervous about riding my first horse in Japan, it was only for a stride," Cauthen said. "The next thing I knew, I was in the mud."

Trainers, jockeys, and Segawa are in agreement. The horse stumbled; it wasn&#39;t Cauthen&#39;s fault.

In the-seventh and eighth races, aboard seventh-place losers Pure Storm and Black Lancer, Cauthen isn&#39;t faulted, either. "The horse is 80 percent, the jockey only 20," Segawa explains with a sigh. In the stands, a fan watching Black Lancer&#39;s limp charge was heard to say: "Hey, have pity on him. Let Cauthen win."

Jockey Motohiro Akamine, his face mottled by mud, sympathizes with The Kid. "The strip -is sticky," he says. "It is worse than when it rains.

"He is a good jockey. His form and technique are very good. He doesn&#39;t fight the horse. He has good harmony."

Laz Barrera called it "oneness," and thought Cauthen&#39;s gifts were from another world. "One night when all the racing world was sleeping,". he told Time, "a small flying saucer landed and he got off. He came to the United States with the coolness of Georgie Wolff, the old iceman. And the talent of the master, Eddie Arcaro. And there was some Shoemaker, too."

But as Segawa says, the horse is 80 percent. Horse owner Kunihiro Togasa doesn&#39;t worry about the 80; he worries about the 20.

"Five or six times when my horse finished second," Togasa says, "I thought he should have won. I have always believed that the jockey will make the difference."

So, he hires "the leading jockey In America" to ride his horse Silver Clover in the 10th race.

Cauthen and Silver Clover head into the first turn well off the leaders, but, as instructed by the trainer, they stay within striking distance. Stay there, ride easy, then make your move on the backstretch. At the three-quarters mark go for the lead. You should have it when you hit the homestretch.

Cauthen gets it, keeps it, and wins.

In the winner&#39;s circle he accepts, with a slight bow, the gushing congratulations of Togasa and his family. For the photographers he smiles, his 10-year-old boy smile, and then is led into the paddock area where trainers, jockeys, and racetrack workers, who watched the race from their own viewing stand, are on their feet and clapping.

. It is late afternoon. The sun, once so glaring, is masked by low clouds. The air is cool, the wind is calm. The world, which can be so balky, resistant, and humiliating, once again &#8212; through victory &#8212; is tamed, chastened, purified.

Before Cauthen disappears into a crowd of Japanese well-wishers, he is blindsided by a question in English.

The Kid turns, focuses on the questioner, and says, "Both." He is almost smiling.