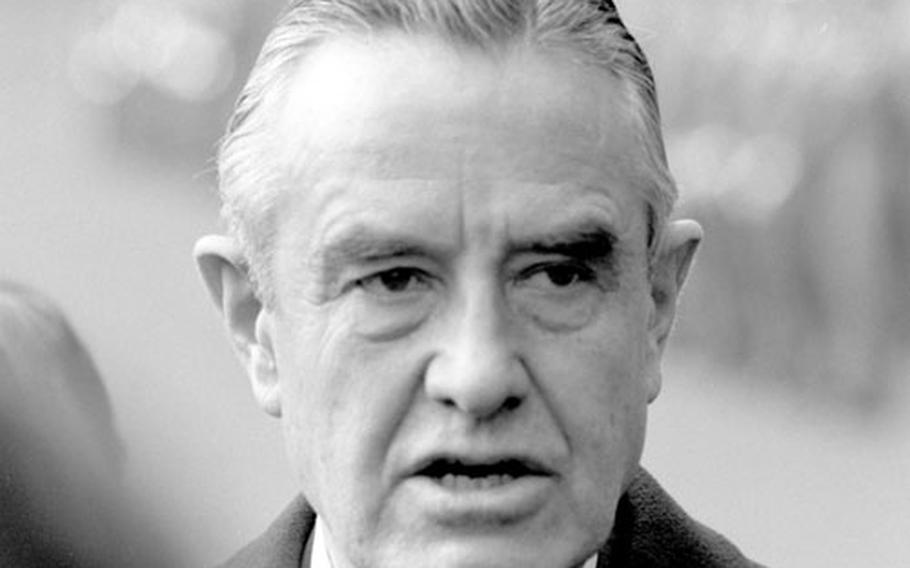 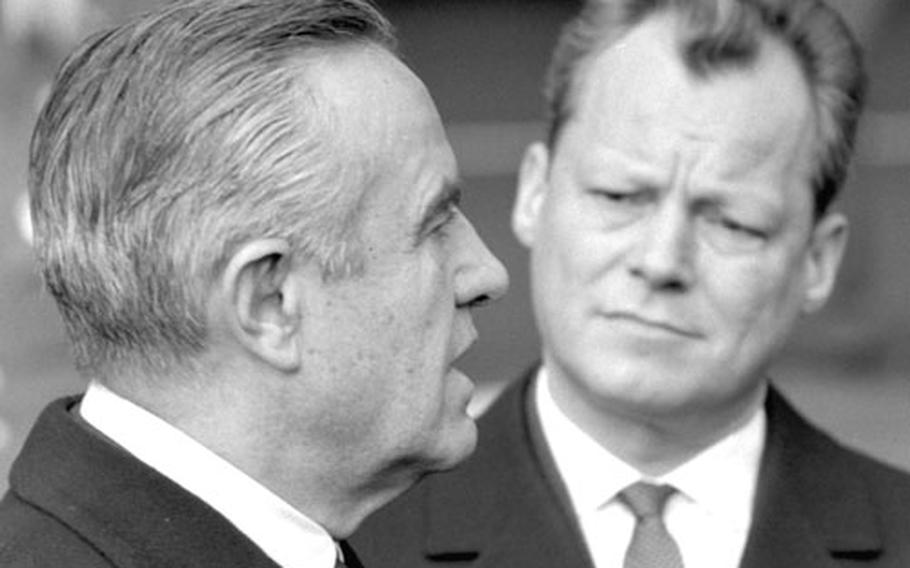 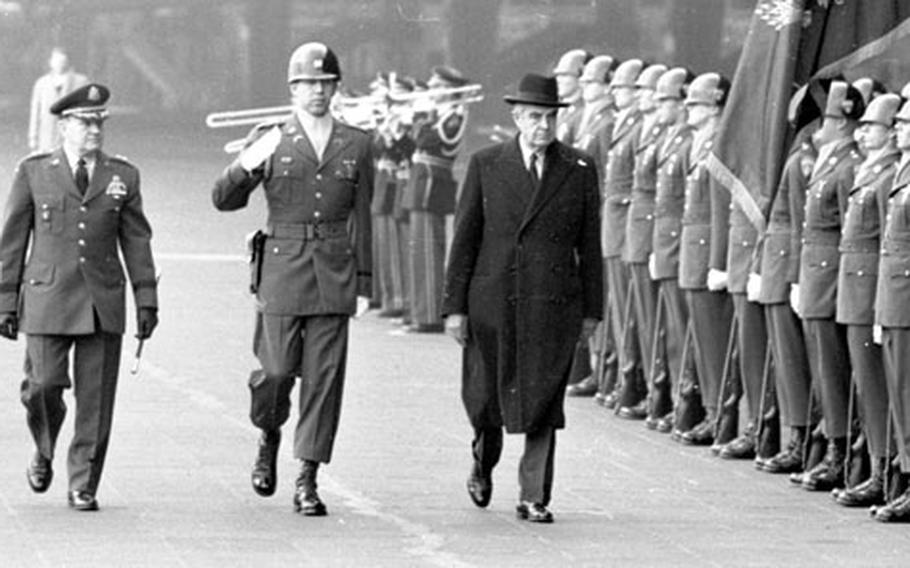 Brandt is leaving soon to meet with President Kennedy in Washington to discuss the Berlin situation and other West German affairs.

"I told the mayor he has a reputation for being a vigorous public official, and he will find a vigorous President in Washington," Harriman said.

He spent five hurried hours and managed to:

&#8212; Inspect the 75-man Berlin honor guard at Tempelhof Air Base amid a booming 18-gun salute from tanks parked in front of the hangar.

&#8212; Lunch with German officials including Brandt.

&#8212; Take a helicopter ride over part of the Western sector of the city.

&#8212; Receive a briefing on military and political affairs.

&#8212; Hold a press conference for some 50 correspondents and photographers.

Making his first trip to Berlin in 10 years, Harriman said his visit is "not official &#8212; I have no business to conduct."

But Harriman arrived here fresh from Bonn. where he conferred with another "old friend," Chancellor Konrad Adenauer, whom Brandt is challenging in the West German national elections in the fall.

(Harriman flew to Rome Wednesday night for talks with an Italian government that appears nervous about how much help he might ask for the hard-pressed dollar, the Associated Press said.)