From the S&S archives: Hall & Oates: a dynamic, entertaining duo 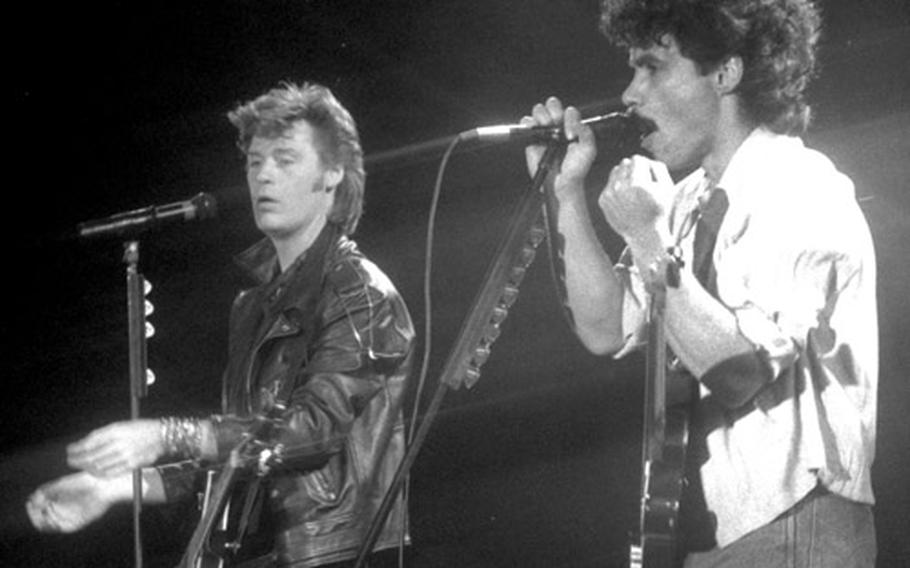 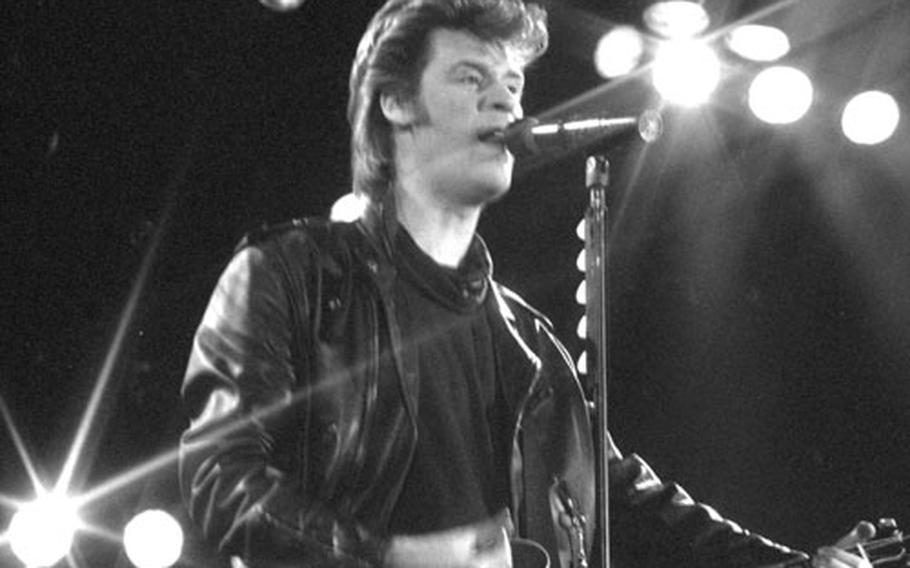 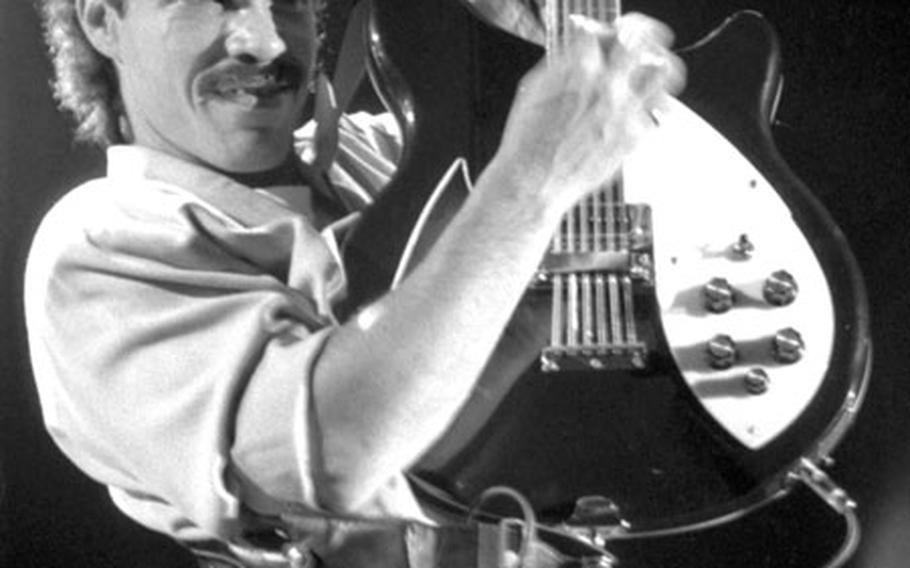 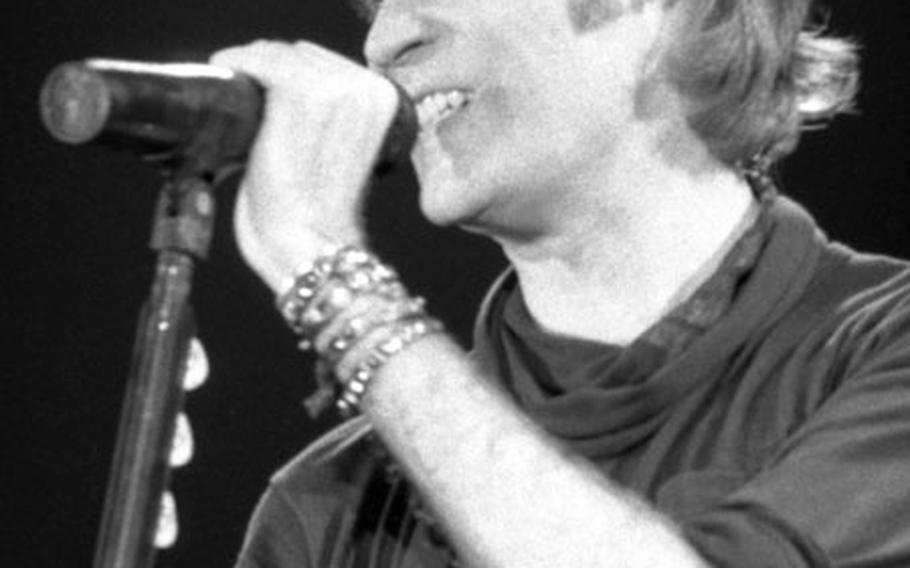 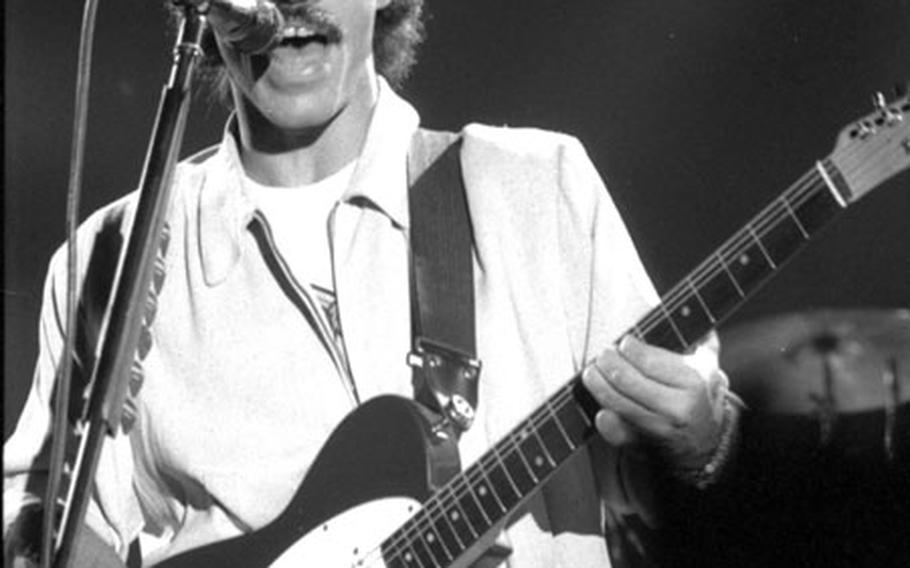 Daryl Hall and John Oates perform in Germany in 1984. (©Stars and Stripes)

AS THE LIGHTS dimmed, cheers filled the Festhalle, Frankfurt&#39;s largest auditorium. And the cheers got louder as some 6,500 to 7,000 fans waited anxiously for Hall & Oates Friday night.

Fans rushed the stage. Without the usual three-foot barriers between the stage and the audience, they pushed forward. Some couldn&#39;t take being so close to Daryl Hall and John Oates and tried to get closer by climbing onto the stage.

Road crews whisked the first two overeager fans off faster than one could blink. Six more were to try their luck, to no avail, and one teenager was overcome by the heat. She was pulled up onto the stage and then carried off.

The muscular, dark-haired Oates danced throughout the concert, skipping from one side to the other. He and Hall use power packs with their cordless guitars. Oates had rhythm even when singing.

Both compose and sing, but the tall, thin, blonde Hall does most of the vocals.

He also switches between instruments including an acoustic guitar, an ovation guitar and the piano.

Hall and Oates have been together for a dozen years, but fame hasn&#39;t always been theirs.

Sara Smile and Rich Girl, hits from &#39;75 and &#39;76 respectively, were oldies the crowd enjoyed. These songs were the beginnings of stardom for Hall & Oates, but then they tried a sound change that nearly did them in.

By the end of the &#39;70s, they realized it wasn&#39;t wise to mess around with a winning sound. They went back to their original sounds.

As Hall & Oates hit the first notes from Maneater, the crowd went wild with recognition. The audience was singing along, and by this time, almost all were standing on their chairs.

Private Eyes, from the LP of the same name released in &#39;81, brought the concert to a close but not without protests from the fans.

Pandemonium broke out as the near capacity crowd demanded Hall & Oates&#39; return.

They came back with Imagination, but that wasn&#39;t the number everybody seemed to be waiting for. After the second demanding request for the duo&#39;s presence, they ended the evening with Adult Education which is No. 13 on Billboard&#39;s Hot 100.