From the S&S archives: GIs go back for a buddy 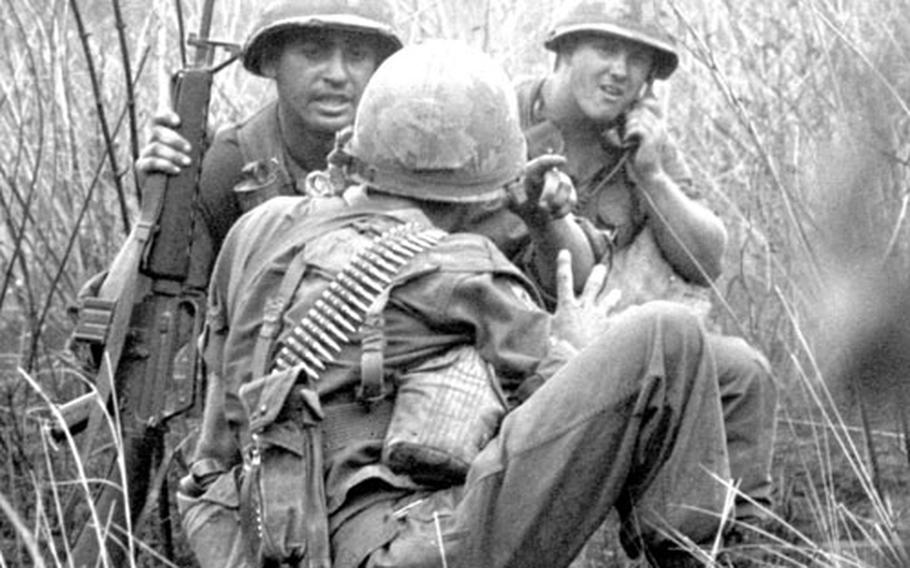 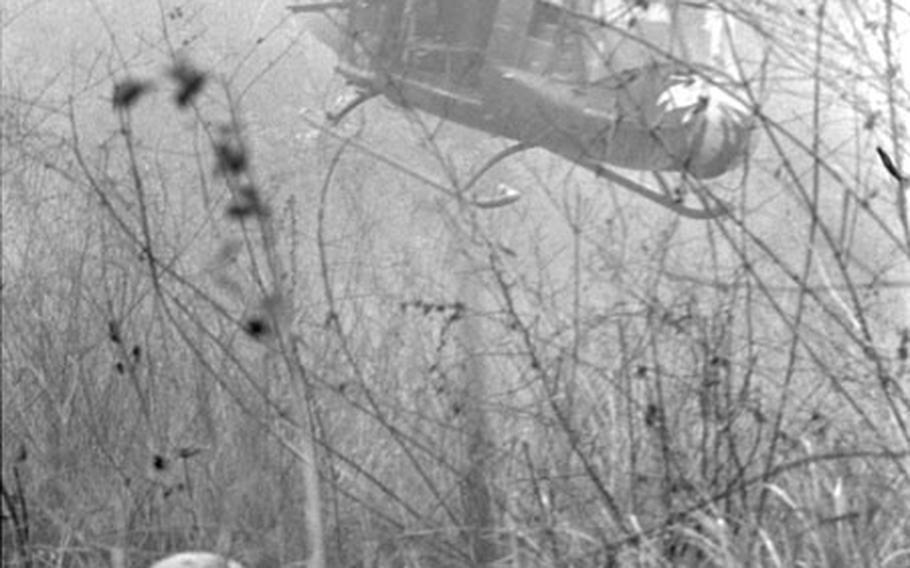 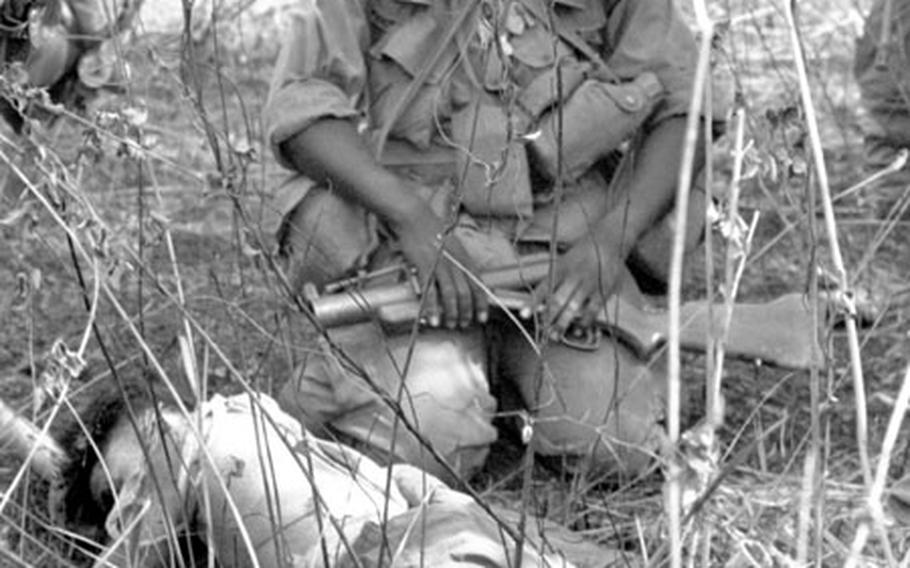 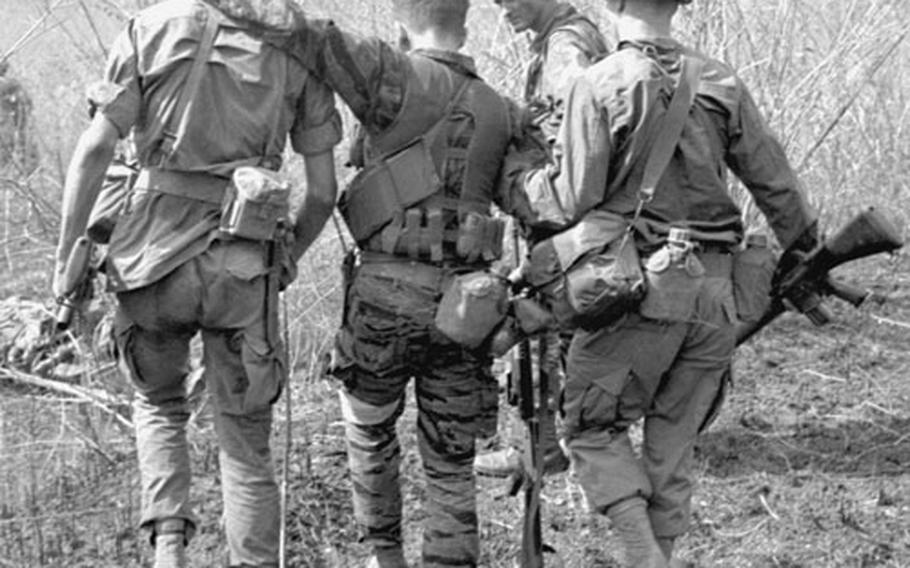 During an April, 1968 mission to recover the body of a fallen comrade in Vietnam, soldiers take cover from snipers, watch over a wounded Viet Cong, and help a fellow soldier back to a helicopter. (Bruce McIlhaney / ©Stars and Stripes)

After being almost overrun by an enemy platoon fresh from North Vietnam, the remainder of a 9th Inf. Div. Long Range Reconnaissance Patrol (LRRP) wanted to take them on again and bring out the body of a friend left behind.

The U.S. troops had set up an observation and ambush position but were forced to spring their ambush before setting out all their Claymore mines. The Reds were stopped by the first volley of fire but then they pushed into an exposed flank forcing the U.S. soldiers to retreat, carrying two dead comrades and radioing for help.

A pick-up helicopter was faced with landing on a burning field to reach them. The Reds had set fire to the field but the helicopter managed to land. Forced to scramble, the troops had to leave behind one of the bodies.

When they reached the division base camp at Bearcat, the troops demanded to go back to pick up their friend.

An escort, A Co., 2nd Bn., 47th Inf., was provided for the mission. The first flight of helicopters received light sniper fire.

Corpsmen located the body of their comrade, placed it on a stretcher and the company, in solemn silence, walked back to the landing zone.