From the S&S archives: German girl, 15, sought for role by Preminger 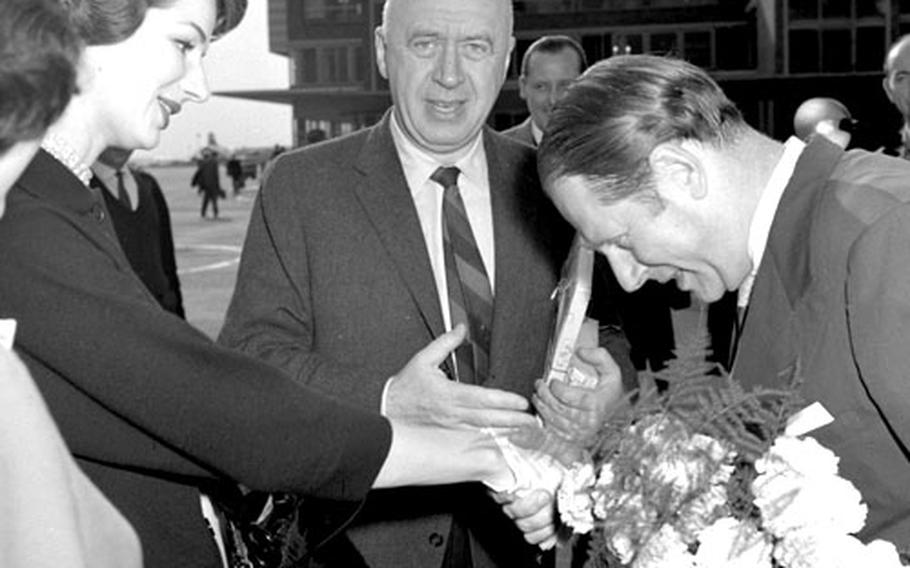 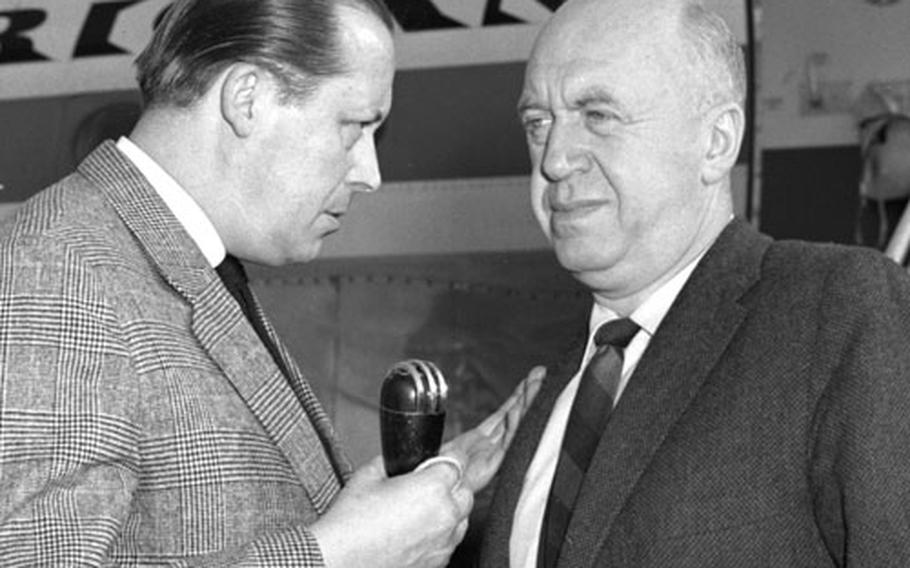 Producer Otto Preminger arrives in Frankfurt in September, 1959. With him is Hope Bryce, frashion adviser for the film "Anatomy of a Murder." (Ted Rohde / ©Stars and Stripes)

FRANKFURT &#8212; Otto Preminger, controversial Hollywood producer, is looking for a 15-yearold German girl to play one of the major roles in his forthcoming motion picture "Exodus."

"She can be known or unknown, but she has to speak perfect English with a German accent," the Austrian-born film magnate said.

Preminger stopped here Wednesday after attending the European premier of. "Anatomy of a Murder," held Tuesday in Berlin.

The much discussed motion picture will be shown at Army and Air Force theaters in Europe soon.

From Austria, Preminger will go to Paris.

Preminger plans to begin shooting "Exodus" the middle of March.

"It will all be shot in Israel and we hope to release it about Christmas of 1960," Preminger said.

Paul Newman and Eva Marie Saint will play the lead roles in the film.

While the book "Exodus" is breaking records as a best-seller in the U.S., Preminger said he bought motion picture rights to the novel &#39;long before the public heard of it.

"It&#39;s the story of the birth of Israel, but I don&#39;t think the motion picture will be controversial," Preminger said.

The independent Hollywood producer said he really lives and works in New York. "Maybe I&#39;m a traitor to Hollywood, but New York is my home and I love it," Preminger said.