From the S&S archives: Gen. Spaatz arrives for visit in U.S. zone 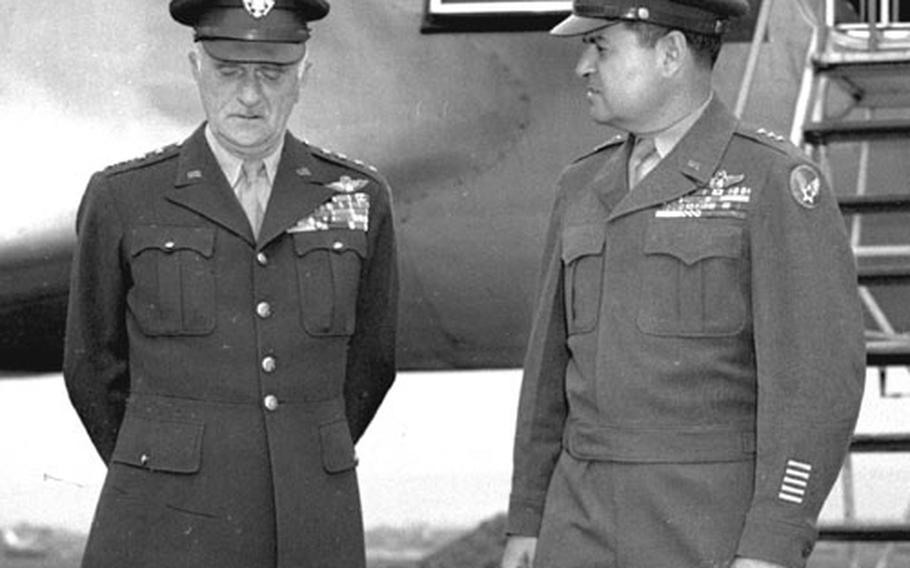 WIESBADEN, Germany &#8212; Gen. Carl A. Spaatz, resigned chief of staff of the U. S. Air Force, arrived here by plane today from Paris. He was met at Wiesbaden Airport by Lt. Gen. Curtis E. Le May, commander of the U.S. Air Force in Europe.

The wartime commander of the U. S. Strategic Air Forces in Europe said he had come for "a last look at Germany" before he retired. He was accompanied by Mrs. Spaatz. They are scheduled to go to London by plane tomorrow on the return flight to the U.S.

An honor guard of elements of the 7892nd Inf. Regt, and the 501st Air Sv. Gp. was inspected at the field by Spaatz after ruffles had been sounded by the 680th Air Force Band.