From the S&S archives: Fret not: Hendrix's Strat lives 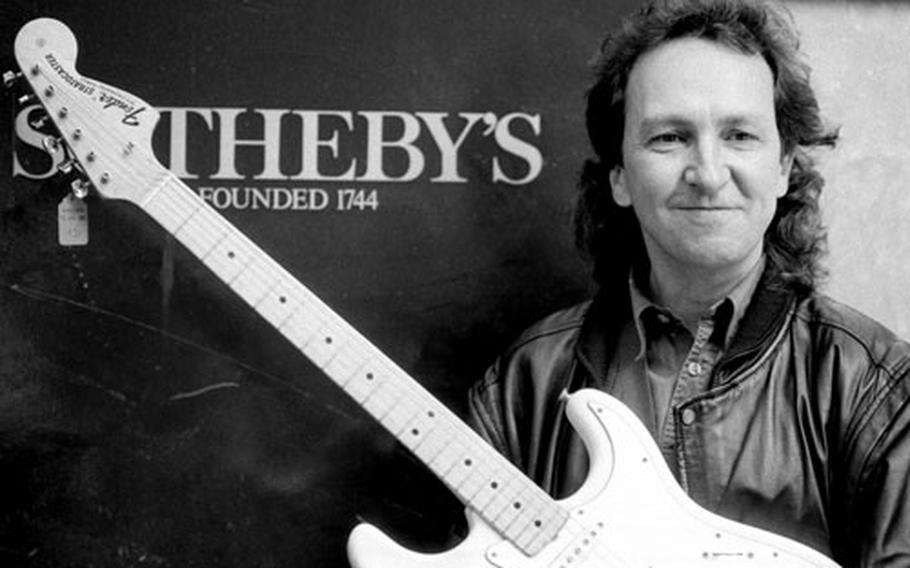 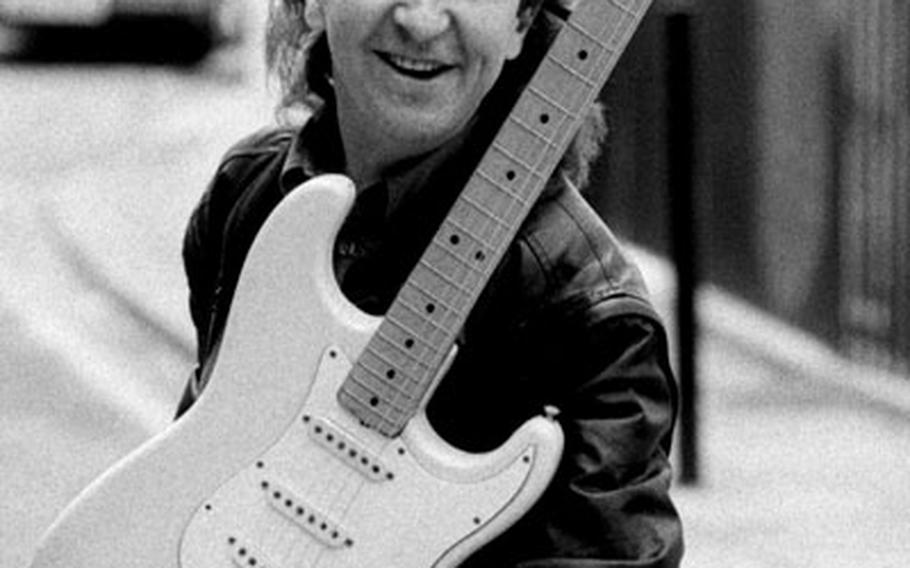 Mitch Mitchell with the guitar given to him by Jimi Hendrix. (Dave Diehl / ©S&S) A PAIR OF cigarette burns on the neck of just any old guitar would probably lower its resale value.

But when those cigarette burns were put there by one Jimi Hendrix, the price will probably soar.

Hendrix no doubt left the cigarettes wedged in the guitar&#39;s strings during a wild riff in something like The Wind Cries Mary or All Along the Watch Tower.

No one is willing to estimate how much the effects of those neglected cigarettes added to the $330,660 selling price that Hendrix&#39;s Fender Stratocaster fetched last week at Sotheby&#39;s auction house in London. But it is certain that the legend it belonged to and what was played on it was the source of the bulk of its value.

The biggest benefactor of the sale was the guitar&#39;s owner, the diminutive drummer and friend of Hendrix, Englishman Mitch Mitchell. Hendrix gave Mitchell the white Stratocaster &#8212; bought new sometime around 1966 for a few hundred dollars from Manny&#39;s Music Shop in New York City &#8212; in 1970.

The value of the guitar lies mainly in the fact that Hendrix used it to play not only The Star-Spangled Banner at the Woodstock festival, but most of his studio work performances near the end of his brief career. It is also one of the few Hendrix guitars still around; the late guitarist was known to smash his instruments at the end of his concerts.

Mitchell, who was one of the last people to see Hendrix before his drug-induced death in 1970, insisted that he wasn&#39;t selling the Stratocaster for the money. He decided to auction the left-handed six-string guitar because, he said, the insurance he had to take out to keep it was getting too high. Besides, he added, "It should be out there being played."

Whether or not the guitar will be played is open to question.

Maycock thinks the high prices may signal the beginning of a memorabilia market that could send prices for similar items skyrocketing. Owners of other rock &#39;n&#39; roll memorabilia may now come forward with their goods after seeing what the Hendrix guitar sold for.

"I would hope that this prompts others," Maycock said.

Maycock said most of the buyers who show up at Sotheby&#39;s rock &#39;n&#39; roll sales are collectors. One of the biggest customers is the Hard Rock Cafe company, which displays the wares in its restaurants around the world.

Among the 500 items in last week&#39;s sale was the suit worn by David Bowie on his 1987 tour. The two-piece pin-stripe suit, autographed by Bowie, sold for more than $16,000. There were dozens of Beatles artifacts, including a pair of John Lennon&#39;s glasses, and a 1969 Mercedes Benz that once belonged to Elvis Presley, which sold for $159,819.

Sotheby&#39;s holds auctions of rock &#39;n&#39; roll and film memorabilia regularly, as do the London-based Phillip&#39;s and Christie&#39;s auctioneers.