From the S&S archives: Freddy Fender: Looking back to see ahead 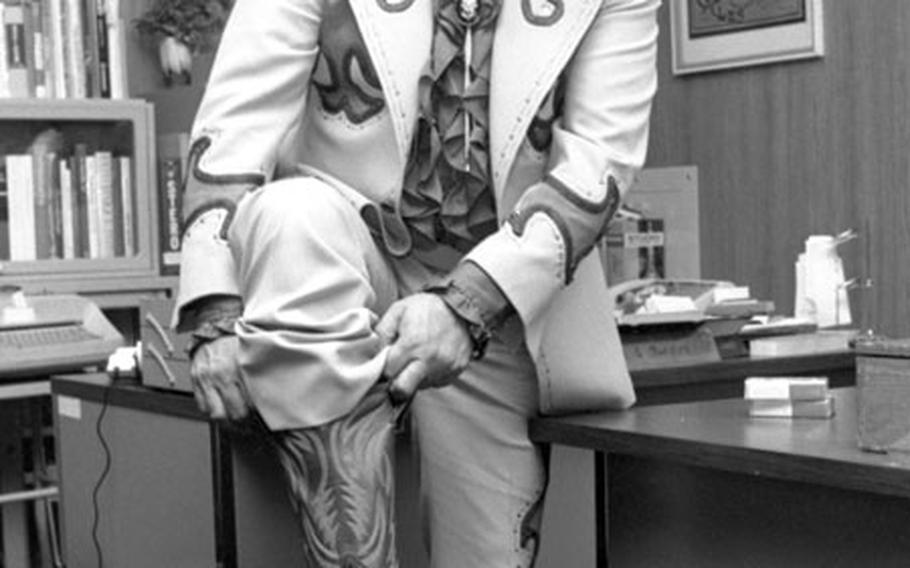 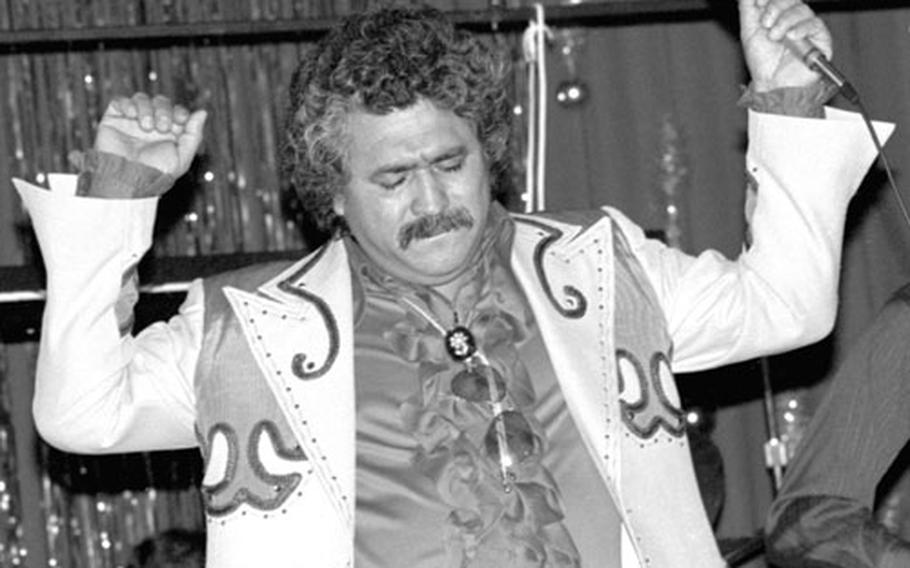 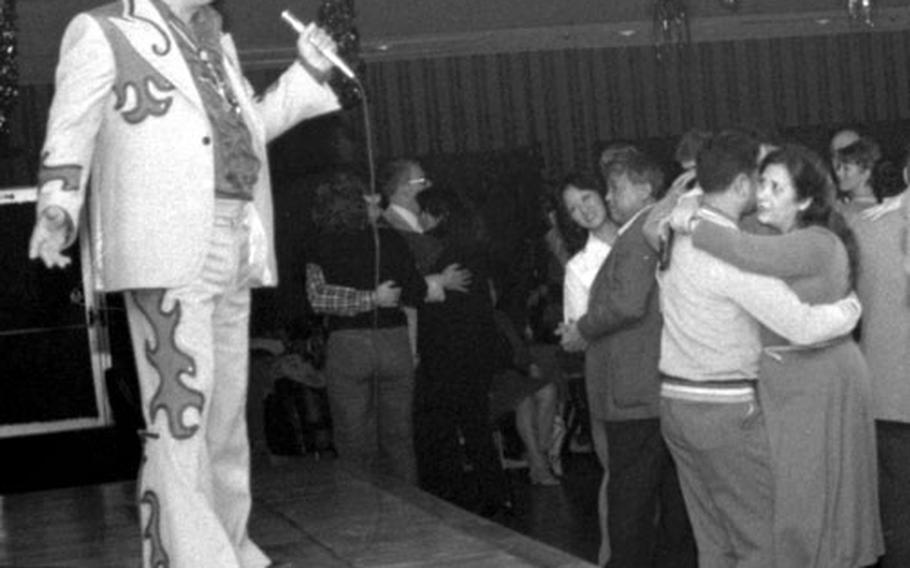 Freddy Fender&#39;s back on the road. But, then again, he never left it.

It&#39;s a road that stretches back through the dusty cotton fields of Arkansas to the muddy beet farms of Michigan where, as Baldemar G. Huerta, he grew up in a migrant family surrounded by nine or 10 brothers and sisters. "There were so many, I never did bother to count &#39;em," Fender says.

It was a hard life, following the crops from Texas to Michigan and back. It meant sweating in the heat, shivering in the rain. Often the family left in the middle of the night, always trying to make that next harvest.

Currently, the road is taking him to military bases in the United States, Europe and the Far East. So far, there have been 54 40-minute bursts of energy along the way. No more, no less.

These days he has a measured approach to life. At 45, the ex-Marine, the ex-con, the country singer whose last big hit, "When the Last Teardrop Falls," was in 1975, Fender knows he can&#39;t afford to waste anything any more.

Although he is a Mexican-American of some fame, he chooses riot to be country music&#39;s Cesar Chavez.

"I hate to be a symbol," he says, referring to the migrant workers&#39; leader. "You&#39;re in a very delicate situation. A lot of things can go wrong. It&#39;s like the son who worships his father and then his father shows him that he is human and he has faults. The son is crushed."

It is an odd simile, perhaps, for a man who barely knew his own father, who died when Fender was 7. "Most of the migrating that I did was with a step-father," he says. "I never got the education that a father can give you. A step-father can educate a stepson if he wants to, but if he don&#39;t ...

"I remember we were picking cotton in Arkansas one time and he told me to get in the truck and drive the cotton to the gin. Well, I didn&#39;t know how to drive. I was just a kid. But he was a hard man sometimes, so I got in. And huffin&#39; and puffin&#39;, I got that truck to the highway and then to the gin," he says with bitterness.

"But, you see, that was the way I learned things from him &#8212; the hard way. A real father would have taken his time to show me. Not just tell me to do it."

Fender&#39;s bitterness melts away when he talks about his mother.

As a child he didn&#39;t see the hardships as hardships. "I think I was protected by my youth. I just didn&#39;t know things were so hard," he says.

Most of those good times were found on street corners singing for crowds and playing an old beat-up guitar with no back.

Life is reward and punishment, he says, and his reward was people telling him he could sing.

What his instincts didn&#39;t tell him was that he couldn&#39;t make it as a Marine.

The rough-tough Marines: It was an image he tried to live up to. Unfortunately, there were no Koreans or Chinese to fight &#8212; just other Marines.

He&#39;d get a little drunk and jump on any Marine that happened to be nearby, and before he knew it, he was in trouble.

In the "almost three years" he spent with the Marine Corps, nearly a year was spent in the brig &#8212; 30 days the first time, three months the next, and the next time it was six months and a bad-conduct discharge.

Twenty-six years later, a wiser Fender says, "I can see where the system then just didn&#39;t have the time to handle young guys like me."

He can even find something good about leaving the Corps under less than honorable conditions.

"I found out that I couldn&#39;t get a good-paying job because of that discharge," he says. "And I didn&#39;t qualify for the GI Bill. So, you see? I had to keep singing. It was the only thing left open to me."

But in 1956, it was an angry, bitter young man who left the Marines. "I don&#39;t mind telling you that I used that discharge for toilet tissue," he says.

The anger has gradually given way to a gnawing feeling of incompleteness.

His current tour was brought on partially by his nostalgia for the Corps, he says. It was a chance to revisit Okinawa, where he spent some of his days as a Marine.

"I just wish I could have played Camp Fuji (Japan), where I was with a tank outfit," he says. "It was Baker Company, 4th Battalion, 3rd Marine Regiment."

But there is a practical side to his nostalgia. "Times are hard for all entertainers in the United States because of the economy," he says. "I thought that this tour (which is costing the club system $200,000) would be a good way to prepare financially for next year."

Following the Marines, Fender went to Texas, where he sang in beer joints and at Chicano dances. Locally, he was becoming big time. Nationally, no doors were being opened. Even changing his name, a move designed to "helped sell my music better to gringos," didn&#39;t help.

"My manager, Huey Meaux, came up with Fender, after the musical instrument, and I plucked Freddy out of the air," he says, and then jokes, "I always thought that Billy Orbit or Freddy Gibson would have been nice, too."

Fender&#39;s career was taken out of his hands when, in 1960, police raided his Baton Rouge, La., motel room and found him with two marijuana cigarettes. Three years later he walked out of Angola State Prison, trying to pick up where he left off.

But it would be 11 years before he hit it big with "Wasted Days and Wasted Nights," a song that was recorded in 1959 but not released until 1974, when it was felt his notoriety was a thing of the past.

But some people never forget. While on Okinawa last week, Fender says, there was an officer who wouldn&#39;t come to his concert because he considered Fender a dope addict.

Only once has he put his career &#8212; his security, his next meal &#8212; on the line. Three years ago, he quit recording after some conflicts with his manager. Although his two big hits, "Wasted Days" and "Teardrop" had sold 2 million copies each, he still wasn&#39;t a household word among country music fans.

The concerts remained. ("With country, you don&#39;t always need to have a record on the charts.") But it was taking 10 shows to make what he used to in two.

"I had to keep going, though. I knew that if I stopped it would be the end of my income."

But that period is over, he says. The differences with his manager have been patched up. He has signed a new recording contract with Warner Brothers and is represented by the prestigious William Morris talent agency.

Fender&#39;s new album, according to his road manager, Jerry Walton, has six potential hits. The single that will be pushed is "Your Love&#39;s the Choking Kind," due for release on Jan. 12.

"Most of my good songs are sad," Fender says. "I like happy songs. But maybe because of the kind of life I&#39;ve had, the songs I write tend to be sad."

Fender has married the same woman three times and, according to a friend, soon may be divorced again.

Another of Fender&#39;s vows, however, is one that he surely will keep, Walton says. There will be no more hangers-on, no more handouts.

"After the success he found with those first two hits, there was always someone wanting something," says Walton, who has been with Fender for six years.

Like the man who, after one of Fender&#39;s shows, took the star out drinking. During the evening, Fender gave the man a $2,500 diamond ring. "That ring meant a lot to Freddy," Walton says, "and I could see that the guy only took Freddy drinking to get something &#8212; anything &#8212; out of him."

Walton managed to retrieved the ring. "But Freddy has learned to watch out for people like that," Walton says. "Success seems to bring them out of the woodwork."

Fender is more cautious now &#8212; to the extent that he won&#39;t lend his name to any cause. For now, he has become a minority of one.

"I&#39;ve made it a policy not to get politically involved," Fender says. "There would be people against whatever stand I took.

Besides, he says, "Nobody helped me when I needed help. There was nobody there except Freddy Fender.

"I don&#39;t want to seem cold-blooded. I love my heritage and I will always be proud of what I am. But everybody knows that the majority of the United States is Anglo. And they&#39;re the ones who made Freddy Fender."

Then, in a voice that reaches back to those migratory days, he sighs and says, "Look, the way I see it is go out and get all the education and skills you can and then climb the ladder yourself, man. The way I did."