From the S&S archives: Four-power setup: A story of Allied unity 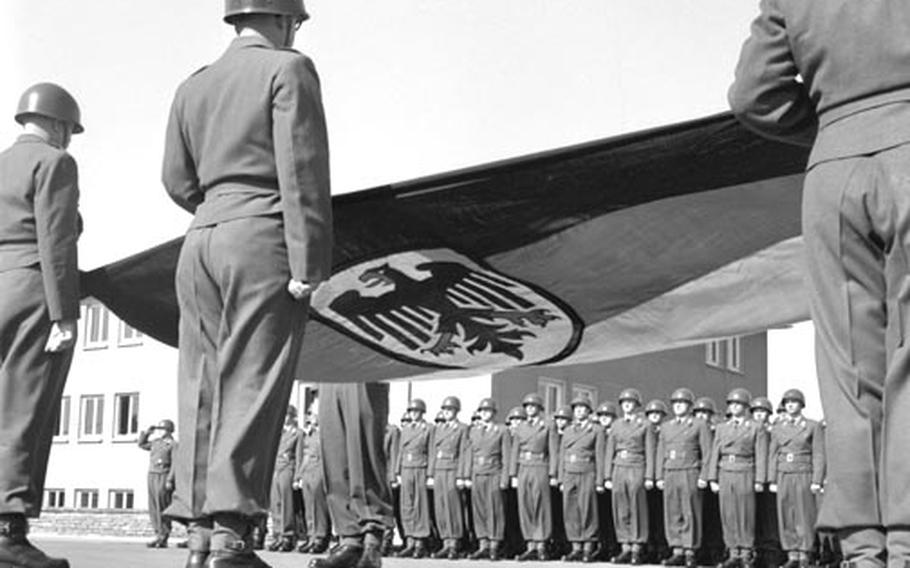 German soldiers are sworn in at a ceremony in Zweibruecken, Germany, in April, 1957. (Lloyd Borguss / ©Stars and Stripes)

German soldiers are sworn in at a ceremony in Zweibruecken, Germany, in April, 1957. (Lloyd Borguss / ©Stars and Stripes) 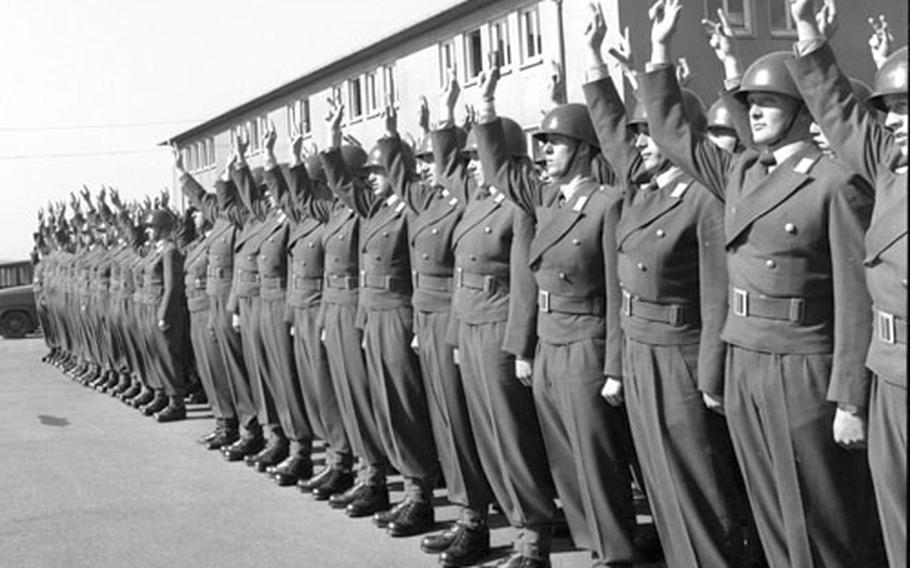 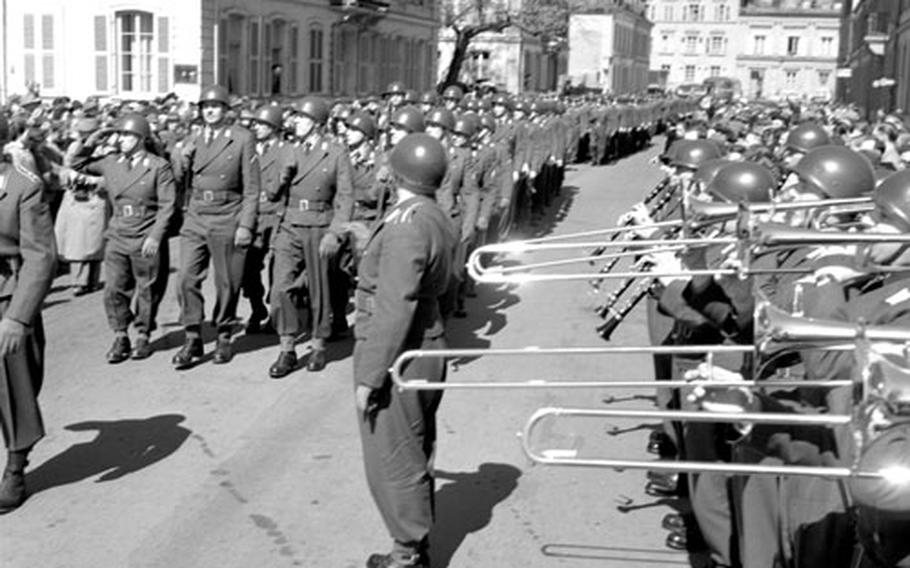 THE FOUR-POWER military setup at Zweibruecken, Germany, is an amazing story of Allied cooperation and unity &#8212; French, German, Canadian and American soldiers living and working together &#8212; and enjoying it.

No more appropriate site for such a demonstration could have been selected. Zweibruecken, during its nearly 2,000 years of recorded history, has been involved in every major European conflict. Twelve kilometers from where the Saar, German and French borders now meet, Zweibruecken has been destroyed and rebuilt a number of times.

The last time was on the evening of March 14, 1945, when Allied bombers pounded the ancient town for 25 minutes, leaving it not much more than a pile of rubble. The four-power military setup is part of Zweibruecken&#39;s steady recovery today.

French units are located in the town nearby and Canadian units at the RCAF 3 Wing just outside Zweibruecken, respectively. The four separate commands, while independent of each other, work together in a spirit of harmony and cooperation that would have been unbelievable a few short years ago.

In addition to an international advisory council including military and German civil representatives, all four commands participate in the annual Union of Hearts Day, celebrating the successful joint recovery program of the area, and in Armed Forces Day demonstrations.

There is even a so-called international courtesy patrol, made up of MPs from the four commands, which tours the area on paydays and over weekends. Few serious cases ever develop and no one can remember the last incident of ill feeling between members of any of the services.

There&#39;s also an extensive athletic program involving teams of all four countries, in such sports as soccer, basketball, bowling and tennis.

The situation is very encouraging when one learns that the present Canadian wing was the same which leveled the town 12 years ago. As for the supposed traditional animosity between Germans and Frenchmen, there is none in evidence at Zweibruecken.

As with all military communities anywhere in the world, the four nationalities tend to keep to themselves, with Canadians and Americans getting together more frequently than with the others. However, with the new German unit (9th QM Trans Bn) quartered in the same casern, there is a growing fraternization between Germans and Americans as well.

The American units in Zweibruecken include the 1st Repl Bn, the 601st Guided Missile Bn (Air Force) and the 26th Ord Co.

Lt Col Charles G. Turner, CO of the 1st Repl Bn, holds also the unique designation of casern coordinator. He is the direct link between German and American military affairs in the area.

"I&#39;m constantly amazed," he said, "at the friendly way we all get along here. I guess that&#39;s the most significant aspect of the whole thing."

The German unit, commanded by Maj Emil Meffert, arrived last November. The cadre is comprised almost entirely of old German army men like 1st Sgt Erwin Schwab. He served in the German air force from 1938 to 1945 and later worked for a number of years at USAFE Hq in Wiesbaden, Germany.

He said he was "losing money" by returning to military service, but that it gave him a sense of importance. The German government pays for his quarters "on the economy." Schwab is married and he and his wife have obtained an apartment in Zweibruecken which rents for 84 marks a month, unfurnished and without utilities.

The German force is presently training with U.S. M-1 rifles. A typical day&#39;s basic training includes two hours of outdoor drill and two hours, of sport in the morning and four hours of classroom work in the afternoons. German soldiers work a half day on Saturday and have numerous holidays during the year.

Schwab says relationships between all ranks are usually friendly and as informal as possible. Shaking his head, he said