From the S&S archives: Ford shows 'dream car of future' 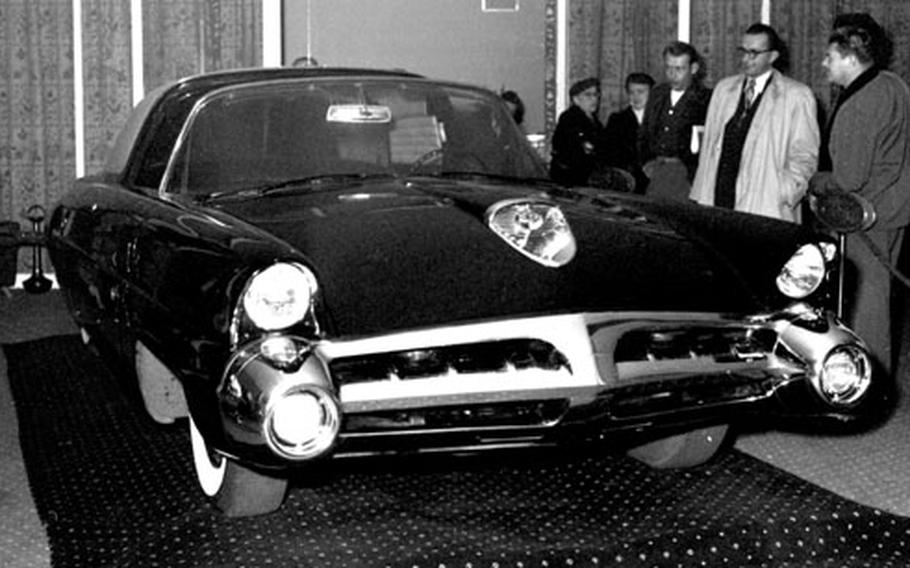 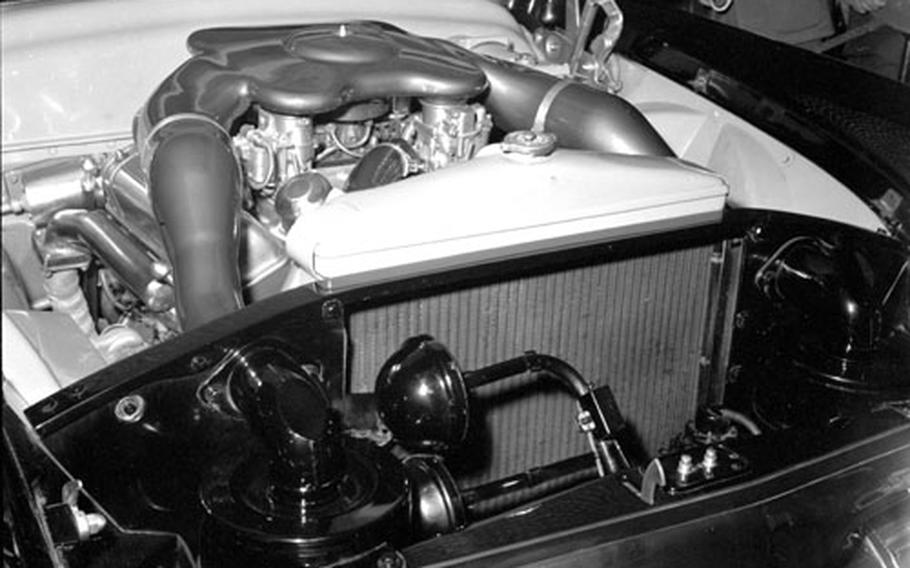 Under the hood, the X100&#39;s features include a 30 horsepower engine and two horns — a loud one for country driving and a softer one for the city. (Sam Vestal / ©S&S) The console includes switches for such features as the telephone and the automatic jacks for each tire. (Sam Vestal / ©S&S) 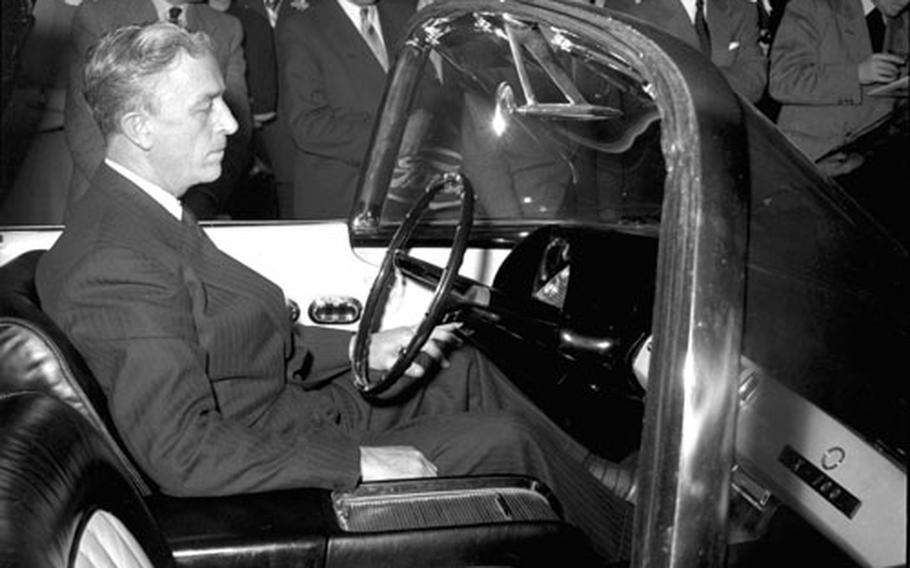 Ford engineer Paul Adams has te best seat in the house for the showing of the X100. (Sam Vestal / ©S&S) Using a water dropper, Adams demonstrates how the X100&#39;s roof closes at the first sign of rain. (Sam Vestal / ©S&S)

BONN (S&S) &#8212; When the engineering staff of a major American automobile producer lets its hair down to create a "dream car of the future," what do you get?

The X100, exhibited recently at the Paris and London auto shows and at the HICOG community center in Bad Godesberg, comes complete with telephone, dictaphone and electric shaver.

Ford, which admits it undertook the X100 to keep pace with General Motors&#39; futuristic "Sabre," calls its dream car "a laboratory on wheels for testing new engineering features."

The X100 is a two-door convertible, seats five passengers, has a 12.3-inch wheelbase and weighs 5,900 pounds. The car has 665 pounds of electrical equipment connected by eight miles of wiring.

Its black steel and aluminum body has a revolutionary sliding roof panel of transparent, non-glare heatproof plastic over the driver&#39;s compartment. The panel can be retracted under the stationary roof section either by an instrument panel switch or by added pressure on a push button which opens the car door.

If the sliding roof is open when the car is unattended, the first drop of rain actuates a "rain cell," or moisture-sensitive electrical switch, on the roof, and panel and windows close automatically.

The special, high-compression, overhead-valve engine has an entirely new intake manifold-carburetor system. There is the equivalent of 12 single venturi carburetors.

The power-operated hood and rear deck lids are opened, closed, locked and unlocked by switches on the instrument panel. Each wheel has a built-in electrically operated jack. Push buttons have replaced door handles.

Accessories include a dictaphone, radio-telephone, electric shaver, and a 10-tube signal-seeking radio with separate controls for front and rear seat passengers. There is a soft horn for city traffic and a louder one for country driving.

The "car of the future" has a built-in battery charger. It serves to maintain the battery charge when the automobile&#39;s electric devices are being demonstrated while the engine is not running.

The chassis frame is of special construction for maximum rigidity, with new-type body mountings. To hold down weight in body structure, more than 300 pieces of aluminum and other light metals were substituted for heavier traditional counterparts. The substitutions have reduced "lazy weight" in the car body by 250 pounds.

There is only one X100, a hand-built car, and there probably will never be another. "There is no intention to produce the car commercially. It is just a laboratory on wheels. Some of its features will go into future models, some will be junked." Ford says.