From the S&S archives: Fed-up author may snub 'Group' film 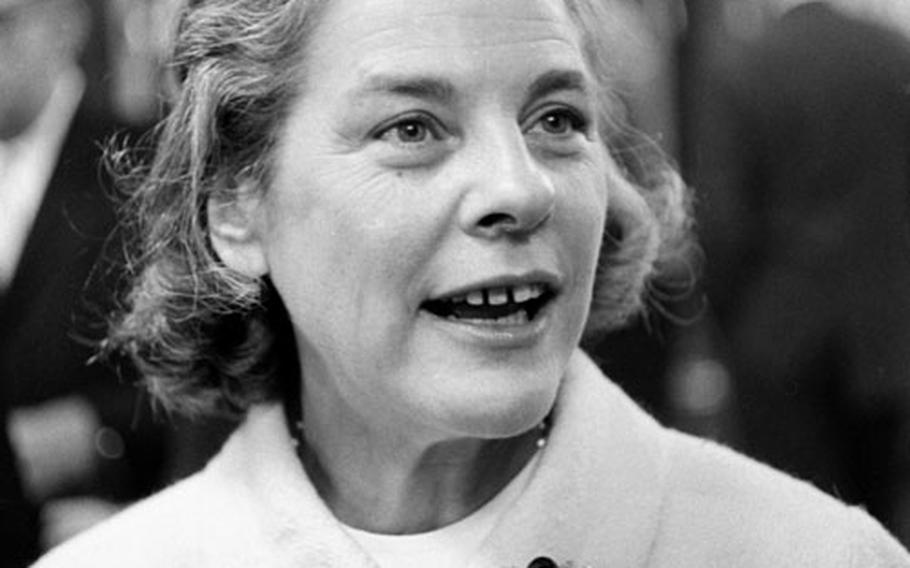 FRANKFURT, Germany &#8212; "I&#39;ve washed my hands of the whole thing," Mary McCarthy, author of the best-selling novel, "The Group," said when asked if she had seen the script for the movie being made from her book. "I made a final decision when I sold the rights to the book," she added. "I may not even see the movie."

While attending a reception given for her at the America House by George C. McGhee, ambassador to Germany, and his wife, she said she planned no sequel to "The Group."

The 1933 Vassar graduate was in Frankfurt to participate with several German writers in a symposium on "The Role of the Author in Contemporary Society."

Miss McCarthy, who wrote unflinchingly of the experiences of nine of her Vassar classmates in "The Group", disproved the opinion that she is the only one of the group who had not changed tier hairstyle in 30 years. Dressed in a white wool suit, her hair was not arranged as most of her pictures show in a bun at the nape of the neck, but rather cut short and pulled back to her ears.

Miss McCarthy, credited with a sharp tongue by her former classmates and present contemporaries, was on her good behavior for the group of publishers in town for the Frankfurt International Book Fair. Although she sidestepped direct questions about "The Group" and the sensation it created, she was happy to announce that her latest novel translated into German, "The Company She Keeps," had sold 40,000 copies the first two weeks it was on the book stands.

An animated speaker, she was more at ease during the symposium discussing the worth of the writer in modern society.

She said she thought the writers behind the Iron Curtain "occupy an infinitely more important place in society than those in the United States or England." Because of the curtailment of political freedom in the communist countries, she said "a writer&#39;s words are waited for and listened to.

"In our Western society, the writer doesn&#39;t occupy such an important place. I don&#39;t think he&#39;s listened to very much."

She set down two rules for the writer who sought to engage in political activities; he should speak up infrequently and always as an amateur.

"I do personally try to make it a policy not to sign manifestos," she stated. "Occasionally I do, but I try to do it only when it is necessary." She added later, "By the way, I am against our Viet Nam policy and I have signed something to that effect."